Almost 100 attacks on Christians and Christian institutions in Germany https://t.co/e80SgQU2X2

– “Oh You Cross-Worshippers, We’ll Kill You All” – Muslim Persecution of Christians, August 2017:

A document drafted by members of the global Christian community convening at the 3rd International Christian Forum, held in Moscow, detailed how over the past ten years the Middle East’s Christian population has shrunk by 80% and warned that unless current trends are reversed, Christianity “will vanish” from its ancient homelands in a few years’ time. Around the year 2000, there were 1.5 million Christians in Iraq; today there are only 100,000 — roughly a 93% percent drop, the document notes. In Syria, the largest cities “have lost almost all of their Christian population.”

Other experts offered similarly dismal statistics. The Center for the Study of Global Christianity at Gordon-Conwell Theological Seminary in Hamilton, Massachusetts, had predicted that by 2025, the percentage of Christians in the Middle East — which in 1910 was 13.6% — could go down to around 3%.

Read more“Oh You Cross-Worshippers, We’ll Kill You All” – Muslim Persecution of Christians, August 2017 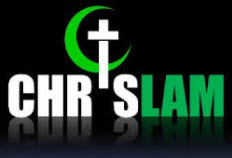