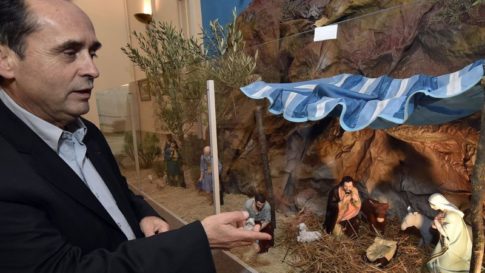 – FRENCH MAYOR’s got some big brass ones…refuses to cave to secularist pressure, WILL NOT remove nativity scene from City Hall:

Robert Ménard, the “populist” mayor of Béziers in France, has been told by a court to permanently remove a nativity scene from city hall, but Ménard has vowed that “We will never yield on our culture!”

Breitbart  The controversy surrounding the placement of the nativity scene began in 2014 shortly after Ménard had been elected mayor of the city. Complaints were lodged against the religious scene, with some claiming that it violated the strict secularisation laws in France, and now the administrative court of appeal of Marseille has judged that the 2014 nativity had no place in the city hall, L’Express reports.

Ménard, despite the court case, also put up a nativity scene in 2015, 2016, and plans to have one this year, as well. According to the Béziers mayor, the new scenes will reflect local regional customs.