What do you do when you are one of the biggest indices in Europe and are unable to rise simply because two of your biggest constituents, if not so much in market cap any more but certainly in terms of systemic importance,  just can’t catch a bid? Why you delete them, of course even if the two names in question happen to be Europe’s two largest banks, Deutsche Bank and Credit Suisse.

– FBI Opts to Investigate Source of DNC Leaks, Rather Than Rigged Primary:

For those not up to speed with the circus surrounding the 2016 presidential race, here’s a quick summary of one of the biggest developments in the last week and a half. On July 22nd, Wikileaks leaked emails showing top figures of the Democratic National Committee worked to knock Bernie out of the primary and manipulate the media. Clinton’s campaign responded to the leaks the next day by blaming Russia, and it has since been theorized the Russians did it to help Donald Trump’s campaign.

Read moreFBI Opts to Investigate Source of DNC Leaks, Rather Than Rigged Primary

– The Looming Financial Crisis Nobody Is Talking About, but Should Be 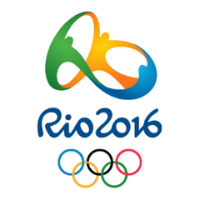 As the Olympic Games are set to get underway in Rio de Janeiro, the host country is experiencing a couple of “minor glitches.”  Already reports have come in of gas leaks in athlete rooms (rooms which the Australians have labeled “uninhabitable”), athletes being robbed, a collapse of the main boat ramp intended for use in sailing competitions and a minor problem with water quality which an AP study found to be “contaminated with raw human sewage teeming with dangerous viruses and bacteria.”

The New York Times published an interesting analysis Monday morning that showed only 9 percent of the country voted for either Hillary Clinton or Donald Trump in the primary elections. That figure counts all citizens of the U.S., including children and felons, neither of whom have the right to vote.

When counting only eligible voters, the number rises to a paltry 14 percent. And this is the total between Trump and Clinton combined, which means the number of people who voted for just one of these candidates is actually much lower.

Here are before-and-after pictures of what the U.S. government has achieved, in the Middle East: 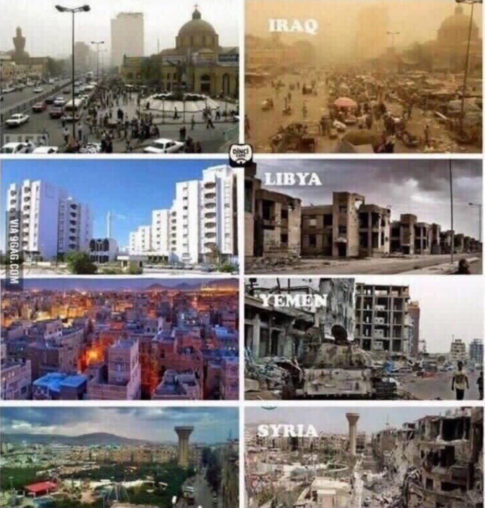 What’s especially interesting there, is that in all of these missions, except for Iraq, the U.S. was doing it with the key participation of the Saud family, the royals who own Saudi Arabia, and who are the world’s largest buyers of American weaponry. Since Barack Obama came into the White House, the operations — Libya, Yemen, and Syria — have been, to a large extent, joint operations with the Sauds. ‘We’ are now working more closely with ‘our’ ‘friends’, even than ‘we’ were under George W. Bush.

As President Obama instructed his military, on 28 May 2014:

– If You Disagree With This Harvard Economist You May Be Stupid And A Racist:

Shocked by the inexplicable realization that Americans are stubbornly unwilling to bow down and blindly accept the political and economic views of the educated elites in this country, Harvard Professor Gregory Mankiw recently took to the New York Times to pen an op-ed where he concluded that the only possible reason for the lack of conformity to his point of view is the stupidity and racism of the electorate.  An article by Adam Button at forexlive, called our attention to the recent op-ed which he described as a “dazzling display of contempt for the public from a Harvard professor who can’t believe that voters aren’t listening to the gospel of the economic elites.”

In 2010, Social Security (OASDI) unofficially went bankrupt.  For the first time since the enactment of the SS amendments of 1983, annual outlays for the program exceeded receipts (excluding interest credited to the trust funds).  The deficit has grown every year since 2010 and is now up to 8% annually and is projected to be 31% in 2026 and 44% by ’46. The impact of the collapse of the growth among the working age population and swelling elderly population is plain to see.  And it will get far worse before it eventually gets better.

– THE DEMOCRATIC PARTY NO LONGER EXISTS:

The organized Democrats–the Democratic National Committee–have shown themselves to be even more venal and corrupt than the Republicans. Leaked emails document that the Democratic National Committee conspired with the Hillary campaign in order to steal the nomination from Bernie Sanders. It is clear that Sanders was the choice of Democratic Party voters for president, but the nomination was stolen from him by vote fraud and dirty tricks.

Read moreDr. Paul Craig Roberts: THE DEMOCRATIC PARTY NO LONGER EXISTS …. And an orchestrated war with Russia has all of us marked for extinction

– And The Best-Selling ‘Book’ On Amazon This Week Is…

– Miracle Baby’s Brain Tumor Shrinks to Nothing with Natural Treatment of Cannabis Oil:

The father of an eight month old baby with a brain tumor is able to avoid chemotherapy and radiation and get approved for treatment with Cannabis oil, which reduced the tumor to effectively zero over a period of just 8 months.

Please watch and share this important story about the powerful natural medicine of Cannabis and how it is indeed a better option for some than chemotherapy and radiation.

I had to invest more money into computer repair (doing it all by myself) than the website has earned this month. 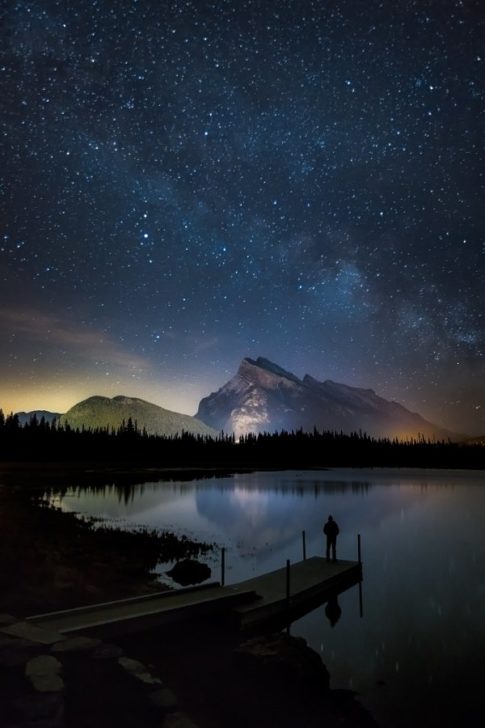 Earlier this year, the director of marketing and sales at the Austrian Mint confirmed to Bloomberg in an interview that the Mint’s combined gold bar and gold coin sales in 2015 had totalled 1.32 million troy ounces, a 45% increase on 2014, while the Mint’s silver sales in 2015 had reached 7.3 million ounces, a figure 58% higher than in 2014.

Since Münze Österreich, or the Austrian Mint in English, only publishes its annual report in July of each year, we had to wait a few months to see the granular details behind these sales numbers. Now that the Austrian Mint’s 2015 Annual Report has been published, the detailed sales figures are as follows.

– Ohio Supreme Court Strikes Down Law Banning Cops from Having Sex with Minors:

An Ohio cop narrowly avoided being sent back to prison for having sex with a 14-year-old boy after the state supreme court ruled in his favor last week, stating that a law barring cops from having sex with minors was unconstitutional.

In the 4-3 decision, the Ohio Supreme Court determined the law violated the state’s Equal Protection Clause of both the U.S. Constitution and the Ohio Constitution because it imposed a higher standard on cops than it did for the general public.

The Ohio sexual battery law includes provisions that make it illegal for people with “established authoritarian relationships” to have sex with minors, including teachers, coaches, administrators, scout leader, clerics and police officers.

– Italian Banks Crash Despite ‘All Clear’ From EU Stress Tests:

For a few minutes at the open, mainstream business media persuaded itself that the EU stress tests had proved that everything was fine in Europe’s banking system again. But very quickly, things went south with Italian banks – the center of the storm – reversing gains and then extending losses with Unicredit now down 8% (after being up 4%).

With Exxon Mobil sliding after earnings, Amazon’s market cap – for the first time ever – is now larger than the oil giant. Next stop AAPL…

“There has been much discussion about the growth in wealth inequality over the past three decades. Given the importance of student debt in explaining negative household wealth, it is likely that the steady growth in student debt and borrowing, combined with the very slow rate of student loan repayment we have documented elsewhere, has materially contributed and will continue to contribute to negative household wealth and wealth inequality“

– Thirteen hospitalized in Chicago after AC goes down:

Almost 30 U.S. Postal employees were treated Saturday morning for heat-related illnesses after the air conditioning went down in a postal office in Chicago.

Thirteen employees were hospitalized and multiple others sent home.

– We’ll get only one year to prepare for a supervolcano, say scientists

Perhaps only days or months

26 July 2016 – Super volcanoes can eject thousands of cubic kilometers of magma and ash into the atmosphere in a matter of days or few months. That much ash could devastate the entire planet, blocking out light and heat from the sun for years or even decades.

Unfortunately, super volcanoes give very little notice before they blow their tops, a new study in PLOS ONE has found.

Read moreWe’ll get only one year to prepare for a supervolcano, say scientists