Defense Secretary Ashton B. Carter established the board in March with Alphabet chairman Eric Schmidt as its head. Already, some of the members have spent time with airmen in Nevada and sailors in San Diego, and they’ll meet with other service members Tuesday at Fort Bragg, N.C., and Wednesday in  Tampa, at the headquarters of U.S. Central Command and U.S. Special Operations Command, Carter said.

This would be a good time to highlight the following articles in case you missed them the first time around:

Carter spoke Tuesday in Cambridge, Mass., as the Defense Department opened an East Coast office for its Defense Innovation Unit Experimental, better known as DIUx. The first DIUx office was opened last year in Mountain View, Calif., to build new relationships between Silicon Valley start-ups and the Defense Department; the new one is expected to do the same in Massachusetts, which includes companies that have such specialties as robotics and electronic textiles.

The board now includes 15 members and is at full size. Other members named Tuesday include Jennifer Pahlka, the founder and executive director of Code for America; Milo Medin, Google’s vice president for access services, broadband and fiber network; Instagram chief executive Marne Levine; J. Michael McQuade, United Technologies’s senior vice president for science and technology. Adam Grant, an organizational psychology professor at the University of Pennsylvania’s Wharton School; Richard Murray, a bioengineering professor at the California Institute of Technology; Cass Sunstein, a legal scholar at Harvard; Danny Hillis, co-founder of Applied Inventions; and Eric Lander, the founding director of the Broad Institute of MIT and Harvard, whose focus includes biomedical and genomic research.

Naturally, Cass Sunstein caught my attention. Why you ask? This is why.

While at Harvard in 2008, Sunstein co-authored a working paper that suggests government agents or their allies “cognitively infiltrate” conspiracy theorist groups by joining ”chat rooms, online social networks or even real-space groups” and influencing the conversation.

The paper also suggests that the government “formally hire credible private parties to engage in counterspeech.” That sounds an awful lot like the 50 Cent Party of online commentators who are paid per comment by the Chinese communist party to sway public opinion. 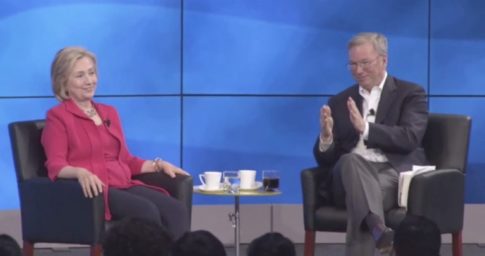