Remember when way back at 3am EDT, the SNB “intervened” to keep the “massively overvalued” franc lower? Yeah, that lasted about 7 hours. 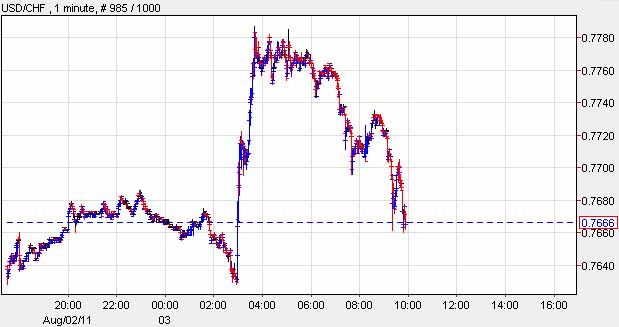 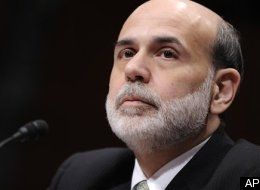 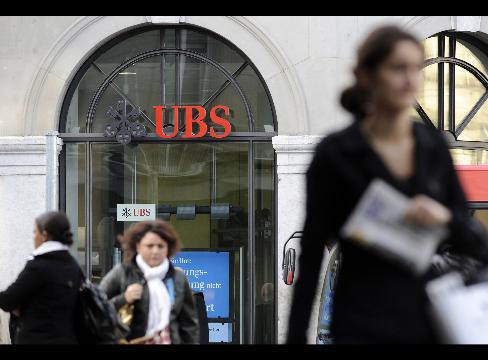 Oct. 13 (Bloomberg) — The Federal Reserve led an unprecedented push by central banks to flood the financial system with as many dollars as banks want, backing up government efforts to revive confidence and helping to reduce money-market rates.

The European Central Bank, the Bank of England and the Swiss National Bank will offer European banks unlimited dollar funds with maturities of seven, 28 and 84 days at fixed interest rates against “appropriate collateral,” the Washington-based Fed said today. The Fed had capped at $380 billion the currency it would swap with the three central banks.

Global economic leaders have redoubled efforts to unfreeze credit markets and avert the worst worldwide recession in thirty years after last week’s 20 percent slide in the MSCI World Index. Policy makers from the Group of Seven nations are committed to taking “all necessary steps” to stem a market panic, and European and U.S. governments today outlined plans to avoid banks failing. 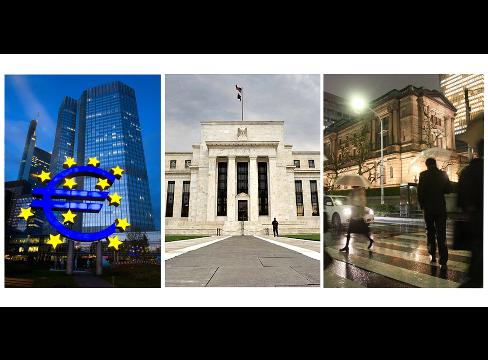 WASHINGTON (AP) – The Federal Reserve said Wednesday it is extending its emergency borrowing program to Wall Street firms and is taking other steps to ease a severe credit crunch that has hobbled the national economy.

WASHINGTON (AP) — The Federal Reserve announced Friday that it will expand a series of efforts to deal with the global credit crisis, in coordination with European central banks.The Fed said it was boosting the amount of emergency reserves it supplies to U.S. banks to $150 billion in May, from the $100 billion it supplied in April. The Fed took this action and several other moves to boost credit in coordination with the European Central Bank and the Swiss National Bank.

The latest moves are part of a series of actions the Fed has made since the credit crisis struck in August.

The efforts are designed to increase reserves so that banks don’t become hesitant about lending to consumers and businesses, which would make the current economic slowdown even more severe.

(The continuing bailouts are destroying the dollar and will create a total crash very soon. – The Infinite Unknown)