– Yes, you will! FORCED vaccinations, isolation & quarantine, health care interrogations and mandatory ‘decontaminations’:
(NaturalNews) The United States of America is devolving into medical fascism and Massachusetts is leading the way with the passage of a new bill, the “Pandemic Response Bill” 2028, reportedly just passed by the MA state Senate and now awaiting approval in the House. This bill suspends virtually all Constitutional rights of Massachusetts citizens and forces anyone “suspected” of being infected to submit to interrogations, “decontaminations” and vaccines.

It’s also sets fines up to $1,000 per day for anyone who refuses to submit to quarantines, vaccinations, decontamination efforts or to follow any other verbal order by virtually any state-licensed law enforcement or medical personnel. You can read the text yourself here: http://www.mass.gov/legis/bills/sen…

Here’s some of the language contained in the bill: ….. (MUST-READ) 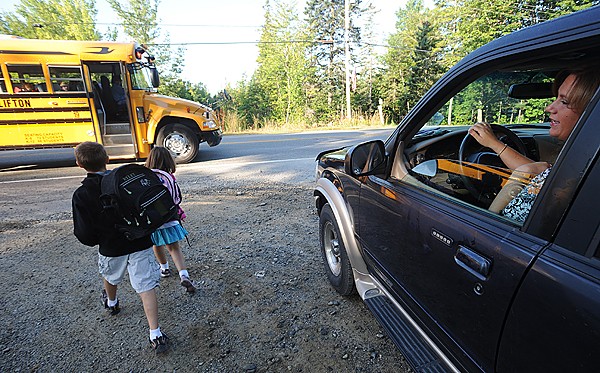 AUGUSTA, Maine — Gov. John Baldacci on Tuesday declared a statewide civil emergency because of the H1N1 influenza virus, paving the way for mass immunization of Maine schoolchildren and other residents.

The emergency designation protects schools and health care providers against liability claims related to their participation in school-based vaccine clinics this fall for both the seasonal flu and the H1N1 flu. “Maine has been proactive in its response to this new flu,” Baldacci said in announcing the proclamation. “But as the school year begins, we must continue our vigilance, which will require a responsible and aggressive vaccination and public education campaign. It’s our goal that every person in the state has access to vaccines for the seasonal and H1N1 flu.”

In accordance with recommendations from the U.S. Centers for Disease Control and Prevention, officials in Maine are encouraging public schools to offer on-site immunization clinics for all children, including infants over 6 months and preschoolers as well as children who are home-schooled. Participating schools will offer the seasonal influenza vaccine as soon as possible, and many also will offer the new H1N1 vaccine when it becomes available.

A list of participating schools is not yet available. Dr. Dora Anne Mills, director of the Maine Center for Disease Control and Prevention, said Tuesday that many schools will partner with area health care providers such as hospitals, visiting nursing organizations, and health clinics for the actual administration of the injectable vaccines. But those providers may not have enough clinical staff to devote to giving the vaccines and will be looking to recruit recently retired nurses and other clinicians who are not their regular employees.

The emergency proclamation allows for those clinicians, once their credentials have been approved, to become temporary employees of the state, relieving provider agencies from the administrative burden and legal liabilities associated with hiring them directly.

Mills said a similar process was employed in the aftermath of Hurricane Katrina and Hurricane Rita when Maine nurses and other providers worked with rescue and recovery teams on the Gulf Coast.

Schools are no more liable for injuries associated with the vaccine clinics than they would be for injuries incurred at a basketball game or other community event, Mills said. And while vaccine manufacturers are generally not liable for ill effects of the vaccines they produce, Mills said, the federal government does have a compensation fund for vaccine-related illnesses or injuries.

Hundreds of cases of H1N1 have been confirmed in Maine, with many times that number of cases presumed. The virus is linked to one death in Maine. Although symptoms in this country have been relatively mild in most cases, public health officials predict a surge in the number of cases and possibly in the severity of the symptoms beginning this fall.

Unlike the seasonal flu, H1N1 thus far has proved to be more dangerous to young people, including children, teens, pregnant women and young adults. School-age children, in particular, are seen as a primary source of transmission to other vulnerable populations. Public health officials advise these groups to be vaccinated against the seasonal flu to help maintain their general good health, and to get the H1N1 vaccine as soon as it becomes available.