…because they cause cancer.

“After hearing several accounts of how painful and potentially cancer causing these mammograms are I’m relieved that some brave surgeons are biting the bullet as against the majority who just see greenbacks.”

I believe that if you did have a tumor, the last thing you would want to do is crush that tumor between two plates, because that would spread it. — Dr. Sarah Mybill, General Practitioner

Centers for Disease Control and Prevention insists mammograms are the best way to find breast cancer early, when it is easier to treat and before it is big enough to feel or cause symptoms. Having regular mammograms can lower the risk of dying from breast cancer, claims the leading national public health institute of the United States.

I think if a woman from the age of 50 has a mammogram every year, or every two years, she’s going to get breast cancer as a direct result from that. — Dr. Patrick Kingsley, Clinical Ecologist 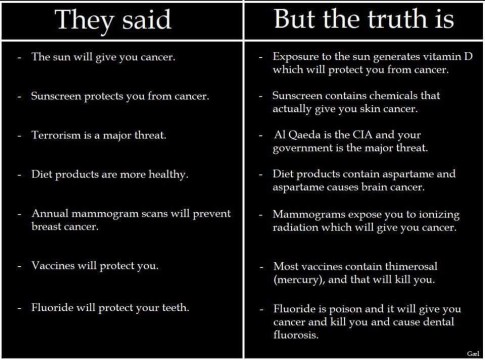 It appears once again, major industry defenders will remain in complete denial and do anything possible to put profits before people.

An annual mammogram is the conventional go-to “prevention” strategy for breast cancer. But researchers increasingly agree that mammography is ineffective at best and harmful at worst.

Unfortunately, breast cancer is big business, and mammography is one of its primary profit centers. This is why the industry is fighting tooth and nail to keep it, even if it means ignoring the truth.

Several studies over the past few years have concluded that mammograms do not save lives, and may actually harm more women than they help, courtesy of false positives, overtreatment, and radiation-induced cancers.

The latest study to reach this conclusion is also one of the longest and largest. As reported by the New York Times:1

Read moreLargest, Longest And Most Meticulous Study Of Mammography Ever Done Finds NO Benefit

The studies just keep rolling on in with more and more evidence showing that the breast cancer screening ritual known as mammography is not everything that it is cracked up to be. One of the latest studies published in the New England Journal of Medicine (NEJM), for instance, analyzed more than 30 years’ worth of data on mammography and found that nearly 1.5 million women have been needlessly treated for cancers that were not at all harmful or that technically did not even exist.

Dr. Archie Bleyer, an oncologist at the Oregon Health and Science University Knight Cancer Institute, and his colleagues took on the task of poring through the myriad of published data on mammograms since the time they first became widely popularized as a breast cancer screening tool back in the 1970s. After adjusting the data to account for changing lifestyle trends, the use of hormone replacement therapy, and other outside factors that might have skewed the data, the team estimated that mammography has been responsible for nearly doubling the overall detection rate of early-stage breast cancers.