– Clinton, Podesta And Others In Senate Crosshairs Over Dossier; Given Two Weeks To Respond

John Podesta, Hillary’s former campaign manager and the target of one of the most devastating/embarrassing political email leaks of all time, sat down with Politico for a one-hour interview which served primarily to confirm that he’s still a sore loser who has simply not come to terms with the fact that he backed a flawed candidate in 2016.

As a side note: Remember when Breitbart’s coroner, Michael Cormier died of arsenic poisoning a few months after Breitbart died?

Pizzagate isn’t going away… There’s more to this.

Less than a month before his 2011 “heart failure”, Andrew tweeted about Hillary Clinton’s long-time friend and campaign manager John Podesta:

Andrew Breitbart is making news even in death. 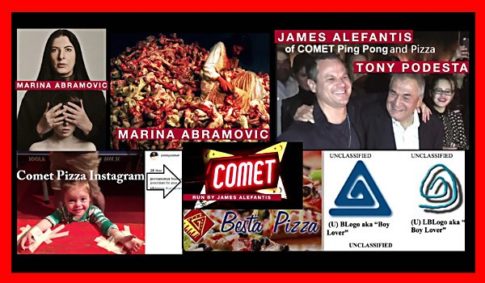 – WikiLeaks’ Assange: ‘A 14-year-old kid could have hacked Podesta’ emails:

“We published several … emails which show Podesta responding to a phishing email,” Assange said during the first part of the interview, which aired on “Hannity” Tuesday night. “Podesta gave out that his password was the word ‘password’. His own staff said this email that you’ve received, this is totally legitimate. So, this is something … a 14-year-old kid could have hacked Podesta that way.”

Assange also claimed that Clinton herself made “almost no attempt” to keep her private emails safe from potentially hostile states during her tenure as secretary of state.

Hillary Clinton attempted to explain to a group of exasperated donors (in the words of a Midwestern fundraiser “I’m not putting another fucking dime in until someone tells me what just happened“) why she lost. Her reasoning, echoing John Podesta’s whiney op-ed (and every mainstream media narrative) is simple – it wasn’t her flaws, it was FBI Director Comey and Russian President Vladimir Putin that caused her defeat.

When Hillary Clinton and Tim Kaine greeted the very top fundraisers and donors to their failed campaign at New York’s Plaza Hotel on Thursday evening, Politico reports that many of them had one simple question in mind: Where’s the autopsy?

My op-ed: Something is deeply broken at the FBI https://t.co/vnX4pi7Eqr

First things first, John Podesta lost and so we are surprised at the temerity of the demands in his Washington Post op-ed today… “The more we learn about the Russian plot to sabotage Hillary Clinton’s campaign and elect Donald Trump, and the failure of the FBI to adequately respond, the more shocking it gets,” he begins…

Charles C. Johnson, the groundbreaking journalist behind GotNews.com, has gone public on Facebook with a powerful story that he chose not to publish years ago – and the story adds more weight to the pedophile ring being uncovered by PizzaGate researchers.

Johnson’s story centers around Ryan Loskarn, the former chief of staff of a powerful U.S. Senator Lamar Alexander (R-Tenn). Johnson was told about a
gay pedophile ring in Washington, D.C. – and Loskarn was caught and arrested for his involvement.

“Marina Abramovic is 70 years of age?”

Marina Abramovic does NOT really look anywhere near as young as shown in these photos.

However, it is possible to look, feel and really be a lot younger than your age, WITHOUT moving to the dark side.

For this you have to drink the “blood” of the carrot, spinach, red beets, other veggies and herbs, … i.e. juicing …. , and eat baby seeds, … i.e. sprouts …, and drink distilled water.

So all you have to do is to educate yourself about correct breathing, water, a healthy diet, exercise and the power of your mind in order to make a huge difference on your health and longevity. 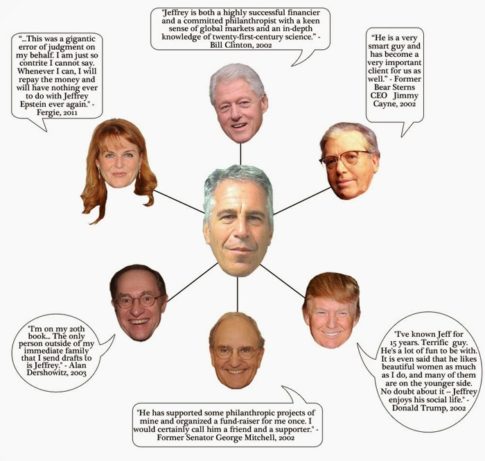 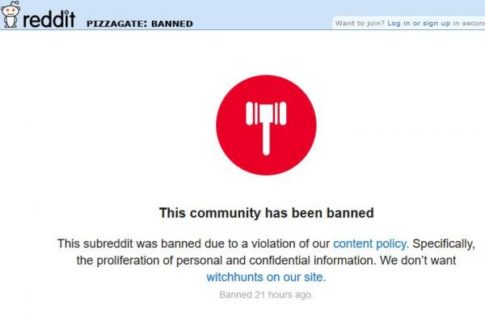 It is truly imperative that every person of conscience watch the following video.  It provides essential context which is necessary to correctly understand the great volume of information posted below the broken line.

Only after watching the preceding video will it be possible to make sense of the Democrat pedophilia ring that has been broken in Washington, D.C.  When this [ORGANIZED] Satanic ritual child sexual abuse is finished being investigated, it will make the Franklin Scandal and Cover-up look like a garden party.

In what is likely the last batch of emails, moments ago Wikileaks released Part 34 of the Podesta Emails, which added another 888 emails to the 3,200 emails disseminated this morning.

In what may be the final release of Podesta emails, moments ago Wikileaks dumped another 3,213 emails in its 33rd release of Podesta Emails, bringing the total number of emails released to 55,694 less than a day before the presidential election.

With just two days until the election, WikiLeaks unveiled Part 31 of Podesta Email party moments ago which revealed another 2,574 emails, bringing the total to 50,408.