– Clintons Already Plotting Their Comeback As Chelsea Is Being Groomed For Congressional Run:

Just when you think the country is finally done with the Clintons in public office, you wake up to the following headline from the NY Post highlighting a potential Chelsea run for Congress. 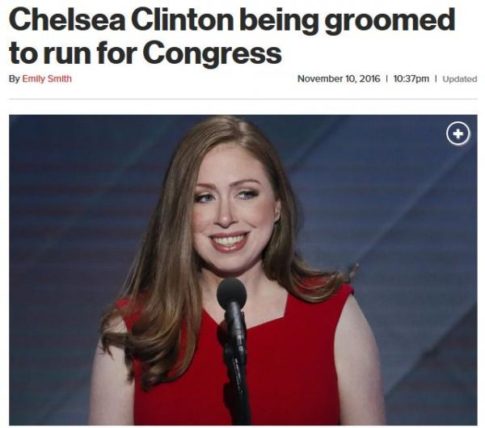 According to the NY Post, the Clintons’ recent purchase of their neighbor’s home in Chappaqua was a strategic move to setup Westchester residency for Chelsea who could then run for Nita Lowey’s seat in NYC’s 17th Congressional District.

The Clinton corruption is now being covered by MSM. The New York Times, Wall Street Journal, MSNBC, Bloomberg , and Washington Post. The tide has turned. Wikileaks has finally burst the Clinton bubble. There is no turning back now. There has been a media blackout for months while the MSM kept blaming everything on the Russians. Seems that barrier is now broken and the truth is coming out big time. Trump will be all over this in his rallies. Even if Hillary becomes president, the Clintons are going down. She should withdraw and go into hiding! 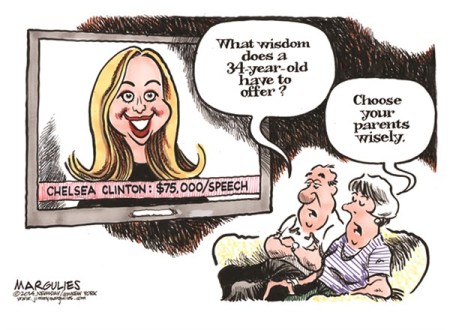 Shortly after it was revealed by Politico that NBC had stooped to new lows in favoritist nepotism, having paid Chelsea Clinton an annual salary of $600,000 for “occasional” reporting work, in effect making her one of the highest paid if not the highest paid “reporter” in the world, the former first daughter quickly stunned everyone when, in the aftermath of her mother’s just as stunning commentary on personal wealth and what being “broke” in the New Normal apparently means, she stated rhetorically that “I was curious if I could care about money and I couldn’t.” So, moments ago, to prove that she really no longer cares about such earthly things as money, since between her hedge fund husband and her parents, she has more than she can possibly spend in one lifetime, AP reported that Chelsea Clinton is quitting her job as a reporter at NBC News.

Hillary Clinton may have left the White House “dead broke” in her own words over a decade ago, but the same can hardly be said about her daughter, Chelsea, who as Politico revealed today, was being paid an annual salary of $600,000 at NBC News before switching to a month-to-month contract earlier this year. 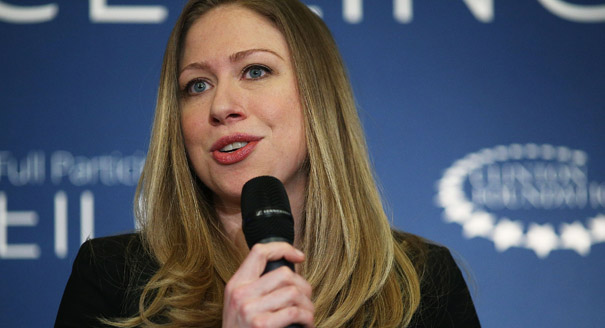 As a reminder, the younger Clinton, who previously worked as an analyst at $12 billion hedge fund Avenue Capital in a quid-pro-quo which its owner Marc Lasry, a close friend of Bill Clinton, had hoped would bring him a fast track appointment to the French ambassador position (and which was scuttled last year after several of his poker-playing acquaintances were charged in a mob gambling ring), joined NBC News as a “special correspondent” in November 2011. “She was up for renewal or non-renewal this year. Instead, the sources said, the network decided to keep her on the payroll on a month-to-month basis so that the two parties could sever ties if Clinton’s mother, Hillary, runs for president.”

So what exactly did Chelsea do to command such a hefty salary?