“About time too!
I love these as a fill in snack, but after reading that all grain is now coated in Glyphosate to dessicate the crop for easy harvesting, I always wondered about this.
Now we know.” 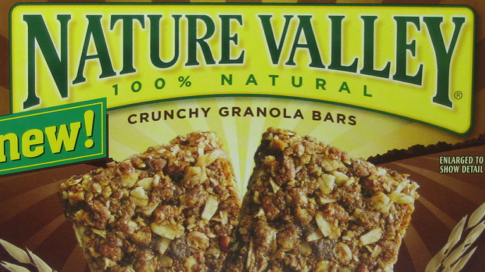 When is the word “natural” misleading in advertising? That’s the basis for a lawsuit filed August 25, 2016 against General Mills, maker of the brand Nature Valley Granola Bars, who label their products’ packages with the words “Made with 100% NATURAL whole grain OATS.” The lawsuit was filed by Beyond Pesticides, Moms Across America, and Organic Consumers Association using the Richman Law Group [1] in Washington, DC, citing the District of Columbia’s Consumer Protection Procedure Act.

Glyphosate, a key herbicide chemical active in several commercial and agricultural herbicides, has been found in General Mills’ natural granola bars. Since when is a man-made toxic chemical considered natural? So, three consumer groups filed a lawsuit and rightfully so, I think.

– General Mills surrenders to GMO labeling, reluctantly decides to label foods but still believes in fundamentally deceiving its own customers:

General Mills, a highly unethical food corporation that bitterly fought against labeling GMOs in California and Oregon, has now surrendered to Vermont’s labeling laws and announced it will start labeling GMOs across the country. 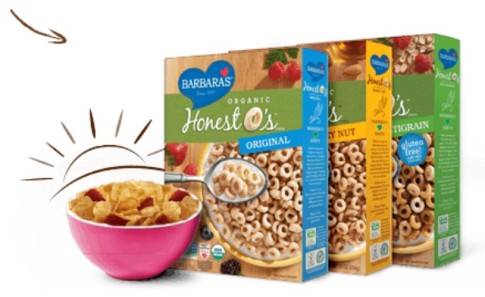 General Mills, one of the most deceptive food companies in the world and a processed food giant that funds efforts to block GMO labeling transparency, is reportedly purchasing Annie’s for $820 million. [1]

Annie’s, based in Berkeley, California, is a well-known organic food brand that has long been favored by organic consumers. General Mills, on the other hand, works hand in hand with the Grocery Manufacturers of America, a GMO food industry front group that engages in criminal money laundering operations to make sure consumers remain ignorant about the toxic GMOs hidden in the foods they buy. 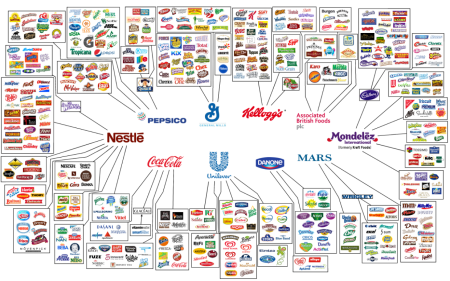 How should a regulatory agency announce they have discovered something potentially very important about the safety of products they have been approving for over twenty years?

In the course of analysis to identify potential allergens in GMO crops, the European Food Safety Authority (EFSA) has belatedly discovered that the most common genetic regulatory sequence in commercial GMOs also encodes a significant fragment of a viral gene (Podevin and du Jardin 2012). This finding has serious ramifications for crop biotechnology and its regulation, but possibly even greater ones for consumers and farmers. This is because there are clear indications that this viral gene (called Gene VI) might not be safe for human consumption. It also may disturb the normal functioning of crops, including their natural pest resistance.

What Podevin and du Jardin discovered is that of the 86 different transgenic events (unique insertions of foreign DNA) commercialized to-date in the United States 54 contain portions of Gene VI within them. They include any with a widely used gene regulatory sequence called the CaMV 35S promoter (from the cauliflower mosaic virus; CaMV). Among the affected transgenic events are some of the most widely grown GMOs, including Roundup Ready soybeans (40-3-2) and MON810 maize. They include the controversial NK603 maize recently reported as causing tumors in rats (Seralini et al. 2012).

The researchers themselves concluded that the presence of segments of Gene VI “might result in unintended phenotypic changes”. They reached this conclusion because similar fragments of Gene VI have already been shown to be active on their own (e.g. De Tapia et al. 1993). In other words, the EFSA researchers were unable to rule out a hazard to public health or the environment.

NEW YORK (TheStreet) — Are you getting what you pay for on your plate?

The recent class-action lawsuit brought against Taco Bell raised questions about the quality of food many Americans eat each day.

Chief among those concerns is the use of cellulose (read: wood pulp), an extender whose use in a roster of food products, from crackers and ice creams to puddings and baked goods, is now being exposed. What you’re actually paying for — and consuming — may be surprising.

Cellulose is virgin wood pulp that has been processed and manufactured to different lengths for functionality, though use of it and its variant forms (cellulose gum, powdered cellulose, microcrystalline cellulose, etc.) is deemed safe for human consumption, according to the FDA, which regulates most food industry products. The government agency sets no limit on the amount of cellulose that can be used in food products meant for human consumption. The USDA, which regulates meats, has set a limit of 3.5% on the use of cellulose, since fiber in meat products cannot be recognized nutritionally.

“As commodity prices continue to rally and the cost of imported materials impacts earnings, we expect to see increasing use of surrogate products within food items. Cellulose is certainly in higher demand and we expect this to continue,” Michael A. Yoshikami, chief investment strategist at YCMNet Advisors, told TheStreet.

May 29 (Bloomberg) — Dow Chemical Co., the largest U.S. chemical maker, may not be the last to raise prices this year because of soaring raw materials costs.

Monsanto Co., Hershey Co., General Mills Inc. and Avery Dennison Corp. may follow suit, according to data compiled by Bloomberg. They’re among 11 companies in the Standard & Poor’s 500 Index that increased their so-called LIFO reserve, which captures rising inventory costs, by at least 20 percent over the past four quarters.

With oil and commodity prices at record highs, companies will be forced to pass on higher costs, analysts said after Dow Chemical announced yesterday it will raise prices by the most in its 111-year history. That will contribute to inflation, and may prompt the Federal Reserve to raise interest rates for the first time in four years.