Mumps is so easy to cure with acupunture that people have a hard time believing it.

Usually the cure can be obtained with only one treatment.

Sometimes up to 3 treatments are necessary, but that’s it.

Of course no human being is the same and so western medicine style formulaic acupuncture treatments are usually not a good idea.

Keep that in mind when I give you some of the key points here:

Not only have I personally treated patients in China and in the clinic successfully that way, I also have books containing different studies done in China that document the success rate of acupunture with thousands of patients.

Aaaaaand there are other very successful alternative medicine methods that easily cure mumps. 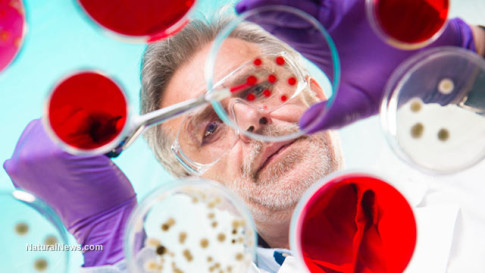 The mainstream media have been tireless in their recent efforts to discredit and demonize those who dare question the safety or efficacy of vaccines, and particularly those who choose not to have their children vaccinated.

What seems obvious now is that an honest dialogue on the subject seems nearly impossible in a climate of fear-mongering created by those who control the flow of information to the masses.

The reports recently being circulated by the major media outlets are designed to lead people to believe that the entire anti-vaccine movement has grown out of response to a single (and allegedly spurious, according to the pro-vaccine camp) study linking mercury-containing vaccines with incidences of autism.

Although there may be room for debate on that particular aspect of the subject at hand, what the media is not mentioning is that there are far more reasons to be skeptical about vaccines in general.

The typical news story seen lately tends to label “anti-vaxxers” as the worst type of conspiracy nuts — a small group of tin-foil-hat-wearing wackos who threaten their children’s lives and the rest of the populace with their paranoid delusions. Many news reports have advocated imprisonment for parents who refuse to vaccinate their children.

At the same time, vaccines are being promoted as completely safe and effective — an assertion which is simply not true. There are mounds of evidence from dozens of studies indicating that many vaccines are neither efficacious nor harmless.

A glaring example is the extremely compelling evidence that Merck & Co., one of the largest vaccine manufacturers on the planet, has provided false statements and faked clinical trials in connection with their mumps vaccine.

This fraud and deception on the part of Merck has been occurring for at least the past decade, and might still be occurring if it weren’t for the actions of two whistleblowers from the company’s laboratories who initially filed a lawsuit in 2012 — a lawsuit which, despite Merck’s efforts to have it dismissed, has recently ballooned into a federal case: United States v. Merck & Co.

“…failed to disclose that its mumps vaccine was not as effective as Merck represented, (ii) used improper testing techniques, (iii) manipulated testing methodology, (iv) abandoned undesirable test results, (v) falsified test data, (vi) failed to adequately investigate and report the diminished efficacy of its mumps vaccine, (vii) falsely verified that each manufacturing lot of mumps vaccine would be as effective as identified in the labeling, (viii) falsely certified the accuracy of applications filed with the FDA, (ix) falsely certified compliance with the terms of the CDC purchase contract, (x) engaged in the fraud and concealment describe herein for the purpose of illegally monopolizing the U.S. market for mumps vaccine, (xi) mislabeled, misbranded, and falsely certified its mumps vaccine, and (xii) engaged in the other acts described herein to conceal the diminished efficacy of the vaccine the government was purchasing.”

The fact that Merck, with hundreds of millions of dollars at its disposal to hire a high-powered legal team, was not able to have the lawsuit dismissed, is damning evidence that there is substance in the allegations.

The court upheld all of the original complaints made by the whistle-blowers, and under the False Claims Act, Merck could be liable for hundreds of millions of dollars (possible even billions) in damages.

For more than three decades, Merck has had an exclusive license granted by the FDA to manufacture and sell its Measles-Mumps-Rubella (MMR) vaccine to the public. To retain its licensing rights, Merck was required to prove that its updated vaccine formula had at least a 95 percent efficacy rate.

This is the reason Merck falsified data — the company knew that the vaccine was not nearly as effective as it was required to be, and out of greed and callousness, deliberately lied to the FDA and the American public with an utter disregard for the health consequences.

Personally, I would expect this to be a bigger scandal and one of far greater concern than the minority of parents who refuse to have their children vaccinated, but there has been barely a whisper in the mainstream press regarding this pending lawsuit.

It also would seem to exonerate those who question the safety and efficacy of vaccines in general, but the media is now engaged in a vicious smear campaign against the anti-vaxxers.

And if you’re wondering how this could possible happen, the answer — as usual — is “follow the money.”

The mainstream media is owned by its advertisers and is also heavily influenced by those in the government who have been bought by lobbyists. And guess what? Big Pharma is one of the biggest lobby groups out there.

So, if you find yourself tempted to jump on the bandwagon, along with those in the media and elsewhere who are bent on vilifying those who question the safety and reliability of vaccines, maybe you should first consider taking a step back to closely examine their motives.