A family from Sussex, UK, is suing their GP for giving their daughter, Jodie, eight vaccines at once in 1993.

The parents had requested only the MMR be given to Jodie, who was 14 months old at the time. Her mother, Pat, had no idea her daughter was being given the polio, Hib, DT (Diphtheria/Tetanus), and pertussis vaccines in addition to MMR until seeing her vaccination record.

According to the parents, Jodie reacted to the shot immediately and was never the same again. She began shivering and shaking and developed a high fever. Once home, the high pitched screaming began — something many parents of vaccine injured children say also happened to their child immediately after vaccines — and she refused food.

She also hasn’t spoken since and can do nothing for herself, requiring round the clock care. While she can walk, Jodie rarely sits still, is doubly incontinent, and suffers from many health issues such as epilepsy and autism-like symptoms.

Read moreJim Stone: The Real Reason Why VAXXED Was Pulled

– Boom: another vaccine whistleblower steps out of the shadows:

Vaccine Empire wobbles on its foundations

The new film Vaxxed (trailer) highlights one whistleblower, researcher William Thompson, who publicly admitted he and his CDC colleagues lied, cheated, and committed gross fraud in exonerating the MMR vaccine and pretending it had no connection to autism.

Now we have another: Dr. Peter Fletcher.

Read moreBoom: Another Vaccine Whistleblower Steps Out Of The Shadows

– Guess Who Owns The Patent On The Zika Virus? Yes, The Rockefeller Foundation!!!

– The Deadly Zika Virus is Available For Sale Online, Courtesy of the Rockefeller Foundation

So there is one thing that can be ruled out to  responsible for those microcephaly cases and that is the Zika virus.

Vaccines, GMOs, Roundup (glyphosate, which is scientifically proven to cause birth defects), even Fukushima (radiation can induce microcephaly in lab animals) are candidates.

If you look how negatively Wi-Fi & smartphones can affect plant growth, then electrosmog could also have a very negative effect.

It could very well be a combination of all of the above.

“Global Corporatism preparing the ground for a society of AI clones by eliminating the next generation?”

– THERE IS AN ERROR IN THE VACCINE/SHRUNKEN BABY BRAIN REPORT THAT MUST BE FIXED:

A woman who is currently pregnant showed me her medical schedule. The vaccine is not MMR. It is Diptheria, Tetanus and Influenza in Mexico, and in Brazil it is Tetanus, Diptheria and Pertussis (Tdap).

It will be VERY important for people who have posted MMR (this got reposted a lot) to change this to Tdap. I have confirmed that Brazil just got a new Tdap shot, which is the likely culprit. This report will remain unchanged, except for MMR to be replaced with TDAP. I knew it was a three way vaccine and errored with MMR, that is not what it is. THIS REPORT WILL NOW BE CORRECTED TO REFLECT THIS.

UPDATE: THIS SHRUNKEN BRAIN PROBLEM DIRECTLY COINCIDES WITH THE INTRODUCTION OF A NEW TDAP VACCINE IN BRAZIL, WHICH WAS ANNOUNCED IN DEC 2014 AND WENT INTO USE IN 2015. IRREVOCABLY BUSTED, From the National Institute of Health:

I have top posted the Tdap vaccine scam so people who were on vacation when this first went up can find it.

NEW Tdap VACCINE THAT DESTROYS BABIES WHILE THE MOTHER IS PREGNANT HAS BEEN RELEASED, AND THE RESULTS ARE DEVASTATING

Read moreTHERE IS AN ERROR IN THE VACCINE/SHRUNKEN BABY BRAIN REPORT THAT MUST BE FIXED.

UPDATE: ALL REFERENCES WHICH PROVE THE SHRUNKEN BRAINS HAVE TO BE MMR VACCINE CAUSED AND NOT BECAUSE OF ANY ZIKA VIRUS ARE NOW SCREEN CAPTURED AND EMBEDDED BELOW THIS REPORT.

The claim is that the “zika virus” just suddenly did it all, but that defies all logic.

DIME TO A DOLLAR: IT IS A NEW VERSION OF THE MMR VACCINE DOING THIS, NOT A VIRUS AS CLAIMED

“I’ll tell you what is going on here – VIRTUALLY ASSURED: Bill Gates or some other slime ball released a new vaccine in response to the autism uproar, which was to be administered to women while pregnant, to destroy the baby en utero so post-birth vaccines would not be blamed for brain damage they want to do to ALL children to make them more manageable under tyranny and they are no longer completely getting away with doing this.”

The new “Autism”, titled “Microcephaly” has destroyed more than 2,400 Brazilian newborn babies en utero in only the past 2 months with ZERO DESTROYED IN THE MONTHS PRIOR and is stated to be caused when a pregnant mother is bitten by the mosquito carried African zika virus, which recently “made it’s debut” in Brazil in 2015. But the pattern of symptoms does not match the virus which has been proven to have infected humans since 1954 and has never previously been associated with shrunken brains in newborn babies, nor does the geographic propagation pattern match the natural propagation pattern of a mosquito carried virus that would cause undersized brains in newborn babies if it really did exist. 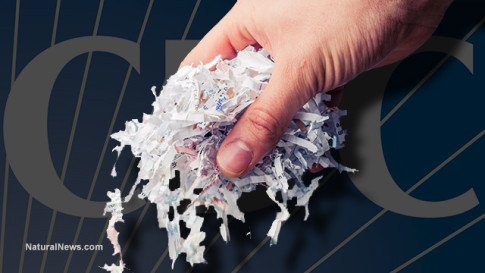 The results of a 2004 study by the U.S. Centers for Disease Control and Prevention (CDC) discovered a significant link between the MMR vaccine (measles, mumps and rubella) and autism in African American boys vaccinated under or around the age 36 months; however, if it weren’t for one whistleblower, you would not have been privy to any of this, because the evidence was deliberately covered up.

Dr. William Thompson, currently a senior scientist at the CDC, recently made a shocking admission that he and his colleagues specifically arranged a meeting to destroy important documents related to the study in an attempt to withhold information from the public regarding a link between the MMR vaccine and autism. 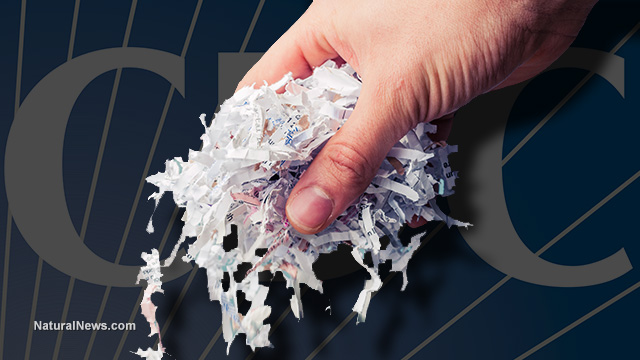 For a government that lies about everything — fudging economic numbers, using the IRS as a political weapon and even manufacturing staged domestic terrorism events so the FBI can “catch terrorists” in the act — it’s no surprise to now learn that the CDC deliberately destroyed evidence linking vaccines to autism.

According to a new statement relayed today by Rep. Bill Posey, the CDC held a meeting of scientists to decide which piece of evidence to destroy that might link vaccines to autism in African-American children.

Fearless indy media journalist Sharyl Attkisson first reported on this revelation. Attkisson’s website is one of the thousands of independent media websites now favored on GoodGopher.com (the search engine for truth seekers) and FETCH.news, the internet’s truth-based alternative to Google News.