“At the Child Study Center, the Center for Neurodevelopmental Disorders (CND) is committed to research in neurodevelopmental disorders, leveraging establish[ed] strengths in Autism Spectrum Disorder, ADHD and animal studies on early development, as well as collaborating closely with our clinical partners.”

The Center has an Autism Spectrum Disorders Clinical and Research Program, where it carries out orthodox and “cutting edge” work on autism.

And the Center is expanding. This is a big-time operation: “The NYU Child Study Center has three main affiliates: the Nathan S. Kline Institute for Psychiatric Research (NKI), Rockland Childrenâ€™s Psychiatric Center (RCPC), and Bellevue Hospital Center.” A film that claims to show a link between the MMR vaccine and autism would be a hideous affront to the NYU Child Study Center, where Craig Hatkoff, co-founder of the Tribeca Film Festival, sits on the Board.

YES, NYU CHILD CENTER REALLY ONLY WANTS TO HELP THE CHILDREN. So they need children to help, RIGHT? Why cut off the flow with a stupid film that might dent your business? Read more here

And now I will say it like it is: Craig Hatkoff IS THE ENEMY. He has set his “Autism research center” out in the open, as an open target of action from parents with destroyed babies. He has seen this film, and blocked it, to ensure autism thrives. That is an act of war against humanity, from someone who false fronts a position of “trying to help”. It is the same old filth we see everywhere, but this time we have a name, address, and organization that is actively seeking to create as many autistic children as possible.

You cannot tell me that anyone who runs an autism center does not know the cause of autism is vaccines, especially after seeing and denying this film. If he thought the film was bunk, he would not have stopped it. If it was bunk, showing it would not have impacted his business. A MAJOR “AUTISM RESEARCH CENTER” HAS CONFIRMED VAXXED IS REAL, AND SHUT IT DOWN. AND THEY HAVE AN ADDRESS: 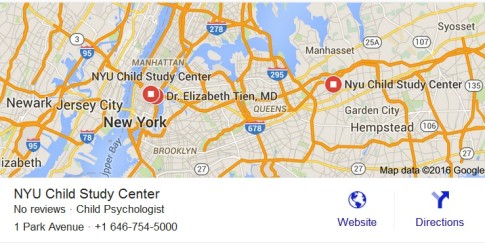 I cannot get over to Park Avenue to discuss this issue with them, perhaps someone else can. And I suggest you bring back up, because I have learned from experience that when you get criminals of the type that run places like these, if you mumble ONE WORD of truth – if you even mention their blocking of this film, or that vaccines cause autism, they will IMMEDIATELY CALL THE POLICE even if you did absolutely nothing wrong. And you won’t know they called, the police will just magically show up. Record everything if you do anything. This center is no doubt at the center of the autism scam, and NO DOUBT provides feedback to the elite establishment about how to tweak the vaccines to do damage in a more “preferable” way. I do not believe it is their goal to stop autism, I believe it is their goal to make autism perfect.

Every scam, such as the MMR vaccine and other damaging vaccines – EVERY SCAM needs it’s feedback to help it improve, and that scam has to be out in the public to be useful. I believe the NYU child study center is one such feedback source, giving the vaccine makers the latest updates on what their vaccines did, and what can be changed to make them “better”. And they hung their own behinds out to dry by blocking Vaxxed, and allowed the public to know beyond a doubt exactly WHERE a major hive of child destroyers hangs out.

Here is exactly how the brain destroying vaccines are made:

Forget Thimerosal, this is how it is done: For every vaccine, you need a medium to grow your pathogens in (pathogens which are neutralized after being grown, but will still trigger an immune response.) In the past, when vaccines were beneficial, the pathogens were grown in animal tissue, such as dog, monkey, cat, etc. If there was an adverse reaction to vaccines grown in animal tissue, the worst that would happen is you would get an allergy for that animal. Vaccines were the reason for pet allergies in the past.

The criminal elite knew all along however, that if there ever was a way to grow pathogens in human tissue, that it would be possible to cause many people to develop an immune reaction against their own bodies, and that as a result they could create any malady they wanted by causing people’s immune systems to attack their own bodies. And in the mid 1980Â´s this became possible. And the autism stats coincide with the introduction of vaccines grown in human tissue PERFECTLY. Now a majority of vaccines are grown in human tissue derived from abortion. And when, as an unavoidable consequence human tissue is attached to whatever pathogen they grow, the immune system identifies the pathogen, and everything that is with it, as the enemy. They claim they get ALL the human tissue out of the vaccines to avoid this problem but this is a lie, because it is proven that vaccines grown in human tissue have 2 micrograms per milliliter of human DNA in them, and that is just DNA, the human proteins and other human materials are present in amounts that are orders of magnitude more. When the immune system sees these materials in the presence of a pathogen, it gets programmed to destroy not only the pathogen, but all materials related to it and then proceeds to attack the body.

This is not opinion, it is the result of research I did years ago in cooperation with a PHD in pharmacology, who warned me this is exactly what the new vaccines are designed to do – re program the immune system’s macrophages to destroy whatever in the body the people who control the vaccine manufacturing process want destroyed. In the case of the MMR vaccine, this is obviously the brain. Every child who receives the MMR vaccine gets at least a 10 point IQ reduction for life, and the worst hit develop full blown autism.

And when I explain it this way to medical doctors, I have never had a single one say “no, that cannot be so”, they all see it as a self evident truth.

The NYU child study center in New York KNOWS THIS. They know this because it is such basic medical self evident truth that it is flatly impossible for ANYONE involved in the study of autism in even more than a surface way to not know it. And their blocking of the showing of Vaxxed PROVES THEY KNOW IT BEYOND ALL DOUBT.