Since it has now become the norm to spread myth, fairy tales and magic during the week, only to collapse the wave function of an insolvent “developed world” with a double dose of reality during the weekend when markets are conveniently closed (recall the Draghi in a Box phenomenon) only to repeat it all again the coming week, here is some more truth which may force Citi to hike its estimate of Greece leaving the Eurozone from 90% to 110% (or about how much of QE3 is now priced into the market): “Greece cannot be saved, that is simple mathematics,” Michael Fuchs, deputy leader of the parliamentary group of Merkel’s Christian Democrats and their Bavarian sister party told weekly business magazine Wirtschaftswoche.” Indeed, truth hurts, especially when accompanied by math. Which sadly is the problem these days in a world where math and surreality can no longer coexist. And sadly, in the absence of money growing trees, where one can create wealth out of thin air, not fiat dilution, disappointments such as these will only propagate until the game (over) theoretical equilibrium we discussed yesterday has no choice but to finally make its appearance.

“The government has neither the will nor the means to implement reforms,” he said.

Hermann Otto Solms, a financial affairs expert for the FDP, also underlined in an interview with Wirtschaftswoche that should inspectors from the so-called troika criticise Athens’s progress there should be no new aid for Greece, and it would have no choice but to leave the single currency.

Roesler ruffled feathers last weekend when he told a German broadcaster that a Greek euro zone exit was no longer a taboo for experts and had lost “its fear factor.” A party colleague branded his remarks “reckless.”

In his interview with OZ Roesler dismissed widespread criticism of his stance both from Athens and within his party.

“In my ministry we’ve seen that the Greek government has been unable to implement very much.”

His comments come amid a growing chorus of voices within Merkel’s centre-right coalition that insist there can be no new aid for Greece and that a Greek exit could be imminent.

To summarize: euphoria meets despair, as everyone from one side of the stock market ship scrambles to get to the other, and as the amplitudes of market moves become larger and larger, thanks entirely to central bankers destructive influence on capital allocation, until finally one day the entire market drops to below zero, which as the Fed itself was kind enough to tell us it would have been in 2009 if it wasn’t for the Fed itself. 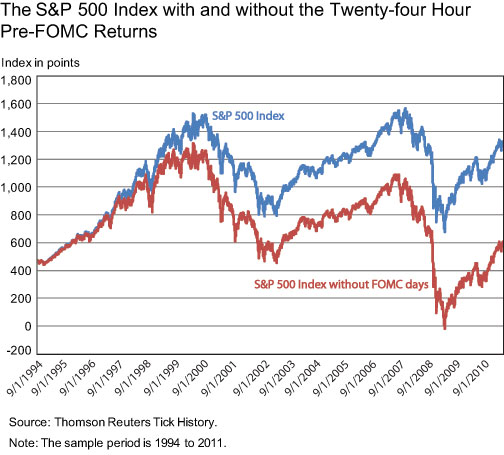