In other words, just like in the recent Franch elections, the German establishment was just trounced:

Even more troubling for the German establishment is that the far-right AfD was the second strongest party in former Eastern Germany:

Now that is fitting with a prophecy of a seer that Germany will get a Chancellor with a bull neck (before the financial collapse, civil war and WW3 will take place) that will ‘rape’ (taxes, etc.) Germany like never before!

Overnight we reported that Germany’s default swaps spiked to the highest level since Brexit as a recent poll showed that Merkel’s lead in the polls had slid to multi-year lows ahead of Germany’s elections later in the year, provoking some concerns that a formerly unthinkable “tail risk” outcome was becoming more likely. However, according to new data unveiled today, Merkel’s headaches are only just starting, because in a brand new poll released this afternoon, the CDU would get 30% of the vote, while the suddenly resurgent SPD would get 31%. This means that the SPD’s new head, Martin Schulz, would enter any coalition talks as the leader of the largest party, hence becoming Chancellor, leading to a stunned reaction by JPMorgan.

Overnight we reported that Germany’s default swaps spiked to the highest level since Brexit as a recent poll showed that Merkel’s lead in the polls had slid to multi-year lows ahead of Germany’s elections later in the year, provoking some concerns that a formerly unthinkable “tail risk” outcome was becoming more likely. However, according to new data unveiled today, Merkel’s headaches are only just starting, because in a brand new poll released this afternoon, the CDU would get 30% of the vote, while the suddenly resurgent SPD would get 31%. This means that the SPD’s new head, Martin Schulz, would enter any coalition talks as the leader of the largest party, hence becoming Chancellor, leading to a stunned reaction by JPMorgan. 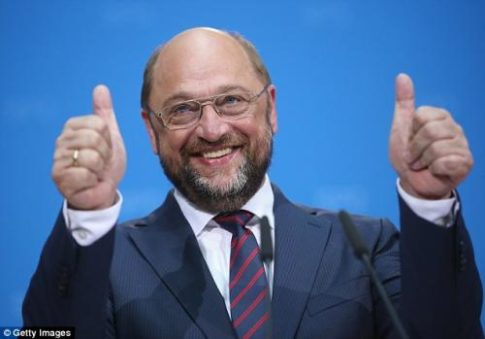 In a note released this afternoon by JPM’s Greg Fuzesi, the strategist writes that following the recent resignation of Sigmar Gabriel as leader and chancellor candidate of the SPD, there has been much attention on how his replacement Martin Schulz would perform. Having spent most of his career in the European Parliament, most recently as its president, and being relatively unknown in Germany, this is not easy to predict. In his first major TV interview, he was recently pressed to explain how exactly he differs from his predecessor Gabriel and also from Chancellor Merkel, and what his focus on fairness would mean in practice. This was not entirely straightforward for him. 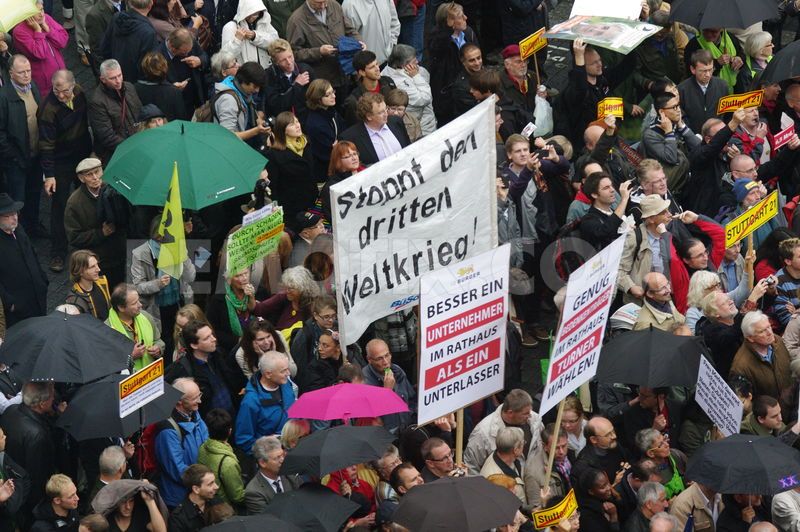 Read moreGermany: After Starting Riots In Greece, Bilderberg Merkel Booed Down In Stuttgart

Since it has now become the norm to spread myth, fairy tales and magic during the week, only to collapse the wave function of an insolvent “developed world” with a double dose of reality during the weekend when markets are conveniently closed (recall the Draghi in a Box phenomenon) only to repeat it all again the coming week, here is some more truth which may force Citi to hike its estimate of Greece leaving the Eurozone from 90% to 110% (or about how much of QE3 is now priced into the market): “Greece cannot be saved, that is simple mathematics,” Michael Fuchs, deputy leader of the parliamentary group of Merkel’s Christian Democrats and their Bavarian sister party told weekly business magazine Wirtschaftswoche.” Indeed, truth hurts, especially when accompanied by math. Which sadly is the problem these days in a world where math and surreality can no longer coexist. And sadly, in the absence of money growing trees, where one can create wealth out of thin air, not fiat dilution, disappointments such as these will only propagate until the game (over) theoretical equilibrium we discussed yesterday has no choice but to finally make its appearance.

“The government has neither the will nor the means to implement reforms,” he said.

Not even the home will be safe from surveillance

Changes proposed to the law governing Germany’s federal criminal police operations would allow investigators to use wire taps and surveillance cameras in homes of innocent citizens to keep tabs on terror suspects.

Under the government proposals, federal police would be permitted to install “hidden technical equipment, that is to say bugs or cameras inside or outside apartments … if there is a pressing danger for state security,” interior ministry spokesman Stefan Paris said at a news conference on Friday, April 18.

“I would urgently like to stress that there are very, very strict conditions … and it is not the case that everywhere in this country secret cameras or listening devices will be installed in living spaces,” he said. “It is about terrorist threats that would be averted through preventative measures by the federal police.”

Be careful what you — and your friends — say at home

He added that such methods were already allowed in several German states.