When day after day, for three days in a row last week, the ECB spread rumors that it would commence buying Spanish debt in what was in retrospect nothing but a massive bluff (just as we suggested yesterday), what passes for a market postulated that since there was no official German denial, and with Merkel on vacation that would mean a statement from her finance minister sidekick Wolfgang Schauble, that Germany was ok with the reactivation of Spanish bond buying and as a result ramped risk by over 4% in 3 days. All of that is about to wiped out as Schauble has finally spoken. Quote Spiegel: “For days, it is rumored that the ECB will buy Spanish government bonds in a big way. Now Finance Minister Wolfgang Schaeuble has rejected such reports – there was “no truth“. And scene. Luckily all the momo chasers who bought stocks last week on hopes their prayer-based strategy will finally play out, will be able to sell ahead of all those other momo chasers who bought stocks last week on hope their prayer-based strategy will finally play out. Or maybe not.

For days, it is speculated that the European Central Bank (ECB) is planning, together with the bailout fund EFSF Spanish government bond buy – so come back to Spain to cheaper capital. The “Sueddeutsche Zeitung” According to the euro countries willing to support this approach . Federal Finance Minister Wolfgang Schäuble (CDU) has now dismissed the reports in an interview with the newspaper “Welt am Sonntag”.

“No, at this speculation is not true,” Schäuble said the newspaper. The Finance Minister said it was already a sufficiently large aid package for Spain have been laced.

The 100-billion-euro package to recapitalize Spanish banks also close an emergency aid of 30 billion €. “The short-term financial requirements of Spain is not so great”, said Schäuble, “the painfully high interest rates – but the world will not, if you have to pay for some bond auctions a few percent more.”

Why will Germany, which Schauble says himself is in a very difficult position, and has already been very helpful to Spain, not provide more funding? Simple – unlike all other broke globalist neo-socialists, he believes that the market is actually right in punishing profligate spenders, and having bonds trade above 7% is not the end of the world. Of course, he is absolutely right.

The interest for Spanish government bonds in recent days had passed, the legislation as critical threshold of seven percent. Schäuble said, however, convinced that the Spanish reform efforts, which he praised likely to be soon rewarded. The finance ministers will meet on Monday with his U.S. counterpart, Timothy Geithner . Observers expect that will also be in this conversation on the holiday island of Sylt in the center of the European financial crisis.

And in case one rejection is not enough, here is another, courtesy of Handelsblatt:

When asked whether there would soon be a motion to allow the euro rescue could buy Spanish government bonds, Schaeuble said the “Welt am Sonntag”, “No, at this speculation is not true.”

Schäuble does not believe that the high risk premiums on corporate bonds Spain overwhelm. “The short-term financial requirements of Spain is not so big,” he said. “The high interest rates are painful, and they create a lot of anxiety -. But the world does not go under if you have to pay for some bond auctions a few percent more,” You have “tied aid package big enough” for Spain. The country receives for the recapitalization of its banks up to 100 billion €. “And we have them provided 30 billion euros in rescue EFSF as a possible emergency,” said the Minister

Finally, no denial is complete unless it is in triplicate (biblical references notwithstanding), here is Dow Jones with the news that nobody could have possibly predicted:

German Finance Minster Wolfgang Schaeuble denied plans for a new aid program for Spain, according to newspaper Welt am Sonntag, after the media reported European Union leaders aim for Spanish government bond purchases by the European rescue fund and the European Central Bank.

Speculations that Spain might apply for additional aid from the rescue fund are unfounded, Mr. Schaeuble said, according to pre-released excerpts of an interview to be published Sunday in Germany’s Welt am Sonntag. Spain’s “high interest rates are painful and cause a lot of concern, but it isn’t the end of the world when a few percent more have to be payed at some auctions,” Schaeuble said according to the newspaper, adding “Spain’s financing needs aren’t that huge in the short term.”

Schaeuble’s remarks are a denial of a report in French daily Le Monde that the ECB and European governments are putting together a plan that would see the bailout fund and the central bank buying Spanish and Italian debt. A surge in Spanish government debt yields sparked fears the country might lose access to financing.

Schaeuble said the Spanish government has made all necessary decisions and is implementing them, according to Welt am Sonntag. “Financial markets haven’t yet honored the reforms, but they will do so,” he is quoted as saying. Spain’s reform  program will have good effects, also on financial markets, he said

So what is Spain’s strategy: nothing but more heart-string tugging and some World War II revisionist history:

The Spanish Minister for Europe, Inigo Mendez de Vigo has claimed in an interview from the federal government more commitment and solidarity in crisis management. After the Second World War, Germany had been helped in a very much more difficult situation, the minister said the “Bild” newspaper. Many countries have abandoned in favor of the Federal Republic of money. “That should not forget Germany”.

In other words, help a brother out. Only problem is that when the Marshall Plan was instituted, there was a whole continent of incremental debt capacity still untapped, courtesy of debt repudiation. This time around, there is no such thing, and certainly not in the US where debt/GDP is now 103%. So unless somehow Africa is to be involved in the second Marshall Plan of Europe, we urge Spain to rethink its strategy.

Just as we urge all those who continue to buy stocks on hope and prayer to perhaps reevaluate if they are in the right business. 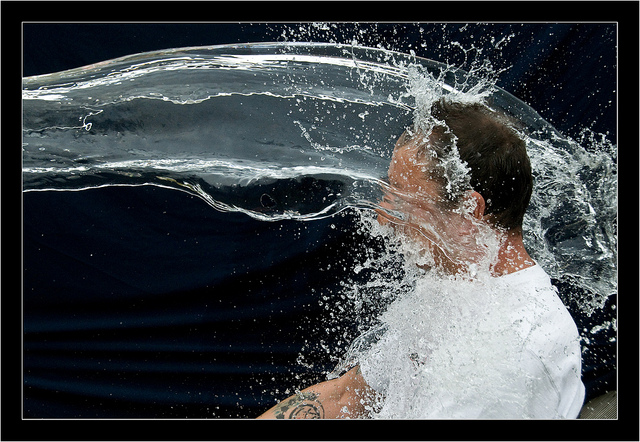