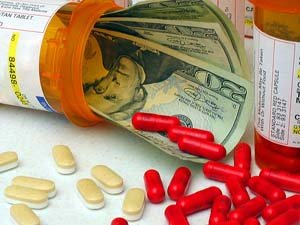 Yet, for who ever nominated him-apparently an “anonymous supporter”-due diligence wasn’t done on what McGorry advocates.

A cursory look at his research shows that while behavioral symptoms are evaluated and, on a hunch, drugged to see if they “prevent” the onset of a “mental” disorder, there’s no mention of the teens being given full and searching physical exams to first rule out undiagnosed and untreated medical conditions that may be causing it.  Yet dozens of physical conditions can manifest as behavioral problems.

No Science to “Pre-Disorder” Screening

Despite the Failure, Keep Lobbying for the $

Australia’s health care system ranks well internationally, and preventative measures may seem the way to enhancing it; however, the last thing the country needs, then, is a psychiatrist banner heading the idea that children and youths should be gotten to early and drugged on the precept that they might become mentally ill.  Rather, they need proper medical-not psychiatric-care and educational solutions.  The last thing they need is $200 million of taxpayers’ dollars funding what could be a lifetime sentence to taking mind-altering drugs.

Someone needs to care for Australia’s children and youth, but it’s definitely not Patrick McGorry.


I know that drugs like Ritalin, Concerta, Medikinet, Equasym and Strattera uncouple the frontal lobe – the crowning achievement of humanity – from rest of the brain.

Those children that are drugged with this brain destroying substances will never be able to fully develop their ‘humanity’, because their social development has been abruptly stopped.

And that is not even the worst damage, that is done to those children. Decoupling the frontal lobe has even far worse consequences for the future of humanity.

Those drugs simply don’t work other than destroying the brain and your health.