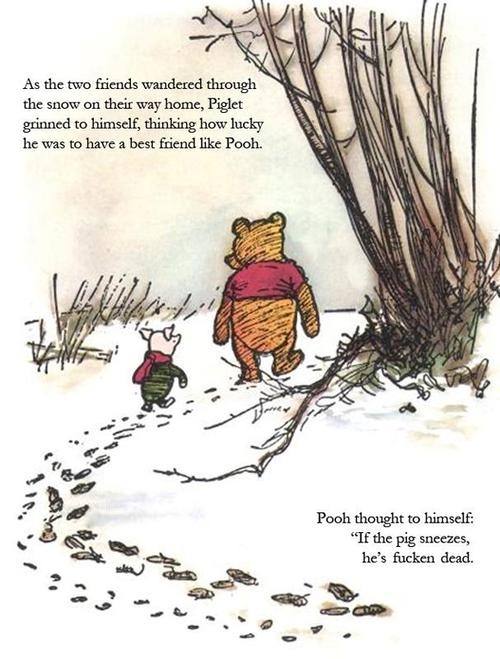 (NaturalNews) Swine flu vaccine zealots are like zombies… they just keep coming at you, mindless… heartless… empty-headed and a tad funky on the smell, too. But I’ve noticed from observing the behavior of a few such zealots that not all of them fully comprehend precisely how to act like a mindless vaccine zealot. There’s more to it than just parroting whatever the FDA says.

You actually have to get with the zealot program if you want to be taken seriously as a swine flu vaccine zealot.

So I’ve put together this handy guide to help them along:

Step 1) Loudly proclaim your vaccines are backed by “science,” but when critics ask you to produce that science, just tell them you don’t have to because “everybody knows they work.” (Then grunt and paw at the air from time to time for effect…)

Step 2) Practice scoffing. Scoffing is an important skill for swine flu vaccine zealots. When someone asks an intelligent question like, “Where are the placebo-controlled studies that show flu vaccines work at all?” simply scoff at them. This avoids having to answer the question because, as you know, there are no such studies.

Step 3) Practice making people feel guilty for not getting the flu shot. Blame them for pandemic. Just ignore the fact that the shot itself has zero ability to actually prevent the spread of influenza and focus on what works: Guilt!

Step 4) Spread more fear! Guilt and fear go together like peanut butter and jelly on processed white bread — a favorite zombie food! In combination, they work like gangbusters if you’re trying to scare up some vaccine sales to generate billions of dollars in profits for the drug companies. In the absence of any actual science, just invoke fear! (Hey, it worked for the Patriot Act, too…)

Step 5) Remind people that they are not doctors and therefore don’t know anything. Then quote some doctor who’s pro-vaccine (and probably taking kickbacks from some pharmaceutical company that’s been caught committing a felony crime) and declare that no one can question them because they’re a doctor. Doctors are God, didn’t you know? Just ask all the victims of thalidomide… or Vioxx.

Step 6) Strip off the plastic coating on both ends of an extension cord, exposing the wires. Attach the two wires on one end to the temples of your skull, then attach the two exposed wires on the other end to the exposed slots of a live electrical outlet in your home. You are now “WIRED.” (Want a free subscription?) This process will destroy any critical thinking regions of your cerebrum, disabling the annoying ability to think for yourself (which can interfere with what the vaccine industry wants you to think instead). Once achieved, you’re half-way qualified to being a vaccine zealot, unhindered by critical thinking skills!

(Don’t forget to grunt, moan and leave your mouth draping open from time to time, or the whole effect will be ruined…)

Step 7) Defend mercury as safe. It’s not that bad, really. What’s a little mercury in your shot anyway? Ignore these inconvenient facts: A typical flu vaccine shot solution is 50,000 parts per billion of mercury. The EPA classifies any substance with more than 200 parts per billion as hazardous waste. (The EPA limit in drinking water is 2 parts per billion.) Thus, the mercury density in a vaccine is 25,000% higher than the level required to be considered hazardous waste. This is injected directly into the bloodstream of infants, children, expectant mothers and senior citizens. What could possibly be dangerous about that?

Step 9) Tell everyone you’re going to receive the flu vaccine yourself, even if you aren’t. This creates the impression that you actually believe the vaccine is both safe and effective, even when you secretly suspect it is neither. Of course, no one will really know whether you got the shot or not, so you can still just fake it by claiming you did when you really didn’t.

Step 10) If all else fails, babble incoherently in a technical medical jargon. Use large Latin words that sound educated. Glare scornfully at all the “small words people.” Whatever you say, tell people you read it in a “peer-reviewed medical journal” or picked it up in a “continuing medical education seminar” (almost all of which are sponsored by drug companies, by the way). Hang medical school diplomas on the wall in plain view, preferably over your head (if there’s still room there). Tell people how important you are and why no one else is even qualified to ask questions about flu vaccines. Keep up the front!

And that, my zombie friends, is how to pull off being a swine flu vaccine zealot. Always carry a spare needle with you, too, because you never know when you’re going to need to take a jab at somebody.

Coming up next… How to start your own swine flu vaccine cult! (Hint: It all starts at medical school…)

In the mean time, folks, keep drinkin’ that Thimerosal Kool-Aid.