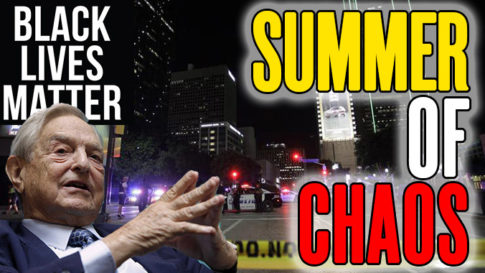 Maybe I should emphasize that this is really only for your information.

I just had the strong feeling that next year something big will happen and that it is already starting this year.

Then I saw the Georgia Guidestones ‘2014′ Update, then somebody send me the links to the videos below.

So this is really just about sharing the information that came to me.

I totally agree with reader squodgy, who says that all of this is “engineered to perpetuate fear”.

The elitists want the people to be frozen in fear.

“Once a government is committed to the principle of silencing the voice of opposition, it has only one way to go, and that is down the path of increasingly repressive measures, until it becomes a source of terror to all its citizens and creates a country where everyone lives in fear.”
– Harry S. Truman

“We need to teach the next generation of children from day one that they are responsible for their lives. Mankind’s greatest gift, also its greatest curse, is that we have free choice. We can make our choices built from love or from fear.”
– Elisabeth Kubler-Ross

I am not religious, nor do I belong to any group, cult or whatever.

Yet, what I know is that there is much more to us than what meets the eye.

The Illuminati (The Rothschild’s and the other 12 Jewish families) are into numerology big time.

They leave NOTHING to ‘coincidence’.

The Illuminati have the greatest financial/economic collapse in world history, civil war and WW3 planned for us and I recommend you to watch the videos below from this perspective.

Has the Hebrew Shemitah come home to curse America?

I do not want to scare you.

I want you to be physically, mentally and spiritually prepared for what is coming.

Prepare for collapse and chaos.

Why the Tribulation MUST Begin Next Year–the Clue Lies In the ‘Sevens’ and the Blood Moons from Lyn Leahz on Vimeo.

“A nation can survive its fools, and even the ambitious. But it cannot survive treason from within. An enemy at the gates is less formidable, for he is known and carries his banner openly. But the traitor moves amongst those within the gate freely, his sly whispers rustling through all the alleys, heard in the very halls of government itself. For the traitor appears not a traitor; he speaks in accents familiar to his victims, and he wears their face and their arguments, he appeals to the baseness that lies deep in the hearts of all men. He rots the soul of a nation, he works secretly and unknown in the night to undermine the pillars of the city, he infects the body politic so that it can no longer resist. A murderer is less to fear.”
– Marcus Tullius Cicero

Meet some of the Illuminati puppets:

Read moreFYI: “Why The Tribulation MUST Begin Next Year — The Clue Lies In The ‘Sevens’ And The Blood Moons”