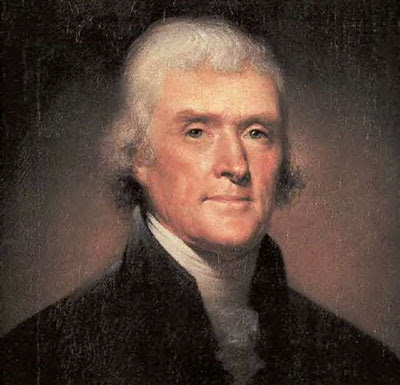 The title is of this article is alarming, and accurate. It will brief you on:

· the treaty that manages Iran’s nuclear program,
· the status of compliance with Iran, the US with the UK and now France, and Israel,
· analysis for the disinformation delivered by the US, UK, France, Israel.

The treaty in question: The Non-Proliferation Treaty (NPT): The Non-Proliferation Treaty[1] (NPT) was designed to limit nuclear weapon development, facilitate availability of nuclear energy, and lead to global nuclear disarmament. The treaty allows any country to develop nuclear material for energy, receive the assistance of the nuclear countries to do so (US, UK, France, Russia, and China), and then be inspected by the International Atomic Energy Agency (IAEA) to verify they do not refine fissionable material beyond energy-grade (3-5%) to weapons-grade (over 85%). To date, no NPT country with a nuclear energy program has developed nuclear weapons. Iran and the US are signatories of NPT. Therefore, the legal and Constitutional US response is to help Iran develop nuclear energy.

Status of compliance: You need three brief paragraphs of history to put the present into context: in 1953, the United States CIA, led by one of President Theodore Roosevelt’s grandsons, initiated a coup in Iran (Operation Ajax[2]) to remove the democratically elected Prime Minister Mohammed Mossadegh. The Iranian government was understandably dissatisfied with the terms of its contract with the Anglo-Persian Oil Company that allowed British interests to claim 85% of the oil profit from Iran.[3] Iran voted to nationalize the oil industry in 1951 after the British declined to renegotiate the terms. The US-led coup was successful, and the royal monarch, Shah Mohammad Reza Pahlavi,[4] became virtual dictator. Fearing popular reprisal, Pahlavi’s government was supported by the CIA in creating the Iranian SAVAK, a vicious secret police for the Shah’s dictatorial government.[5] We can only assume that the oil revenue sharing agreement with the Shah was acceptable to the US and UK.

Under the Eisenhower administration, the US cooperated with the Shah’s government for the development of Iranian nuclear energy through the “Atoms for Peace” program.[6] President Ford agreed to US full cooperation to help Iran build about two dozen nuclear energy plants. When the Iranian people overthrew the Shah’s government in 1979, the US stopped cooperating. The US backed Iraq in their invasion of Iran in 1980 and throughout the war until 1988, seeking a more US-friendly Iranian government. The US provided Saddam Hussein with chemical and biological weapons to use against Iran that the W. Bush administration later used as justification for invading Iraq.[7] Since 1979, the US has worked to prevent Iran having a nuclear energy program, even under the legal provisions of the NPT, and reneged on a multi-billion dollar contract to deliver nuclear fuel to Iran without refunding Iran’s money.[8]

Therefore, all US administrations since Carter in 1979 have committed lies of omission by not disclosing to the public Iran’s treaty-right to nuclear energy under NPT. US political “leadership” obfuscates the issue with rhetoric of Iran’s “nuclear program” to link energy with weapons.[9] Ironically, the US is in additional violation of NPT by developing new nuclear weapons and threatening to use them rather than work for global disarmament as per treaty terms.[10] The US actions are also in violation of the UN Charter in threatening war.[11]

The UK and France are out of NPT compliance by not assisting Iran for nuclear energy development and then accepting the reasonable terms of full monitoring of nuclear refinement that has had a perfect history for safety and compliance for over 40 years. Israel is not signatory to NPT; they ironically choose what they accuse of Iran: a secret nuclear weapons program estimated at 200 warheads. Israel has also been found by the UN’s Human Rights Council to be in numerous violations of War Crimes against Gaza.

The previous three paragraphs are plain vanilla history in conservatively-known content. This means it is encyclopedic and not disputed by government or argued by historians. It should be clear to you that “leadership” from both political parties and mainstream media do not provide the necessary context of history and treaty facts to evaluate the Bush and Obama administrations’ statements threatening war with Iran. Their collective use of the term “nuclear program” is intentionally conflating the two distinct technologies of legal low-grade energy refinement with illegal very high-grade weapons refinement. We could also call it fraud, as it deliberately misinforms.[12]

Iran is in compliance of NPT by having all facilities disclosed and open for IAEA monitoring. On Monday September 21, 2009 Iran disclosed to IAEA per NPT terms of 180 day notification of a new nuclear energy facility that is about 18 months away from operation. For discussion, read here.

Despite the facts, the vice-president still insists that Saddam Hussein could have produced weapons of mass destruction

In yet another attempt at revisionist history by the outgoing Bush administration, vice-president Dick Cheney, in an exclusive interview with ABC News, took exception to former presidential adviser Karl Rove’s contention that the US would not have gone to war if available intelligence before the invasion had shown Iraq not to possess weapons of mass destruction. Cheney noted that the only thing the US got wrong on Iraq was that there were no stockpiles of WMD at the time of the 2003 invasion. “What they found was that Saddam Hussein still had the capability to produce weapons of mass destruction. He had the technology, he had the people, he had the basic feed stock.”

The vice-president should re-check both his history and his facts. Just prior to President Bush’s decision to invade Iraq, the UN had teams of weapons inspectors operating inside Iraq, blanketing the totality of Iraq’s industrial infrastructure. They found no evidence of either retained WMD, or efforts undertaken by Iraq to reconstitute a WMD manufacturing capability. Whatever dual-use industrial capability that did exist (so-called because the industrial processes involved to produce legitimate civilian or military items could, if modified, be used to produce materials associated with WMD) had been so degraded as a result of economic sanctions and war that any meaningful WMD production was almost moot. To say that Saddam had the capability or the technology to produce WMD at the time of the US invasion is a gross misrepresentation of the facts.