– Is This The Next PayPal?

– PAYPAL BANS Bare Naked Islam for no reason but allows the Islamic State (ISIS) to use them to fund their operatives in the U.S.

The bitcoin price broke $4,000 for the first time over the weekend, and it continued its record-setting run on Monday. The bitcoin market cap soared past $70 billion, initiating an event the cryptocurrency community has been anticipating for years: bitcoin now has a greater total valuation than payment-processing behemoth PayPal.

Throughout the summer, one of the biggest activist stories, therefore one naturally involving Carl Ichan, was whether eBay would spin off PayPal. And sure enough, following months of promises and vows by John Donohoe that the company would never split, on September 30, around the time the market started hitting one record high after another, the company announced it would do precisely the opposite and all those activist demands would be fulfilled (and that John Donohoe would be handsomely compensated for his lies, especially since he would have no role in the resulting company).

So when the press release hit, some were wondering just what do the following buzzwords mean:

But a huge shift just occurred, which virtually guarantees that Bitcoin will become a normal payment method. Specifically, PayPal has just announced that it will accept Bitcoin.

“People say I should have moved money to the bank.

I thought I shouldn’t put too much money in the bank from looking at the financial crisis.”

One of my readers said, ”You were Assanged.”

How Iori Mochizuki could have left so much money in his PayPal account is beyond me.

I hope he will recover somehow.

Wish I would get so many donations.

– [Column] Paypal decided to close FD’s Paypal account for no reason, lost one year living expense / Was I Assanged ? (Fukushima Diary, May 8, 2014)

This is how the elitists do it …

… as described in John Perkin’s book …

They send an economic hitman which offers new leaders of foreign countries $200 million (… or more if deemed necessary; It’s probably much more today, because of inflation.) for their ‘cooperation’.

If they refuse to ‘cooperate’ here come the jackals.

So Glenn Greenwald may well have had to choose been $250 million or death.

Understandably he took the money.

He unlike some South American leaders that did resist the U.S. (… and died!!!) has not even a security apparatus behind him that could possibly protect him from the NSA & the CIA.

I guess alternative journalism does pay

NSA crusader may have something to hide

Why has one of the chief shareholders of PayPal – a company known to cooperate with the NSA – given Glenn Greenwald and friends $250 million – yes one quarter of a billion dollars – to start a new news agency?

With all due respect to Greenwald, why is he so sensitive about the matter and unwilling to discuss the rather obvious conflict of interest openly?

– National ‘virtual ID card’ scheme set for launch (Is there anything that could possibly go wrong?) (Independent, Oct 4, 2012):

Central online identity scheme ‘will be a target for criminals’

The Government will announce details this month of a controversial national identity scheme which will allow people to use their mobile phones and social media profiles as official identification documents for accessing public services.

People wishing to apply for services ranging from tax credits to fishing licences and passports will be asked to choose from a list of familiar online log-ins, including those they already use on social media sites, banks, and large retailers such as supermarkets, to prove their identity.

Once they have logged in correctly by computer or mobile phone, the site will send a message to the government agency authenticating that user’s identity.

The Cabinet Office is understood to have held discussions with the Post Office, high street banks, mobile phone companies and technology giants ranging from Facebook and Microsoft to Google, PayPal and BT.

Ministers are anxious that the identity programme is not denounced as a “Big Brother” national ID card by the back door, which is why data will not be kept centrally by any government department. Indeed, it is hoped the Identity Assurance Programme, which is being led by the Cabinet Office, will mean the end to any prospect of a physical national ID card being introduced in the UK.

Peter Thiel, the PayPal co-founder and one of the first investors in Facebook, is proposing a controversial path toward more rapid innovation. Today his Thiel Foundation announced that it was giving 24 people under 20 $100,000 fellowships to drop out of school for two years to start a their own companies.

Some of the recipients are leaving first-rate institutions like Harvard and Stanford to take the fellowship. In a press release, the foundation’s head, James O’Neill, said that in taking the fellowship they were “challenging the authority of the present and the familiar.”

Read morePayPal Co-Founder Peter Thiel Hands Out $100,000 Fellowships To NOT Go To College

BERLIN – WikiLeaks has lost a major source of revenue after the online payment service provider PayPal cut off its account used to collect donations, saying the website is engaged in illegal activity.

The announcement also came as WikiLeaks is struggling to keep its website accessible after service providers such as Amazon dropped contracts, and governments and hackers continued to hound the organization.

The weekend move by PayPal came as WikiLeaks’ release of hundreds of thousands of United States diplomatic cables brought commercial organizations on the Internet that have business ties with the organization under more scrutiny. 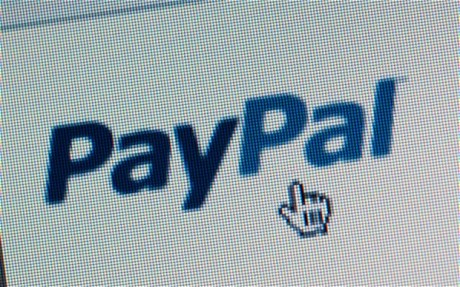 The decision follows the publication by WikiLeaks of thousands of leaked US embassy cables.

WikiLeaks accused PayPal, which is based in America, of bowing to US Government demands to withdraw its service. PayPal is one of several methods that enables WikiLeaks to receive donations and finance its operations.

On Wednesday, Amazon ended an agreement to host WikiLeaks, forcing the website to switch to a Swiss internet address on Friday. It had also been dropped by another US internet service provider.

In a posting on WikiLeaks’ Twitter page, the website announced: “PayPal bans WikiLeaks after US government pressure.”

A statement on the PayPal site said: “PayPal has permanently restricted the account used by WikiLeaks due to a violation of the PayPal Acceptable Use Policy, which states that our payment service cannot be used for any activities that encourage, promote, facilitate or instruct others to engage in illegal activity. We’ve notified the account holder of this action.”