Despite leading in the polls for Round One, The Express reports that a monumental computer blunder could cost Marine Le Pen the French general election as 500,000 citizens living outside of France have the chance to vote twice.

And the Rothschilds are the ones who are behind Europe’s engineered migrant crisis.

Paul Joseph Watson now says that he is finished with Trump, after realizing that he is an elite puppet.

Meanwhile, note the continuing fascism, violence, and thuggery of the Left — this attack comes from the same impulse that led some people at Truman State University to call for me to be physically attacked when I speak there tonight.

I said before the election that Donald Trump, like Hillary Clinton, is just another elite puppet.

And now Paul Joseph Watson will support Marine Le Pen, which is another elite puppet?

France’s far-right National Front (FN) leader, Marine Le Pen has said that if she is elected president she will ask the European Union for “four sovereignties back”. She told BBC HARDtalk’s Stephen Sackur she wanted legislative, territorial, economic and monetary sovereignty all returned to France.

For my German speaking readers this video is a MUST-WATCH:

Marine Le Pen’s threat to redenominate €1.7 billion in French debt infor francs has sparked panic among the establishment, with rating agencies, economist and central bankers all warning that this would amount to the largest sovereign default on record, threatening chaos to the world financial system on top of the collapse of the single currency.

And the Rothschilds are behind Europe’s engineered migrant crisis. 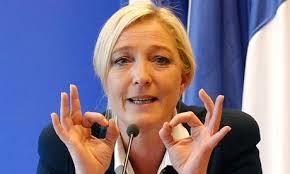 – Le Pen Kicks Off Presidential Campaign Echoing Trump: The Highlights From Her Manifesto:

The leader of the anti-immigration French National Front party Marine Le Pen kicked off her presidential campaign on Saturday by echoing many of the same vows that brought Trump to power in the US, hoping promises to shield voters from globalization, promote protectionism, leave the Eurozone, slap taxes on imports and on the job contracts of foreigners, lower the retirement age, increasing welfare benefits and boost defense spending push her above her competitors at a time of sweeping political turmoil in France.

According to opinion polls – which have recently shown their utter irrelevance in the age of Brexit and Trump – the 48-year old daughter of National Front (FN) founder Jean-Marie Le Pen has a solid lead in the first round on April 23 but then losing the May 7 run-off to a mainstream candidate, who after last week’s fireworks may no longer be her main challenger Francois Fillon, thanks to a corruption scandal.

– Marine Le Pen Wants France Out Of The Euro, Will Redenominate French Debt In New Currency:

French presidential candidate and National Front leader, Marine Le Pen, said she wants to take France out of the euro, reiterating comments made the day before, and – taking a page out of the Yanis Varoufakis Grexit negotiating strategy playbook – added she wants to redenominate French government debt in a new national currency.

“More and more European citizens realize their economies have been suffocated by the euro,” she told reporters on the sidelines of a press conference in Paris quoted by Bloomberg.

French National elections take place in two rounds of voting 2017. Marine le Pen is widely expected to be one of the final two candidates.

Today she praised the UK for choosing their own destiny and repeated her pledge to have a referendum on France’s membership in the EU. 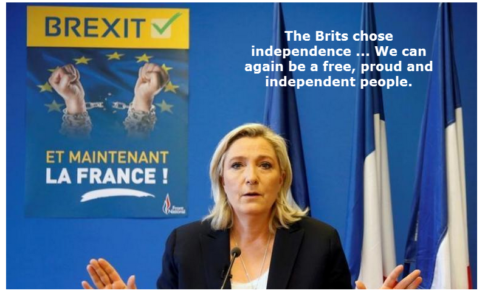 In her first public meeting after a summer break in the tiny village of Brachay in northeastern France, Le Pen portrayed herself as the sole credible defender of law and order and national unity, saying the best way to combat terrorism was the ballot paper.

“I think if she was elected she would continue this policy, a destructive policy, a policy of conflict, a policy of imprisonment of Europe in blinded Atlanticism,” Le Pen said. “I think it’s a danger for world peace.”

If there is one ‘winner’ from last night’s terrible events in Paris, it is France’s anti-EU, anti-immigration far-right wing Front Nationale party leader Marine Le Pen. Having already ascended to the lead in yet another poll ahead of France’s 2017 elections, Le Pen came out swinging this morning call for France to “re-arm itself,” stating that radical Islam must be “eradicated” from France. She further demanded that border controls be made “permanent” and binational Islamists must be depreived of their French passport.

Which is all fine if this was some extreme and unpopular party, but in fact…

The Front National party in France are moving one step closer to seriously challenging for the country’s presidency. A new opinion poll reveals that their leader, nationalist firebrand Marine Le Pen, has topped yet another poll ahead of the elections in 2017.

Ten days ago, before Varoufakis even announced his stunning break of negotiations with the Troika and proceeded to engage in a referendum which perhaps more symbolically than anything else just said a resounding “No” to the status quo, we said to Forget Grexit, “Madame Frexit” Says France Is Next: French Presidential Frontrunner Wants Out Of “Failed” Euro.

Because while the ECB could at least in theory contain the Grexit fallout with a few hundred billion in bond (and stock, since Europe is pretty much fresh out of bonds it can monetize) purchases, it will not be able to halt the contagion once it spreads to Italy, Spain and Portugal. But once it reaches France, and Marine Le Pen engages in the same type of negotiations with the Troika as Greece just did, it’s all over. 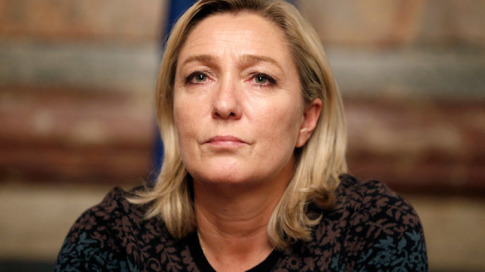 The Queen has sent “sincere condolences” to French President Hollande over the Paris attack (as have Obama, Merkel, and Cameron) as he puts Paris on high terrorist alert as the manhunt for the reported 3 killers continues. Front National’s Marine Le Pen has been more vociferous in her remarks, wanting to “defend against war waged on France,” and calling for “rejection of fundamental islam.” The remarks and actions of the day are even more chilling in light of Chrlie Hebdo’s editor’s comments in 2012 that “our job is not to defend freedom of speech but without it we’re dead. We can’t live in a country without freedom of speech. I prefer to die than to live like a rat.” 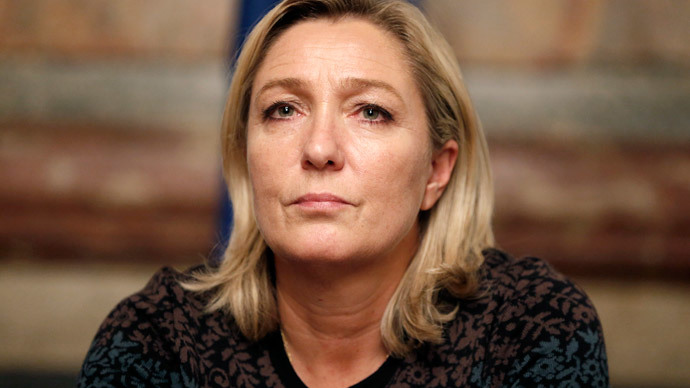 It’s not just Scotland… or Catalan. As The Guardian reports, polls out in the past few days in France have shown far-right Front National (FN) leader Marine Le Pen topping a presidential poll for the first time. Alongside this surge in support for FN is the utter collapse in the French people’s faith in Hollande. Less than 20% of voters now approve of the French president and stunningly more than half the nation’s card-holding-socialists have given up on him. An unprecedented 85% of French voters don’t think Hollande should seek a second term. One word – guillotine? 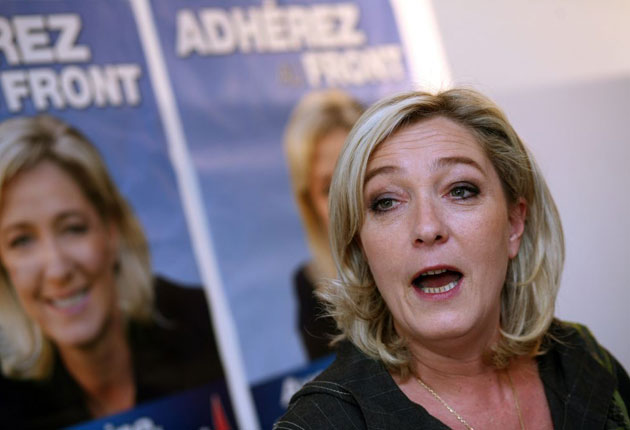