And a good knife is a must-have in a survival situation.

So (especially my readers in the UK) get yourself some good knives.

With a limited budget I recommend to get (several, if possible) Morakniv Companion’s.

The Morakniv Bushcraft is a bit more expensive, but it’s a very good knife.

And the Morakniv Kansbol is a great knife as well.

However, the only FULL TANG Morakniv is the Garberg, but the grip of the knife handle could be slightly improved. Other than that it’s a great knife.

A nice little neck knife is the Morakniv Eldris, but it is to thick to wear as an EDC neck knife.

The Cold Steel 3V SRK is beyond awesome (and very forgivable – watch the video).

And if you are looking for THE absolute perfect hunting knife out there, then the Cold Steel 3V Master Hunter is highly recommended, but it is a hunting knife and not an all round survival knife, like the SRK.

You can search for these knives also on @ Amazon.co.uk & @ Amazon.de (and if you use these links I.U. will get a small commission. The prize for you stays the same.)

You may want to consider to add bows & crossbows & arrows, machetes & swords & combat axes and slingshots & steel bullets to your outdoor, survival and self-defence arsenal as well.

Paris is predicted to get totally burned to the ground, those who will not leave in time will most probably not make it. 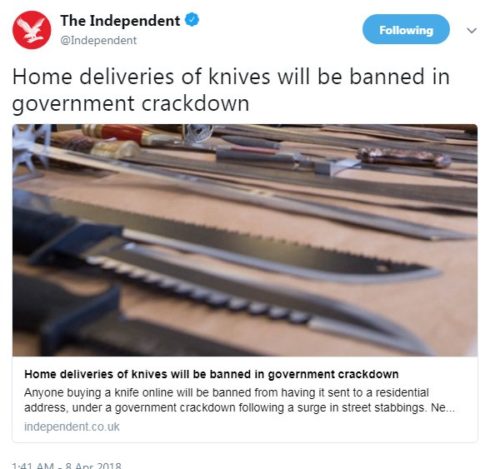 – Ban on home deliveries of knives in government crackdown after surge in London stabbings:

Anyone buying a knife online will be banned from having it sent to a residential address, under a government crackdown following a surge in street stabbings.

New legislation, to be brought forward within weeks, will also make it illegal to possess zombie knives and knuckledusters in private – or any knife on further education premises.

Rapid firing rifles will be banned and the legal definition for threatening someone with an offensive weapon changed to make prosecutions easier.

Read moreUK: Home Deliveries Of Knives Will Be BANNED In Government Crackdown!!! 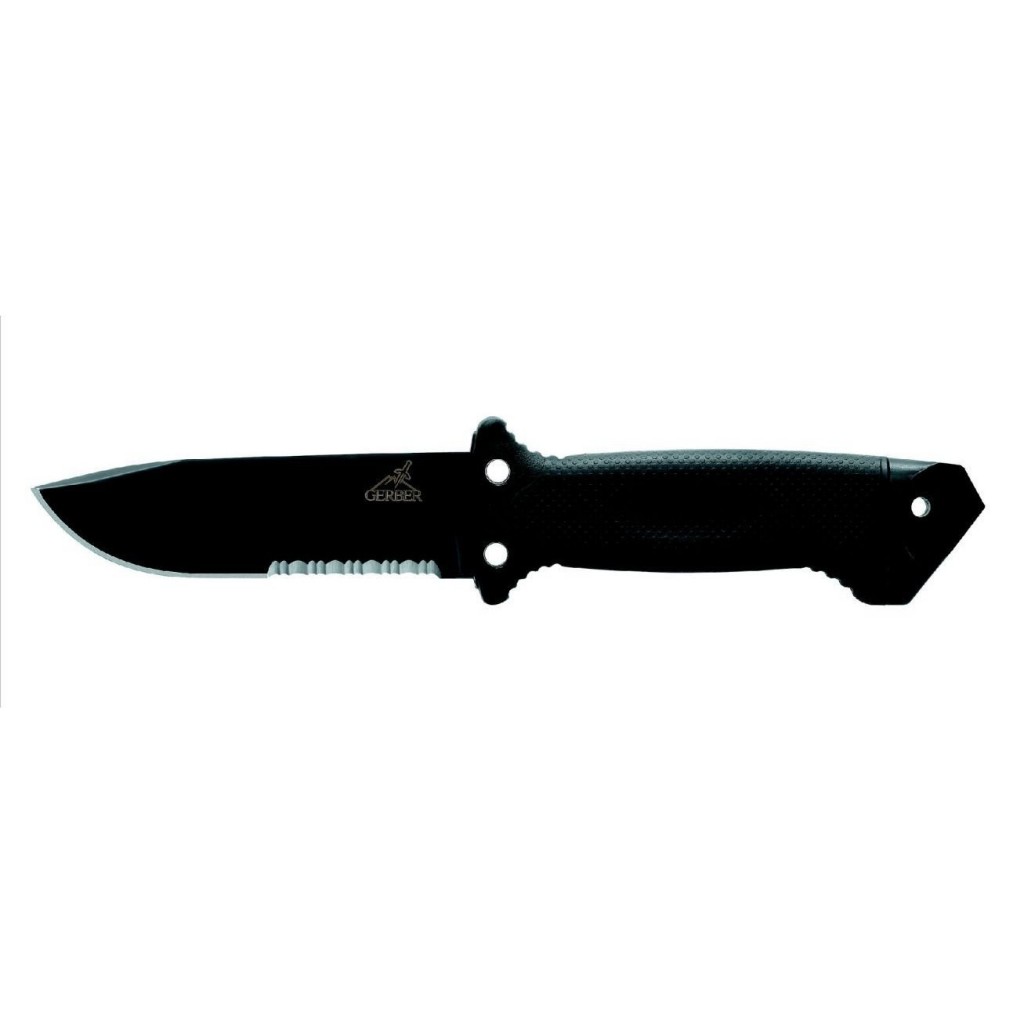 The Gerber 22-01629 LMF II Black Infantry Knife was designed for survival during even the worst conditions. This 10-inch survival knife was engineered by former military man Jeff Freeman and was field-tested with troops, ensuring that it can stand up to rugged, rigorous use and offer high performance under a variety of emergency conditions.

Strong, Serrated Blade Can Be Used in All Situations
Whether you need to cut firewood, build a shelter, or slice through a seat belt, the LMF II survival knife has you covered. It was designed to adapt to a wide variety of situations, so you’ll never have to worry whether you have the right knife. 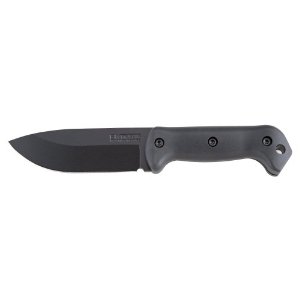 Perfect for camping and/or hunting, the Ka-Bar Becker Companion Knife has the strength for splitting kindling, and the sharp edge required for skinning game or chopping onions for the campfire grill. Designed for everyday utility, the knife has a 5.5-inch drop point blade of 1095 cro-van steel, that can puncture and slice with a versatile 20-degree edge angle. The Grivory handle, meanwhile, provides a balanced grip for any outdoors chore. The fixed blade knife measures 10.5 inches long overall, and is easy to carry with the included glass-filled nylon sheath. Made in the USA, the Companion knife is built tough to handle all your outdoor adventures and carries a limited lifetime warranty against defects in materials and workmanship from Ka-Bar.