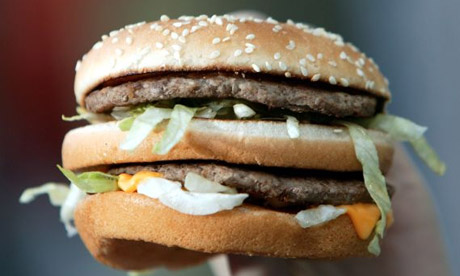 (NaturalNews) A diet including unlimited amounts of junk food can cause rats to become so addicted to the unhealthy diet that they will starve themselves rather than go back to eating healthy food, researchers have discovered.

In a series of studies conducted over the course of three years and published in the journal Nature Neuroscience, Scripps Florida scientists Paul Johnson and Paul Kenny have shown that rats’ response to unlimited junk food closely parallels well-known patterns of drug addiction — even down to the changes in brain chemistry.

“What we have are these core features of addiction, and these animals are hitting each one of these features,” Kenny said.

In their first study, the researchers fed rats on either a balanced diet or on the same diet plus unlimited access to junk foods purchased at a local supermarket, including processed meats and cakes. Within a short time period, the rats on the junk food diet began to eat compulsively and quickly became overweight.

“They’re taking in twice the amount of calories as the control rats,” Kenny said.

The researchers hypothesized that the rats were eating compulsively because, like drug addicts, they had become desensitized to smaller amounts and needed more and more for the same rush of pleasure.

Many recreational drugs work by directly stimulating the brain’s pleasure centers, particularly the dopamine receptor known as D2. Overstimulation of this receptor causes the body to start producing less dopamine, leading the addict to compensate by taking more of the drug.

Since dopamine can also be released by pleasurable activities such as food or sex, Kenny and Johnson speculated that food addiction could develop in the same way. To test whether the rats had, in fact, become habituated to dopamine, the researchers took the rats from the first experiment and hooked their brains up to a device that would directly stimulate their D2 receptors when they ran on a wheel.

Junk food is almost as addictive as heroin, scientists have found. 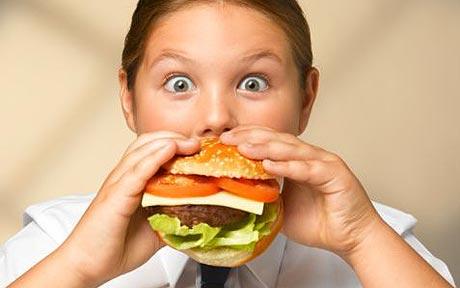 A diet of burgers, chips, sausages and cake will programme your brain into craving even more foods that are high in sugar, salt and fat, according to new research.

Over the years these junk foods can become a substitute for happiness and will lead bingers to become addicted.

Dr Paul Kenny, a neuroscientist, carried out the research which shows how dangerous high fat and high sugar foods can be to our health .

“You lose control. It’s the hallmark of addiction,” he said.

The researchers believe it is one of the first studies to suggest brains may react in the same way to junk food as they do to drugs.

“This is the most complete evidence to date that suggests obesity and drug addiction have common neuro-biological foundations,” said Paul Johnson, Dr Kenny’s work colleague.

Sixty-two people were arrested in total and all face charges including racketeering, conspiracy to commit racketeering and grand theft, according to the Miami-Dade state attorney’s office.

Armed with potent drugs and new technology, a dangerous breed of soldiers are being trained to fight America’s future wars.

Amphetamines and the military first met somewhere in the fog of WWII, when axis and allied forces alike were issued speed tablets to head off fatigue on the battlefield.

More than 60 years later, the U.S. Air Force still doles out dextro-amphetamine to pilots whose duties do not afford them the luxury of sleep.

Through it all, it seems, the human body and its fleshy weaknesses keep getting in the way of warfare. Just as in the health clinics of the nation, the first waypoint in the military effort to redress these foibles is a pharmaceutical one. The catch is, we’re really not that great at it. In the case of speed, the U.S. Drug Enforcement Agency itself notes a few unwanted snags like addiction, anxiety, aggression, paranoia and hallucinations. For side-effects like insomnia, the Air Force issues “no-go” pills like temazepam alongside its “go” pills. Psychosis, though, is a wee bit trickier.

Far from getting discouraged, the working consensus appears to be that we just haven’t gotten the drugs right yet. In recent years, the U.S., the UK and France — among others — have reportedly been funding investigations into a new line-up of military performance enhancers. The bulk of these drugs are already familiar to us from the lists of substances banned by international sporting bodies, including the stimulant ephedrine, non-stimulant “wakefulness promoting agents” like modafinil (aka Provigil) and erythropoietin, used to improve endurance by boosting the production of red blood cells.