Despite the tragic and ‘corrupt’ nature of the EU Food Safety Authority (EFSA) and their report Thursday stating the ‘unlikely’ carcinogenicity of the most widely used active substance in herbicides – glyphosate – there is a very important admission in the report: “It is likely, therefore, that the genotoxic effects observed in some glyphosate-based formulations are related to the other constituents or “co-formulants”. 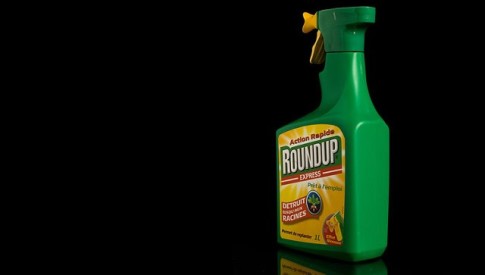 This single EFSA admission may change the face of how pesticides are regulated worldwide, as up until now only studies on the ‘active’ substances, such as glyphosate in Monsanto’s Roundup herbicide formulation, have been taken into account by regulators.

EFSA proposes that the toxicity of each pesticide formulation and in particular its genotoxic potential should be further considered and addressed by Member State authorities while they re-assess uses of glyphosate-based formulations in their own territories.

A very important point is that glyphosate-based herbicides would not work well to kill weeds for farmers or gardeners without the addition of these extra additional chemicals known as adjuvants.

Independent scientists have long warned that pesticides are authorized for use based on medium- or long-term tests on laboratory animals carried out with a single chemical ingredient, which is known as the active ingredient because it is assumed to be responsible for giving the pesticide its pest- or weedkilling action.

However, the complete pesticide formulations as sold and used also contain additives (adjuvants), which increase the pest- or weedkilling activity of the pesticide. These complete formulations do not have to be tested in medium- and long-term tests – even though they are the substances to which farmers and citizens are exposed.

This is a serious defect of the regulatory process, according to a published study by the team of Professor Séralini (Mesnage et al. 2014, Biomedical Research International). The study found that for eight major pesticides (out of a total of nine analyzed), the commercial formulation is up to 1000 times more toxic than the active ingredient assessed for safety by regulators.

“The International Agency for Research on Cancer (IARC) said earlier this year that glyphosate was genotoxic and would “probably” cause cancer in humans.

However, the IARC report looked at both glyphosate – an active substance – and glyphosate-based formulations, grouping all formulations regardless of their composition. The EU assessment, on the other hand, considered only glyphosate. Member States are responsible for evaluating each plant protection product that is marketed in their territories.

This is because the EU and IARC take different approaches to the classification of chemicals. The EU scheme –assesses each individual chemical, and each marketed mixture separately. IARC assesses generic agents, including groups of related chemicals, as well as occupational or environmental exposure, and cultural or behavioural practices.

This distinction between active substance and pesticide formulation mainly explains the differences in how EFSA and IARC weighed the available data. For the EU assessment, studies conducted with glyphosate were more relevant than studies conducted with formulated products containing other constituents, particularly when the other constituents could not be clearly identified.”