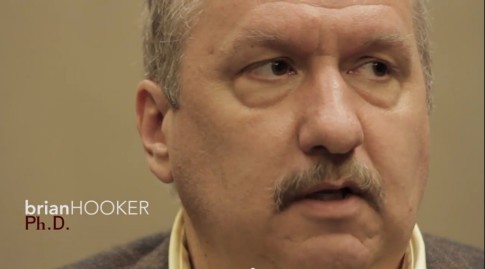 Note: Health Impact News is not exclusively an outlet for news on the dangers of vaccines. It is one of many topics we cover that the mainstream media typically does not. However, we are in the midst of one of the most significant news events of the century, and as of the time of this writing, the mainstream media has completely ignored it.

As we have already reported, a top researcher employed by the U.S. Centers for Disease Control (CDC) has come forward as a whistle-blower, confessing to his participation in actively covering up data that clearly links vaccines to autism. (See: CDC Whistleblower: CDC Covered Up MMR Vaccine Link to Autism in African American Boys)

The pharmaceutical industry is well-funded. They are perhaps the richest and most powerful group in the world here in the 21st Century. They will fight back and spin this story as best they can – you can be sure of it.

What we will need are more whistle-blowers from the MSM. They will most certainly lose their jobs and careers if they become whistle-blowers, as Sharyl Attkisson, formerly of CBS News, lost her job. Others, like Ben Swann, have left the MSM to start their own independent reporting where they are more free to publish the truth on many issues, including vaccines and autism.

So please excuse us for the moment, if we focus a bit more on the vaccine issue than we normally do. This information is not available in the MSM yet, and that is why we exist: to bring you important topics related to health that the MSM will not cover.

Dr. Brian Hooker and the CDC

Many people, even in the alternative media, have been reluctant to give much coverage to this story, wondering if it is indeed true? Some have even suggested that there is no whistle-blower, but that this is all a setup by the CDC to make the “anti-vaccine” crowd look foolish. I am sure that will all change soon, since the whistle-blower’s name has now been revealed. The news will develop quite fast from here on out.

The only reason I have decided to give exposure to this story is because of one man: Dr. Brian Hooker. This is a man I have known for some time now, and he has been a contributing author here at Health Impact News on the topic of vaccines, autism, and the CDC.

Dr. Hooker participated in the production of a video that reveals his relationship to the whistle-blower, and you can watch it here:

Dr. Hooker is the father of a vaccine-injured child, and is a Ph.D. researcher. He has fought against the CDC for more than 12 years, using the Freedom of Information Act to try and gather as much data as he could from the studies that the CDC has published that claim there is no link between vaccines and autism. He has submitted much of the results of his own internal investigation of the CDC data on vaccines and autism to Congress. Congressman Bill Posey has assisted him in forcing the CDC to comply with many of these requests.

After almost 12 years, his tireless pursuit of finding the truth that the CDC was hiding paid off, as the CDC finally handed over documents so that Dr. Hooker could look at the raw data that the CDC used to claim that there was no link between vaccines and autism. It took some Congressional pressure from Congressman Bill Posey to get this information. (See: CDC Caught Hiding Data Showing Mercury in Vaccines Linked to Autism)

We covered this story back in on February 21st of this year (2014) and the story went viral quickly. The MSM did not cover the story originally, but as our story gained popularity in social media, one of the appointed vaccine “attack dogs” put out a piece attacking Dr. Hooker and his analysis of the data.

Dr. Hooker is a hero, and I believe history will bear that out. He faces a tough road ahead, as he continues to analyze the CDC data that has been covered up and withheld from the public for so long. He needs our prayers and support during this time, as does Dr. Thompson the CDC whistle-blower.

Dr. Hooker has clearly stated what his goal is in his pursuit of getting the truth from the CDC: a safer vaccine schedule for children. Tens of thousands of children are damaged or killed by vaccines, as the government vaccine compensation program proves, and yet the CDC continues to promote a one-size-fits all vaccine schedule that sacrifices the lives of so many children.

This past week, Dr. Hooker appeared on the Scott Bell show. Scott Bell, who has been interviewing Dr. Hooker and Dr. Andrew Wakefied for years on the vaccine-autism issue, referred to the CDC as the “Center for Disease Creation.” Below are some quotes from Dr. Hooker in his interview with Scott Bell.

Dr. Hooker stated that he reanalyzed data according to a “public data agreement.” He stated: “CDC by law has to provide these public data sets.”

Dr. Hooker re-analyzed the data for the first MMR vaccine and risk of autism. He stated: “I received the same results from the study as the CDC did, they just never reported the risk. They chose to bury this information. They came out with a publication in 2004 that the African American child was not at risk.”

Dr. Hooker has since reanalyzed the data, including the data that was covered up, and published the result here: Measles-mumps-rubella vaccination timing and autism among young african american boys: a reanalysis of CDC data. His conclusion: “The present study provides new epidemiologic evidence showing that African American males receiving the MMR vaccine prior to 24 months of age or 36 months of age are more likely to receive an autism diagnosis.”

On the Scott Bell show, Dr. Hooker discussed his relationship with the CDC whistle-blower.

“I have been in contact with the whistle-blower for almost a year now. Because of this contact and because of some documents I have received, primarily through Congressional request, not really through the whistle-blower…. I received the same results from the study as the CDC did, they just never reported the risk. They chose to bury this information. They came out with a publication in 2004 that the African American child was not at risk.”

Dr. Hooker then pointed out how Dr. Coleen Boyle was one of the co-authors of the study where the data was suppressed, and that she has testified under oath before Congress:

“He’s very sorry for his own behavior. One of the co-authors of this study was doctor Coleen Boyle. Dr. Coleen Boyle has testified several times before Congressional Committees…saying there is no reliable evidence that shows there was any relationship between vaccines and autism. Yet she was a co-author on this paper. She knew about the cover-up. She was complicit in the cover-up. She had specific conversations among the co-authors not to release this particular information. If she has lied, she has perjured herself in front of Congress. And now we have the evidence that she did that very thing.”

Dr. Hooker then says that the whistle-blower even tried to encourage Dr. Gerberding, then head of the CDC, to share all this data with the Institute Of Medicine, but was reprimanded. Dr. Gerberding left the CDC in 2009 and is now the head of Merck’s (the manufacturer of the MMR vaccine) vaccine division.

We owe a huge debt of gratitude to Dr. Brian Hooker and his 12-year fight to obtain source data from the CDC! He needs our prayers and support, as the ride will for sure get quite bumpy from here on out. As he stated on the Scott Bell show: “This is the tip of the iceberg. There is much much more that will be revealed.”

We will continue to cover this story here at Health Impact News, and I am sure Scott Bell will as well on his radio program.

1 thought on “Dr. Brian Hooker: Father of Vaccine-damaged Child and His Relentless Pursuit to Expose Fraud at the CDC (Video)”