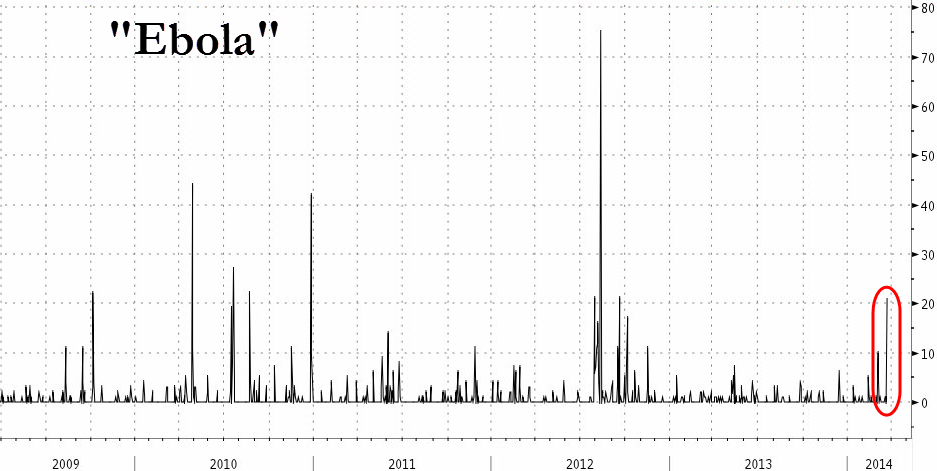 And that is definitley not a good thing… 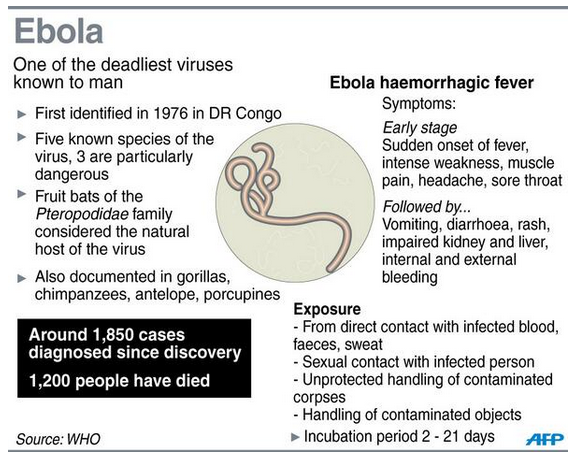 As The BBC reports, Canada is now the latest nation to have a potential case…

The man had recently returned from Liberia in the west African region, currently suffering a deadly outbreak of an unidentified haemorrhagic fever.

He is in isolation in critical condition in Saskatoon, the largest city in Saskatchewan province.

Dr Denise Werker, the province’s deputy chief medical officer, declined to say how long the man had been in Africa but said he only fell ill after returning to Canada.

She said that was in line with the profile of common deadly haemorrhagic fever viruses Lassa fever and Ebola, which have an incubation period of up to 21 days.

She said the people most at risk were healthcare workers who do not protect themselves from contact with the patient’s bodily secretions.

“There is no risk to the general public,” she said. “We recognise that there is going to be a fair amount of concern and that is why we wanted to go public with this as soon as possible.”

A virus resembling Ebola has struck in Guinea, with cases also reported in Liberia.

As many as 61 people have died of the disease in the remote forests of southern Guinea.