In addition to the nationalization of his gold insutry, Chavez earlier also announced that he would recover virtually all gold that Venezuela hold abroad, starting with 99 tons of gold at the Bank of England.

As the WSJ reported earlier, “The Bank of England recently received a request from the Venezuelan government about transferring the 99 tons of gold Venezuela holds in the bank back to Venezuela, said a person familiar with the matter.

A spokesman from the Bank of England declined to comment whether Venezuela had any gold on deposit at the bank.” That’s great, but not really a gamechanger.

After all the BOE should have said gold. What could well be a gamechanger is that according to an update from Bloomberg, Venezuela has gold with, you guessed it, JP Morgan, Barclays, and Bank Of Nova Scotia. As most know, JPM is one of the 5 vault banks.

The fun begins if Chavez demands physical delivery of more than 10.6 tons of physical because as today’s CME update of metal depository statistics, JPM only has 338,303 ounces of registered gold in storage. Or roughly 10.6 tons.

A modest deposit of this size would cause some serious white hair at JPM as the bank scrambles to find the replacement gold, which has already been pledged about 100 times across the various paper markets.

Keep an eye on gold in the illiquid after hour market. The overdue scramble for delivery may be about to begin. 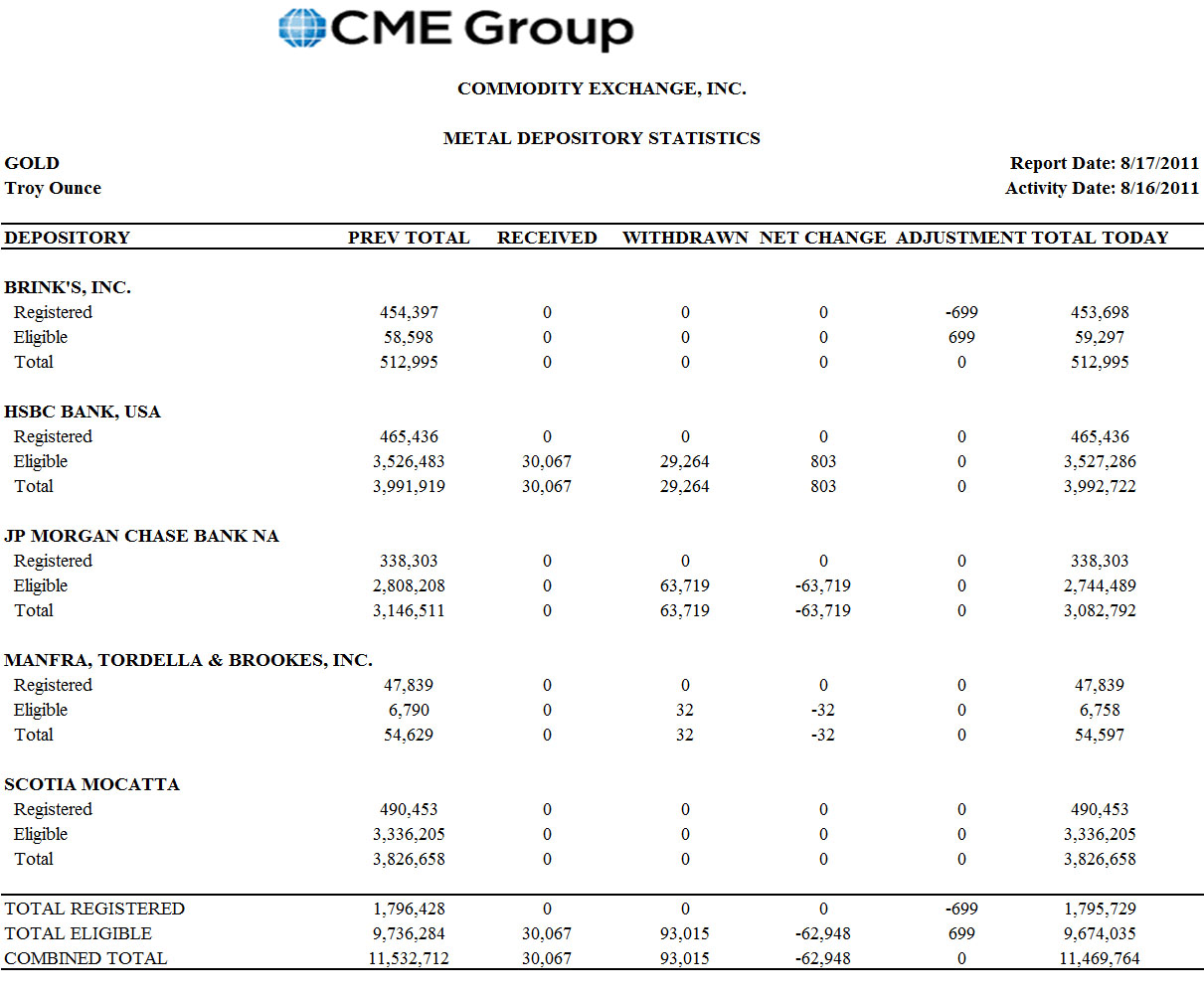