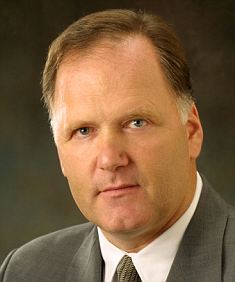 Obesity levels have risen sharply in the past 20 years in the U.S. and one Illinois lawmaker thinks he has the solution – force parents of chunky children to lose their tax breaks.

One in four people in a staggering 33 states are obese and State Senator Shane Cultra says that hitting people in their pockets is the way to slim-down the country.

Were a ‘sin’ tax to be introduced in Illinois, it would mean parents being denied a $2000-a-year tax break.

According to the Centers For Disease Control And Prevention (CDC), obesity in Illinois lies at a gut-wrenching 26.5 per cent, but it’s by no means the fattest state. There are 24 states with chubbier citizens. Mississippi is the worst offender, with 34.4 per cent of its population considered officially obese.

The place you’re most likely to see a flat stomach in the US is in Colorado, which has an obesity rate of 18.6 per cent.

In comparison, the European Union has an obesity rate of just 15.5 per cent, with the UK’s at 24.5 per cent, the worst in the league.

Other measures being considered in Illinois to tackle the state’s bulging waistlines include taxing sugary drinks more heavily. But with 40,000 Illinoisans working in the industry, some lawmakers are wary of punishing its finances too harshly.

Tim Bramlet, executive director of the Illinois Beverage Association, told stltoday.com: ‘We just think the beverage tax is actually the wrong way to go, and won’t help the problem.’

However, Elissa Bassler, CEO of the state’s Public Health, pointed out that money to tackle obesity must come from somewhere, because the already huge medical costs associated with the problem are only set to rise.

‘Currently, the direct health care cost of obesity in Illinois is over $4billion, and that is expected to rise to $14billion or more by 2018,’ she said.