Today’s $29 billion 7 Year auction just closed at a yield of 2.895%, the highest since April 2010, just the time when QE1 was ending and everyone was certain there would be no follow through monetization. The Bid To Cover was 2.79, weaker compared to recent auctions, and 2 bps wider of the When Issued, implying the auction was not all that hot. Directs took down 8.76%, in line with the last year average, Indirects accounts for 49.41%, or the lowest foreign take down since November 2010, while PDs bought 41.83% of the auction. Altogether a weak auction but it’s not like the PDs would let it fail especially not with QB9 becoming the next “flip back to the Fed” bond for the PD community. 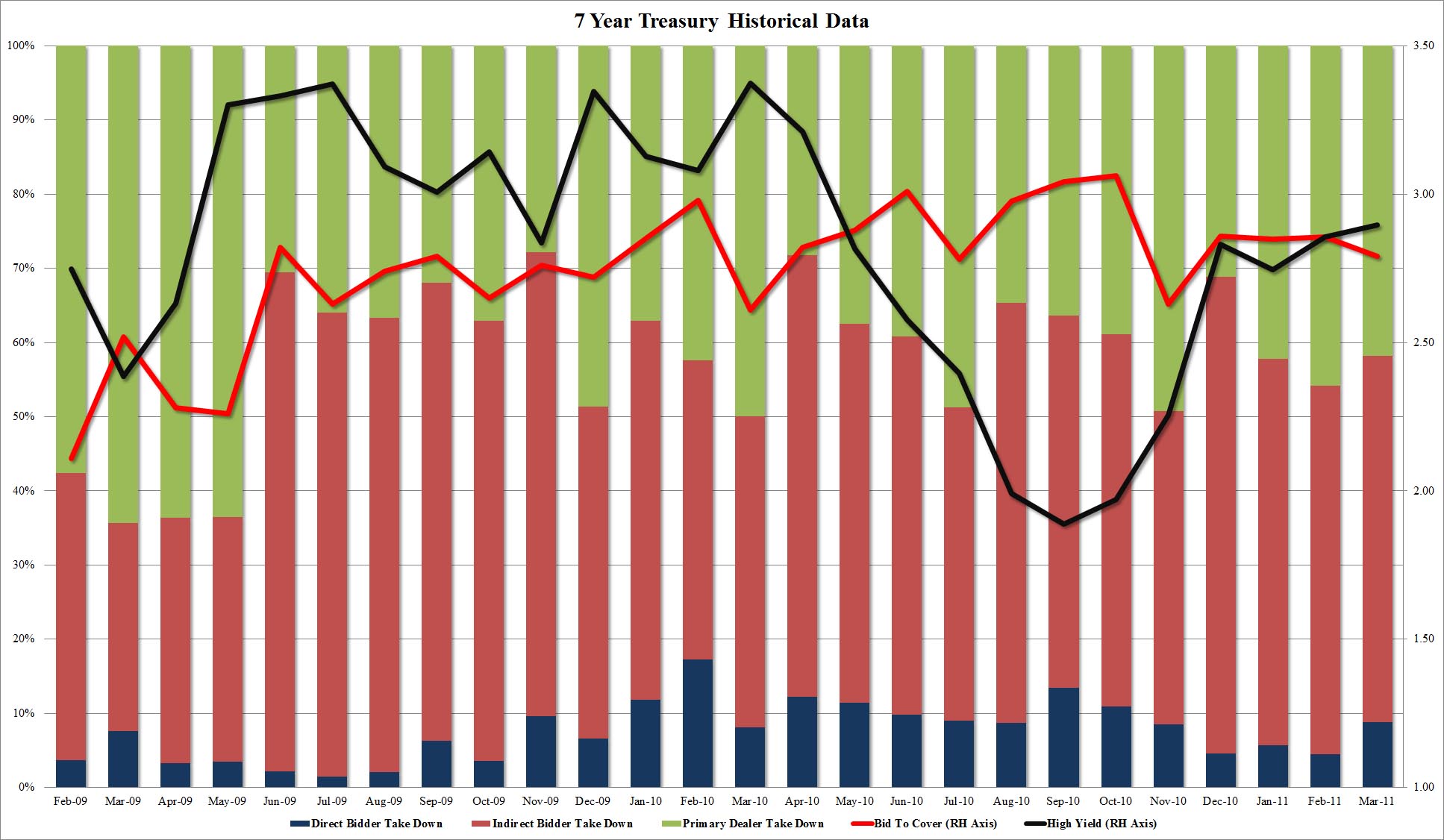 Next, the relevant news:

Therefore, the total debt subject to the limit assuming full settlement right now is $14,258,341,662,931. Which means the US is now $35.7 billion away from a bona fide breach of the debt ceiling. Yes, there are some caveats, and it is possible that there will be an accelerated redemption of bills over the next few days, pushing the total debt slightly lower, but readers get the idea. Complicating things, the SFP unwind is complete with just $5 billion in 56 Day Cash Management Bills on the books, and no longer a buffer of debt ceiling extension.

Which brings up the question: with a government shut down looming any minute, shouldn’t Congress be tackling the issue of what happens when the US enter technical default some time in the second week of April when the next battery of approximately $67 billion in new bonds are issued, which also happens to be just as tax rebate (and thus outflow) season peaks?