Gold and silver have always been money, the real money!

Oh, can you trust JP Morgan on anything? 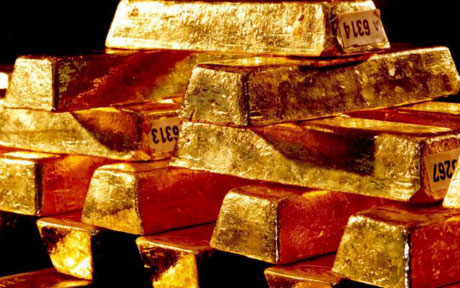 J.P. Morgan Chase & Co. announced on February 7, 2011 that it will accept physical gold as collateral for investors that want to make short-term borrowings of cash or securities.

Presenting gold to satisfy demands for performance bond collateral has been allowed on the London CME in a limited way since October 2009. As of November 22, 2010, the Intercontinental Exchange Inc. (ICE) has accepted gold bullion as collateral on all credit default swaps and energy transactions.

I don’t recall the G-20 declaring gold a new currency. Yet JPMorgan Chase and a couple of financial market exchanges have effectively declared that gold is an alternative currency.

In other words, gold is money.

Most traders in U.S. credit default swaps don’t think the U.S. will default as long as we have money printing presses, so they are speculating on price movements in U.S. Treasury bonds due to potential increases in interest rates. If speculators manage to get contracts to settle in gold, speculators on the winning side of a price move will demand collateral paid in gold.

Destruction of the Volcker Bubble Deflator

In 1979/1980 the Hunt brothers tried to corner the silver market. In March 1980, Paul Volcker (who was then Chairman of the Federal Reserve) went to DEFCON 5 and directed banks to cut off funding to precious metals speculators. That directive included billionaires like the Hunt brothers. The Hunts couldn’t borrow money against their long silver positions to meet their margin calls. Volcker popped the silver bubble and the Hunt brothers were bankrupted.

Since gold is now accepted collateral, there will always be a way to borrow against one’s gold position, so speculators that create leveraged long gold positions can always find a way to fund margin calls. The Volcker bubble deflator is no longer relevant.

How much mayhem could “creative” minds generate in the credit default swap markets, the currency markets, and the gold market? Quite a bit, since customized credit default swaps can be embedded in all manner of financial investments, and they can be written to offload unexpected risks on naïve investors.

The Dodd-Frank “financial reform” bill doesn’t address customized over-the-counter credit default swaps, and the bill doesn’t do anything at all to reign in speculation in the currency markets or the commodities markets.

Disclosure: I currently own some long positions in precious metals including gold. This is not an offer or solicitation for purchase or sale of any security and is not an investment recommendation of any kind and should not be construed as such. These comments reflect my views as of February 7, 2011, and are subject to change at any time based on market and other conditions.