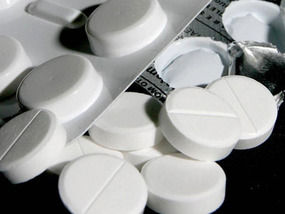 One in 20 adults regularly take at least six painkillers when ill. ­Britons each consume an average of 373 painkillers every year.

Sandra Kweder, from FDA’s Center for Drug Evaluation and Research, warned: “Patients taking these prescription products often do not know they are taking acetaminophen at all. They don’t realise that they’re overdosing.”

The change in dose will be phased in over three years.

A spokeswoman for UK regulator, the Medicines and Healthcare Products Regulatory Agency, said: “Paracetamol is a safe and effective painkiller for a range of conditions when used correctly and when the dosage recommendations are followed.

“In response to concerns about the risks associated with overdose, we have put in place a number of risk minimisation measures in the UK aimed at reducing the risk of liver damage following deliberate or accidental overdose from paracetamol.”

At her inquest in 2009, South and East Cumbria coroner Ian Smith warned of the dangers of overusing the drug.

The sudden liver failure led to her brain swelling and gave doctors no chance to save her.

Her husband Craig told the inquest how she was generally fit and healthy, but suffered frequent headaches. He said before her death he had been working away so could not monitor her intake.

A forensic expert reported that going beyond regular doses would cause liver failure.

Coroner Mr Smith said: “Mrs Loughran took too many paracetamol over a long period, her liver stopped working properly, and this affected the brain.”

He ruled that she died from swelling of the brain after accidentally overdosing.