Bob Naman is an analytical chemist with almost 30 years in the field, based in Mobile, Alabama. When WKRG News 5 gave Naman samples of water from the Gulf of Mexico, Naman found oil contamination, and one of his samples actually exploded during testing due – he believes – to the presence of methane gas or Corexit, the dispersant that BP has been using in the Gulf:

But the story only starts there.

A few days ago, Naman was sent a sample of water from Cotton Bayou, Alabama.

Naman found 13.3 parts per million of the dispersant Corexit in the sample:

That’s a little perlexing, given that Admiral Thad Allen said on August 9th that dispersants have not been used in the Gulf since mid-July:

We have not used dispersant since the capping stack was put on. I believe that was the 15th of July.

***
But I would tell you, there are no dispersants being used at this time.

More imporantly, Naman told me that he found 2-butoxyethanol in the sample.

BP and Nalco – the manufacturer of Corexit – have said that dispersant containing 2-butoxyethanol is no longer being sprayed in the Gulf. As the New York Times noted in June:

Corexit 9527, used in lesser quantities during the earlier days of the spill response, is designated a chronic and acute health hazard by EPA. The 9527 formula contains 2-butoxyethanol, pinpointed as the cause of lingering health problems experienced by cleanup workers after the 1989 Exxon Valdez oil spill, and propylene glycol, a commonly used solvent.

Corexit 9500, described by [Nalco’s spokesman] as the “sole product” Nalco has manufactured for the Gulf since late April, contains propylene glycol and light petroleum distillates, a type of chemical refined from crude oil.

Moreover, Naman said that he searched for the main ingredient in the less toxic 9500 version – propylene glycol – but there was none present. In other words, Naman found the most toxic ingredient in 9527 and did not find the chemical marker for 9500.

Since BP and Nalco say that no dispersant containing 2-butoxyethanol has been sprayed in the Gulf for many months, that either means:

(1) BP has been lying, and it is still using 2-butoxyethanol. In other words, BP is still Corexit 9527 in the Gulf

(2) The dispersant isn’t breaking down nearly as quickly as hoped, and the more toxic form of Corexit used long ago is still present in the Gulf.

Naman told me he used EPA-approved methods for testing the sample, but that a toxicologist working for BP is questioning everything he is doing, and trying to intimidate Naman by saying that he’s been asked to look into who Naman is working with.

I asked Naman if he could rule out the second possibility: that the 2-butoxyethanol he found was from a months-old applications of the more toxic version of Corexit. I assumed that he would say that, as a chemist, he could not rule out that possibility.

However, Naman told me that he went to Dauphin Island, Alabama, last night. He said that he personally saw huge 250-500 gallon barrels all over the place with labels which said:

Naman took the following picture of the label: 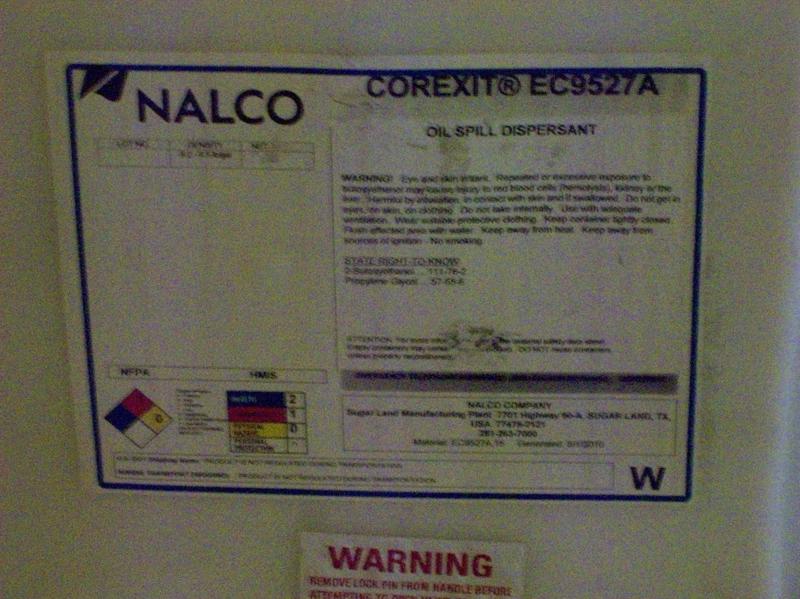 Naman further said he saw mercenaries dressed in all black fatigues, using gps coordinates, applying Corexit 9527 at Dauphin Island and at Bayou La Batre, Alabama. The mercenaries were “Blackwater”-type mercenaries, and Naman assumed they must have been hired either by BP or the government.

Naman also told me that Corexit 9527 is being sprayed at night, and that it is being applied in such a haphazard manner that undiluted 9527 is running onto beach sand. For confirmation of many of Naman’s claims, see this, this and this.

Naman sent me the following additional pictures showing Corexit pollution, use and storage (none show the mercenaries dressed in fatigues; apparently, such photos would have been too risky): 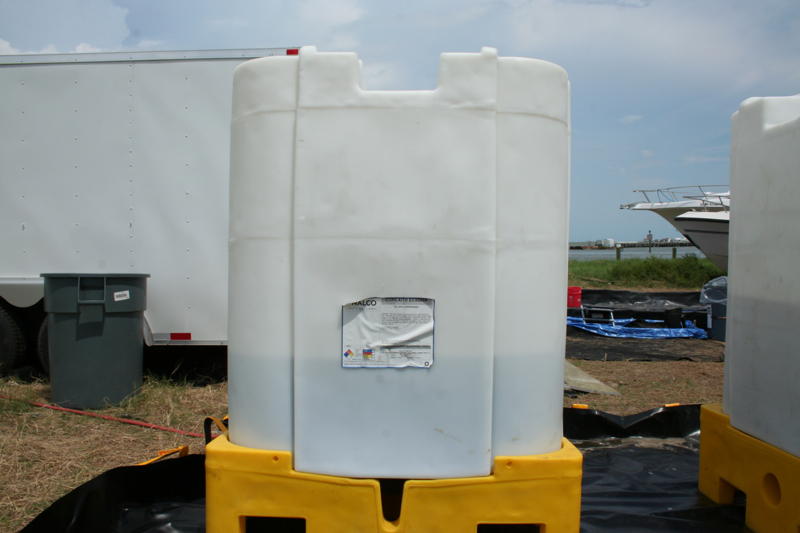 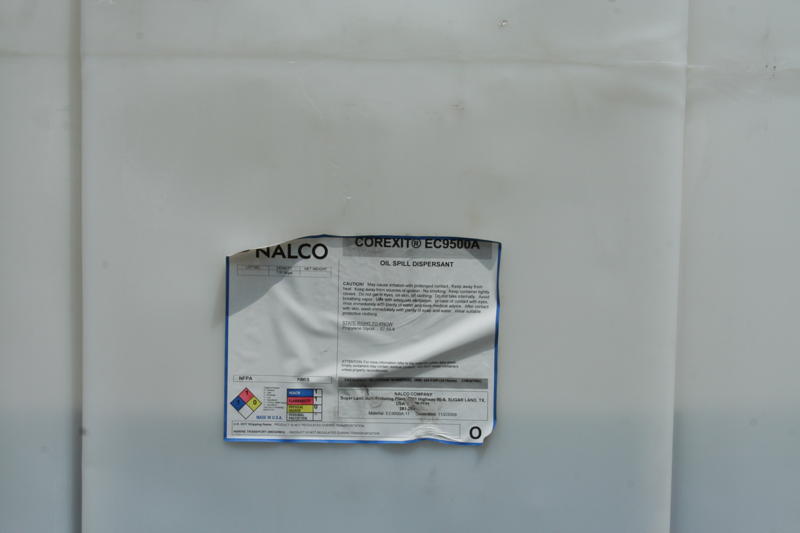 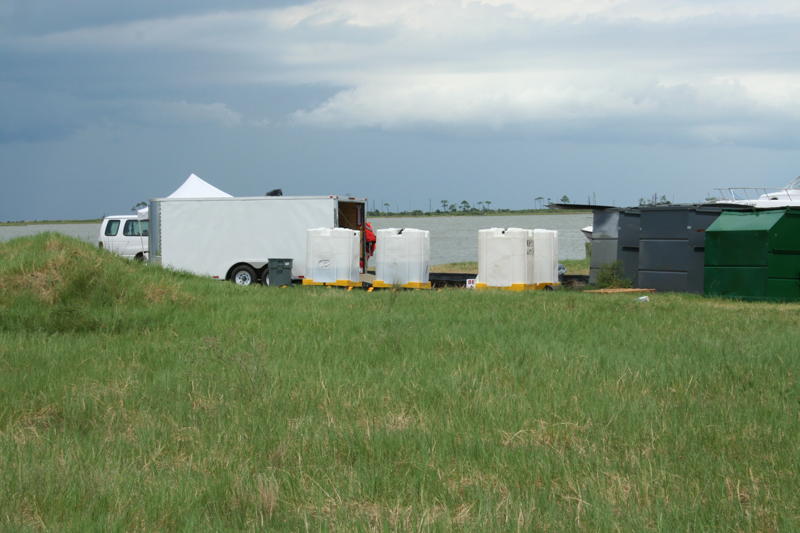 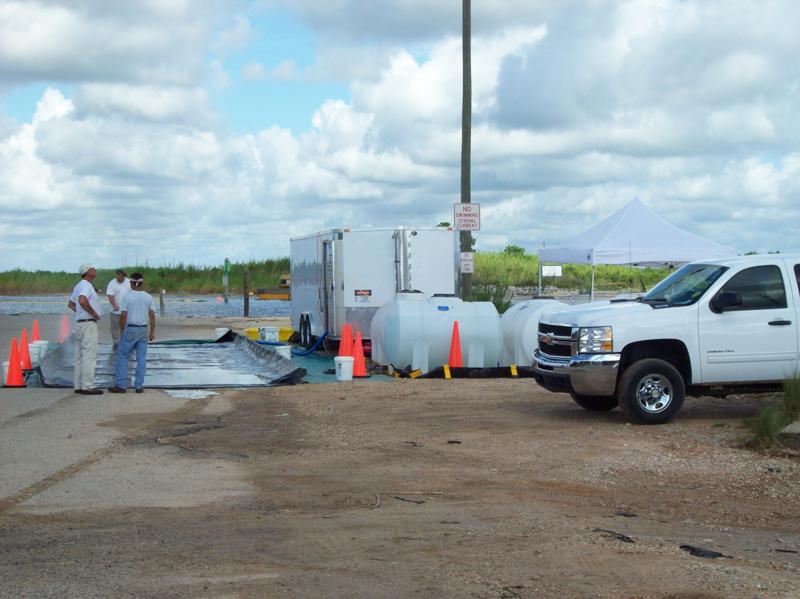 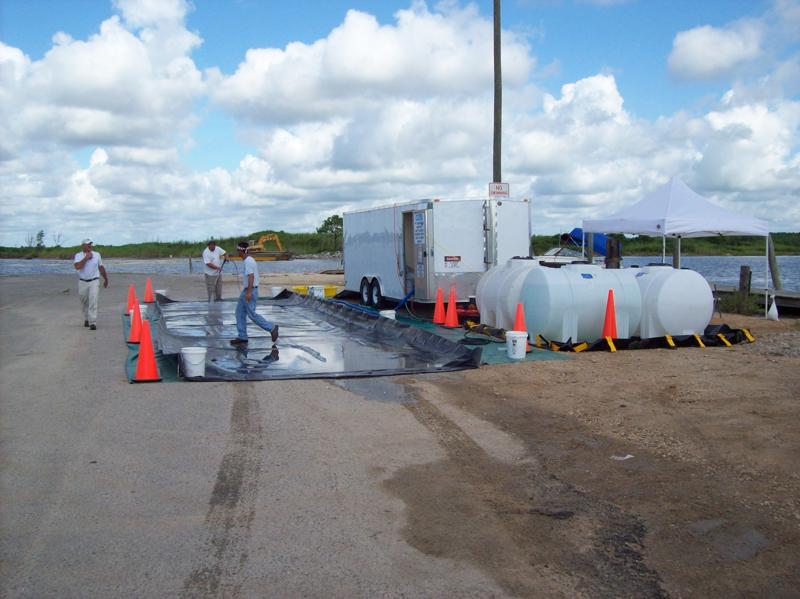 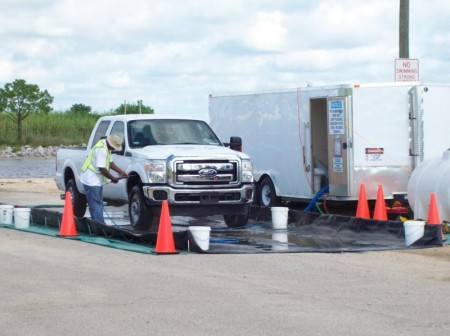 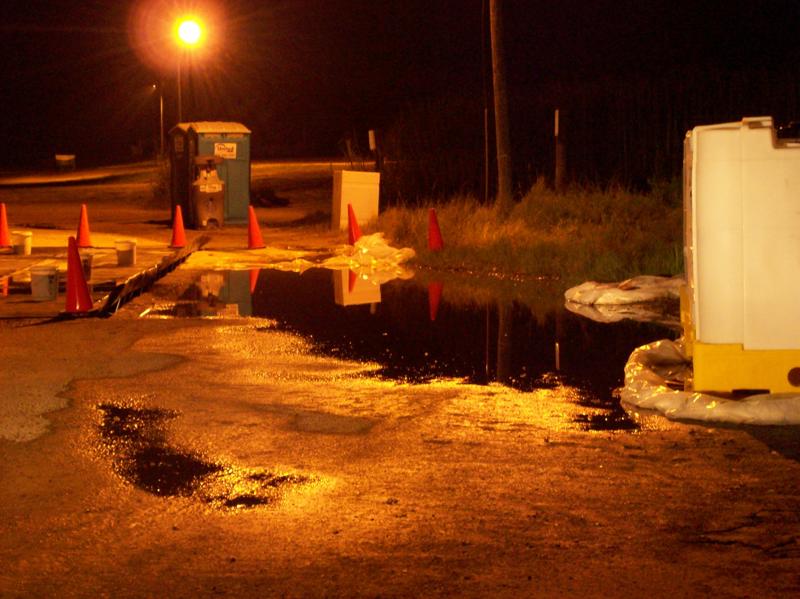 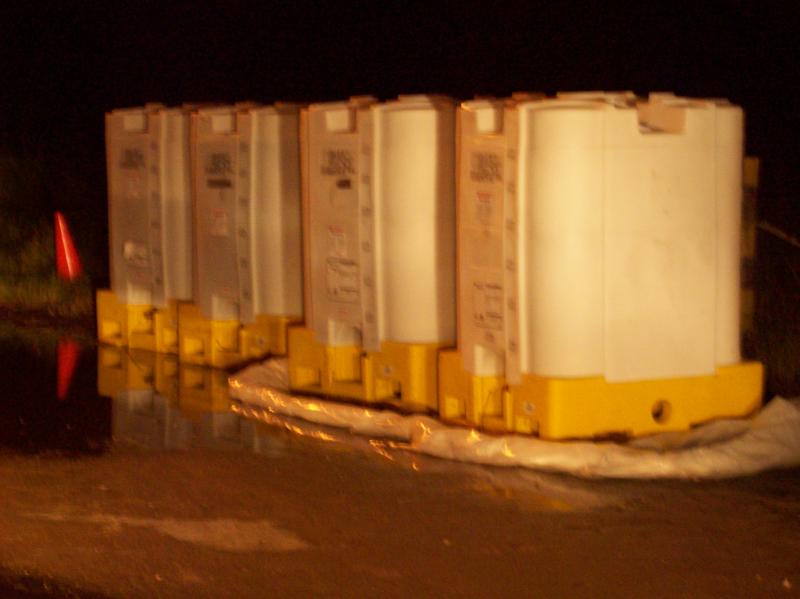 A bird eating a fish right next to the area where Corexit is handled: 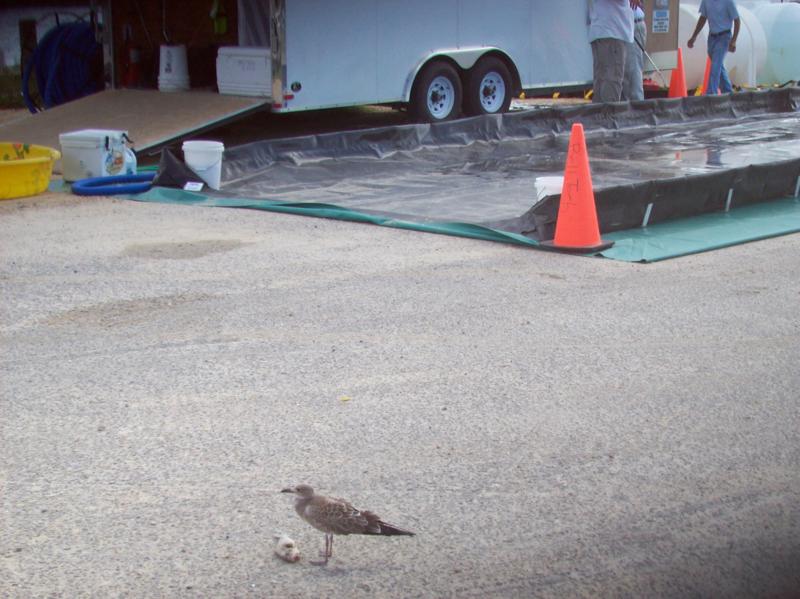 Naman also sent me the following picture showing a strange oil mixture in the Gulf: 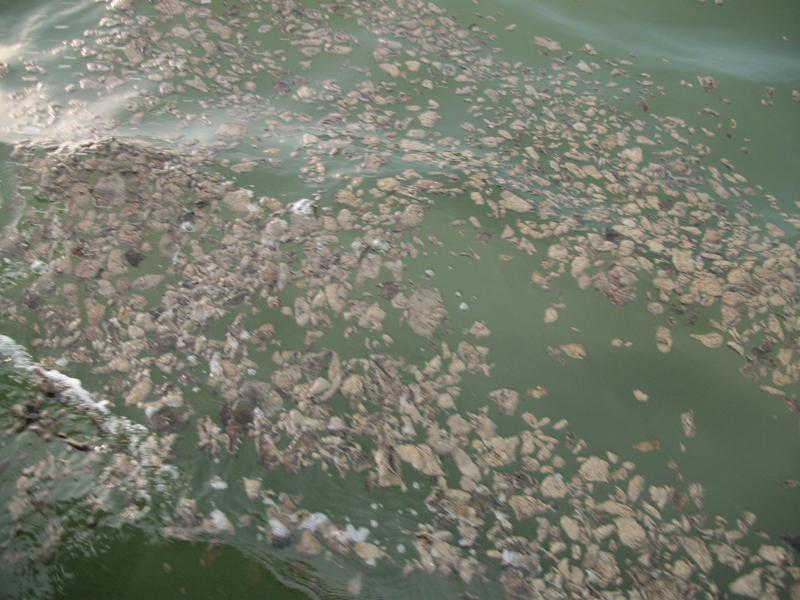