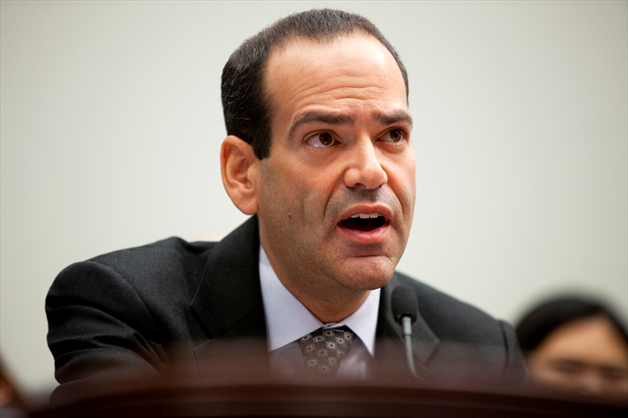 Janet Tavakoli, founder of Chicago-based Tavakoli Structured Finance Inc., says Barofsky hasn’t been aggressive enough. She says SIGTARP should be running criminal probes of the bankers who underwrote and managed the collateralized debt obligations that were at the center of the financial meltdown.

CDOs are bundles of mortgage-backed bonds and other debt sold to investors.

Tavakoli says the CDO managers sometimes replaced relatively high-quality securities with new ones that were more likely to default.

“It is securities fraud if you take securities and package them and knowingly pass them off with phony labels,” she says.

Barofsky says investigations related to the underwriting and sale of CDOs are ongoing.

Barofsky says the question of whether the New York Fed engaged in a coverup will result in some sort of action.

“We’re either going to have criminal or civil charges against individuals or we’re going to have a report,” Barofsky says. “This is too important for us not to share our findings.”

He won’t say whether the investigation is targeting Geithner personally.

WHOA: TARP Watchdog Says Criminal Charges May Be On the Table For New York Fed Over AIG Coverup 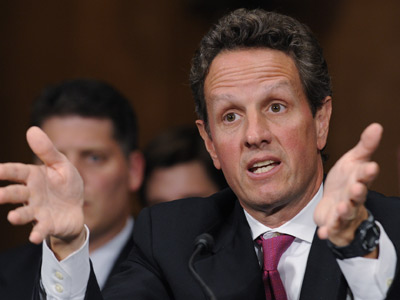 Neil Barofsky, The Special Inspector General for TARP oversight, better known as SIGTARP, says criminal or civil charges are still on the table in the AIG coverup, according to a long profile at Bloomberg.

In the eye-opening piece, Barofsky talks about how he got a crappy basement office in the Treasury building and likens its foul smell to relations between the Treasury department and himself.

Since Barofsky’s job is to watchover TARP funds and how they’re used. it should come as no surprise that when $700 billion is on the line, funds are bound to be misappropriated.

So what’s the essence of Barofsky’s beef? A few things:

So now the SEC and Barofsky are working together to comb over the details and review whether or not filing charges is appropriate, according to Bloomberg:

Geithner better have one eye over his shoulder.

– Geithner May Be CRIMINALLY Charged? (The Market Ticker):

The TARP watchdog has also criticized Treasury Secretary Timothy F. Geithner in reports and in congressional testimony for his handling of the process by which insurance giant American International Group Inc. was saved from insolvency in 2008, when Geithner was head of the Federal Reserve Bank of New York.

The secrecy that enveloped the deal was unwarranted, Barofsky says, adding that his probe of an alleged New York Fed coverup in the AIG case could result in criminal or civil charges.

I have written extensively on this matter over the last 18 months and, in my opinion, such an outcome falls under the category of “it’s about damn time!”

Barofsky, a former federal prosecutor who was once the target of a kidnapping plot by Colombian drug traffickers, says he’s also looking into possible insider trading connected to TARP. He says his agency would want to know if bankers bought stock in their companies before it was made public that their institutions would get TARP money, for example.

“There was a time when, if you got that word the stock price would go up, and if you were to trade on that information prior to the public announcement, that would be classic insider trading,” Barofsky says.

That ought to be easy.  Just subpoena yourself some trading records along with the emails and communications of bank executives.  Bingo – I bet you find dozens of instances there.

“There’s a reason there are Tea Partiers out there, and when you look at it, anger at the bailout is one of the first things they talk about,” says Barofsky, referring to the anti- Obama political movement. “This Treasury Department and the previous Treasury Department bear some of the responsibility for not being straightforward with the American people.”

The Tea Partiers (and the American people generally) are angry because of the rampant looting of the American public and taxpayer that has taken place over the last three years.

These institutions should have all been dismantled.  If it was deemed to be “necessary” to keep the firms in existence then break ’em up, fire the entire executive suite and instead of six firms give us sixty – break each into 10 pieces.  Even better, split off their depository functions and sell them to community and regional banks that did not participate in the Wall Street games!

It appears that Barofsky is looking into the issues raised by my previous Ticker on Goldman and the synthetic CDO issue as well:

“It is securities fraud if you take securities and package them and knowingly pass them off with phony labels,” she says.

Barofsky says investigations related to the underwriting and sale of CDOs are ongoing.

You betcha it is.