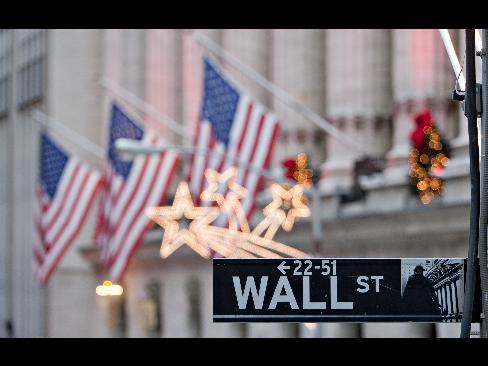 March 26 (Bloomberg) — JPMorgan Chase & Co., Lehman Brothers Holdings Inc. and UBS AG were among more than a dozen Wall Street firms involved in a conspiracy to pay below-market interest rates to U.S. state and local governments on investments, according to documents filed in a U.S. Justice Department criminal antitrust case.

The papers were filed by attorneys for a former employee of CDR Financial Products Inc., an advisory firm indicted in October. The attorneys, as part of their legal filing, identified the roster as being provided by the government. The document is labeled “list of co-conspirators.”

None of the firms or individuals named on the list has been charged with wrongdoing. The court records mark the first time these companies have been identified as co-conspirators. They provide the broadest look yet at alleged collusion in the $2.8 trillion municipal securities market that the government says delivered profits to Wall Street at taxpayers’ expense.

“If the government is saying they are co-conspirators, the government believes they have sufficient evidence that they can show they were part of the conspiracy,” said Richard Donovan, a partner at New York-based law firm Kelley Drye & Warren LLP and co-chair of its antitrust practice. Donovan isn’t involved in the case.

The government’s case centers on investments known as guaranteed investment contracts that cities, states and school districts buy with the money they receive through municipal bond sales. Some $400 billion of municipal bonds are issued each year, and localities use the contracts to earn a return on some of the money until they need it for construction or other projects.

The Internal Revenue Service sometimes collects earnings on those investments and requires that they be awarded by competitive bidding to ensure that governments receive a fair return. The government charges that CDR ran sham auctions that allowed the banks to pay below-market interest rates to local governments.

CDR, a Los Angeles-based local-government adviser, was indicted in October along with David Rubin, Zevi Wolmark and Evan Zarefsky, three current or former executives. The company and the three men have denied wrongdoing. Since last month, three former CDR employees who weren’t charged in the initial indictment have pleaded guilty and agreed to cooperate with the Justice Department.

More than a dozen financial firms are also facing civil suits filed by municipalities over the alleged conspiracy. Yesterday, U.S. District Judge Victor Marrero in Manhattan refused to toss out a lawsuit brought by Mississippi and other bond issuers.

Banks may choose to cooperate with prosecutors because in light of the government bailout funds they’ve received “a guilty plea would just be an absolute disaster for some of these companies,” said Nathan Muyskens, a partner at Shook, Hardy & Bacon in Washington and former trial attorney with the Federal Trade Commission’s Bureau of Competition.

“There have been antitrust investigations where there have been companies involved that were just never indicted,” he said in a phone interview.

At the same time, the government will probably focus on seeking to convict individual bankers, he said.

“When someone goes to jail for five years, that resonates,” he said. “When a company pays $200 million, it’s simply a balance sheet issue. Jail time is what captures corporate America’s attention.”

In a court filing yesterday, defense lawyers said they “inadvertently” included the names of individual and company co-conspirators in a motion asking the court to compel the government to provide more specific evidence of the alleged misconduct. They asked the court to strike the entire exhibit in which the list appears. Judge Marrero granted the request.

The government’s probe became public in 2006 when federal investigators raided CDR and two competitors and issued subpoenas to more than a dozen firms. The “co-conspirators” on the list released in court this week also included Wachovia Corp., which was purchased by San Francisco-based Wells Fargo & Co. in 2008. Elise Wilkinson, a Wells Fargo spokeswoman in Charlotte, North Carolina, didn’t return a call today seeking comment.

The indictments released in October didn’t identify any of the sellers of the investment contracts involved in the alleged conspiracy. They were identified only as Provider A and Provider B. They paid kickbacks to CDR after winning investment deals brokered by the firm, according to the indictments.

The firms did this by paying sham fees tied to financial transactions entered into with other companies, prosecutors said. Kickbacks were paid from 2001 to 2005, ranging from $4,500 to $475,000 each, according to the Justice Department.

According to the list contained in the court filing this week, the investment contracts involved were created by units of GE and divisions of Financial Security Assurance Holdings Ltd., a bond insurer formerly part of Brussels-based lender Dexia SA.

The kickbacks were paid out of fees generated by transactions entered into with two financial institutions that weren’t identified in the October court filing. The March 24 list filed by the defense named the two firms as UBS and Royal Bank of Canada.

Dexia completed the sale of FSA’s bond-insurance business in July to Assured Guaranty Ltd. of Hamilton, Bermuda, while retaining its outstanding investment contracts.

Thierry Martiny, a spokesman for Dexia in Brussels, declined to comment. FSA, based in New York, was the biggest insurer of U.S. municipal bonds in 2007 and 2008.

“We have no comment,” said Betsy Castenir, a spokeswoman for Assured Guaranty in New York, in an e-mail response. “Dexia has responsibility for the liabilities of the Financial Products business.”

Royal Bank of Canada “has been fully cooperating with the government,” Kevin Foster, a spokesman for the bank in New York, said in an e-mailed statement. “We have no knowledge or evidence of wrongdoing by any of our employees.”

To contact the reporters on this story: William Selway in San Francisco at wselway@bloomberg.net; Martin Z. Braun in New York at mbraun6@bloomberg.net