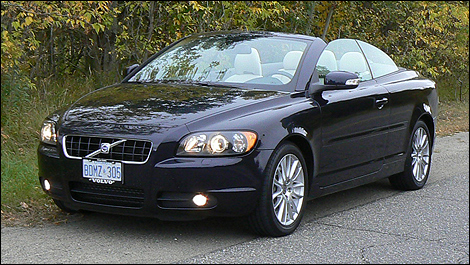 Dec. 1 (Bloomberg) — Ford Motor Co. said it may sell its Volvo unit, the company’s sole remaining European brand, a day before the automaker is scheduled to present a survival plan to U.S. lawmakers.

The review of options for Volvo was spurred by the worldwide auto decline and probably will take several months, Ford said today in a statement. Shedding the Swedish unit would complete the unwinding of a two-decade strategy of diversifying by buying European luxury brands. Volvo, acquired in 1999 for $6.4 billion, was retained after a similar evaluation last year.

Ford, General Motors Corp. and Chrysler LLC are to present plans tomorrow demonstrating why they should get $25 billion in U.S. financial aid and that they can be viable businesses. Volvo was once central to a failed strategy by Dearborn, Michigan-based Ford to reap a third of its profits from luxury autos in 2006.

“All of these businesses are being forced to reveal their hand,” said Maryann Keller, an independent auto analyst and consultant in Greenwich, Connecticut, in an interview. “Ford can put Volvo up for sale, but there aren’t going to be any buyers. It may come down to the Swedish government taking it.”

Ford, the second-largest U.S. automaker, said it decided to reevaluate Volvo “in response to the significant decline in the global auto industry particularly in the past three months and the severe economic instability worldwide.”

The automaker has said it isn’t immediately seeking U.S. aid, while wanting to be able to draw upon such assistance if it runs out of cash. Detroit-based GM, the biggest in the U.S., has said it may run short of funds for its operations this year.

India’s Tata Motors Ltd. bought Jaguar and Land Rover for less than the $2.5 billion Ford paid in 1989 for Jaguar alone. The price also didn’t cover investments Ford made in the U.K. brands, including $2.1 billion in 2005 for a revamping of Jaguar.

The automaker has been shedding European brands under Chief Executive Officer Alan Mulally, recruited from Boeing Co. in 2006. Mulally is integrating regional units and focusing on marketing the company’s namesake brand, under his One Ford plan.

Ford has lost $24 billion since 2005, the last year it had an annual profit. This year’s credit crisis and recession spurred Ford to retreat from a target of returning to profit next year.

“Given the unprecedented external challenges facing Ford and the entire industry, it is prudent for Ford to evaluate options for Volvo as we implement our One Ford plan,” Mulally said in today’s statement.

Volvo’s third-quarter pretax loss widened to $458 million from $167 million a year earlier, as its sales declined 24 percent to $2.9 billion. The unit tripled its planned job cuts to 6,000 in October and said Nov. 8 that it was in talks with Sweden’s government about potential financial support.

In September, Ford named Stephen Odell as Volvo’s CEO, the first non-Swede to head the carmaker.

Volvos are more expensive to sell in the U.S. because the dollar has weakened against the Swedish krona since 2002. That helped trigger a 24 percent slide in demand from 2004 through 2007, and U.S. sales fell an additional 28 percent this year through October.

Volvo has fared better outside the U.S. Global sales totaled 458,323 last year, 14 percent more than 1999. In 2007, Volvo recorded gains in developing markets such as Russia and China and also in nations such as France and the Netherlands.