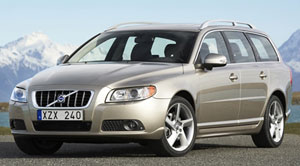 General Motors and Ford Motor have approached Sweden’s government about financial aid for their lossmaking Saab and Volvo brands.

GM and Ford want to bolster the two marques’ finances in anticipation of selling them as the Detroit carmakers grapple with a cash crunch that threatens their survival.

Ford and GM will both tell the US Congress they have long-term plans to dispose of the brands this week when they present detailed business and financial plans to support their request for $25bn of emergency funding.

Some US lawmakers are likely to seek assurances that taxpayers’ money will not go towards subsidising the Detroit companies’ far-flung overseas operations.

Ford, GM and Chrysler are exploring all financial options to avoid filing for bankruptcy protection, which they warn would decimate their car businesses.

Sweden’s government has considered devoting about SKr2bn ($248m) to Saab and Volvo in direct aid or loan guarantees, although “the discussion is open”, said Matts Carlsson, auto industry analyst at the Gothenburg Management Institute.

“The car industry in Sweden is of importance for the country as a whole, and they are open to the idea,” Mr Carlsson said. Spokespeople for Sweden’s industry ministry, Saab and Volvo could not be reached yesterday.

Analysts have long argued that GM has too many brands. It is reportedly also considering selling Saturn and Pontiac.

Mr Jonsson “has been talking to government about loan guarantees, and maybe even taking an equity stake in Saab”, said one person briefed on the discussions. GM has also raised the possibility with Stockholm of bringing more of Saab’s overseas production back to Sweden.

However, Sweden would need to design any guarantees or loans carefully to avoid breaching European Union rules on state aid.

Ford’s official position is that Volvo is not for sale but it has approached other carmakers about buying the brand, which lost $458m before tax in the third quarter. Volvo is its last wholly-owned overseas marque.

GM does not report earnings for Saab, but the brand has not made a profit since GM first bought a stake in 1989.

While Ford and GM are expected to confirm plans to sell, quick disposals are unlikely given depressed car markets and uncertainty about their futures.