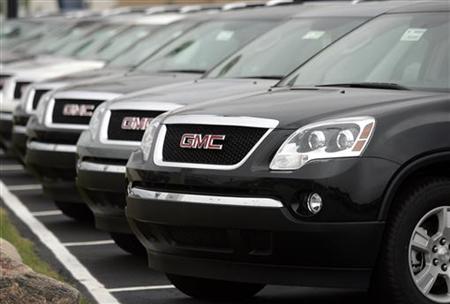 For Ford, S&P cited mounting cash losses due to lower U.S. sales and a shift in demand from large pickup trucks and sport utility vehicles amid higher gas prices and the weak economy.

Automakers are struggling to survive by moving vehicle designs to fuel-efficient cars from once-profitable SUV lines.

Liquidity for all three automakers is adequate for now but will fall significantly in the second half of this year and in 2009, S&P said.

S&P estimated Ford will burn as much as $12 billion to $13 billion from its global automotive operations this year. GM could use as much as $16 billion under “fairly conservative assumptions,” S&P said.

GM this month announced a restructuring plan to cut costs by $10 billion and sell up to $4 billion in assets in a bid to shore up cash.

Addressing speculation the automakers may file for Chapter 11 bankruptcy protection, S&P said few of their problems, such as lower sales and high commodity costs, would be helped by such a filing.

GM’s benchmark 8.375 percent bonds due in 2033 fell to a record low of 49.5 cents on the dollar on Thursday, down two cents on the day, according to MarketAxess.