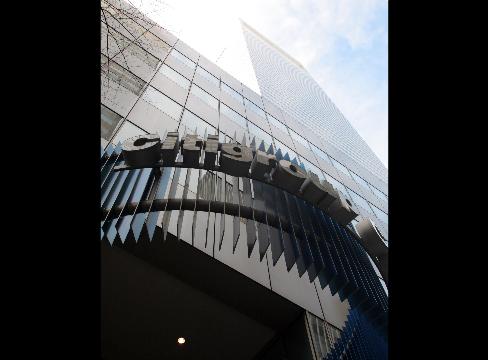 July 14 (Bloomberg) — At an investor presentation in May, Citigroup Inc. Chief Executive Officer Vikram Pandit said shrinking the bank’s $2.2 trillion balance sheet, the biggest in the U.S., was a cornerstone of his turnaround plan.

Nowhere mentioned in the accompanying 66-page handout were the additional $1.1 trillion of assets that New York-based Citigroup keeps off its books: trusts to sell mortgage-backed securities, financing vehicles to issue short-term debt and collateralized debt obligations, or CDOs, to repackage bonds.

Now, as Citigroup prepares to announce second-quarter results July 18, those off-balance-sheet assets, used by U.S. banks to expand lending without tying up capital, are casting a shadow over earnings. Since last September, at least $100 billion of assets have flooded back onto Citigroup’s balance sheet, accompanied by more than $7 billion of losses.

“If you start adding up all the potential exposures, it’s a huge number,” said Sam Golden, a former ombudsman for the U.S. Office of the Comptroller of the Currency who now heads the financial-industry practice for restructuring adviser Alvarez & Marsal in Houston. “The banks will say that it was disclosed. Investors are saying, `Yeah, but it was cryptic. We really didn’t know what you were telling us.”’

U.S. banks already are reeling from more than $165 billion of writedowns and credit losses, so shareholders are wary of unknown obligations that might force them to take responsibility for additional troubled assets. The risks have become so obvious that accounting officials are proposing new rules — some of which Citigroup opposes — that would force many assets back onto balance sheets.

Seven of the biggest U.S. banks, including Citigroup, are on the hook for at least $300 billion of credit and liquidity guarantees for off-balance-sheet loans and bonds, according to a June 30 report from consulting firm RiskMetrics Group Inc. in Rockville, Maryland. Such guarantees were remote when pledged as an inducement to bond buyers. Now, the first year-over-year decline in housing prices since the Great Depression and rising home-loan, commercial-mortgage and credit-card delinquencies have begun to trigger them.

“You will rapidly realize what a farce these off-balance- sheet things are,” said Ladenburg Thalmann & Co. analyst Richard X. Bove. “You could pick up a lot of loan losses with the stuff you’re putting back on.”

It’s impossible to predict what the losses might be from off-the-books assets or liabilities because disclosures are thin relative to what is required for balance-sheet assets, said Neri Bukspan, chief accountant for Standard & Poor’s in New York.

“A lot of information tends to disappear or becomes second or third class,” Bukspan said.

Citigroup has had to bail out at least nine investment funds in the past year, including seven structured investment vehicles, or SIVs, whose funding withered. The bank had to assume $45 billion of securities from those SIVs, which are now included in the $400 billion of on-balance-sheet assets Pandit says he’s trying to unload in the next three years.

The bank probably will report a second-quarter net loss of $3.7 billion later this week, according to the average estimate of seven analysts surveyed by Bloomberg. A loss would be the company’s third straight and add to $15 billion of losses recorded during the previous two quarters.

Citigroup plunged 69 percent in the past year in New York Stock Exchange composite trading. It closed at $16.19 on July 11, down 52 percent from April 6, 1998, when Citicorp agreed to form the modern company by merging with Sanford “Sandy” Weill‘s Travelers Group Inc.

Merrill Lynch & Co., the third-biggest U.S. securities firm by market value, also reports results this week. New York-based Merrill had to buy about $4.9 billion of mortgage-linked assets last year from an off-balance-sheet financing vehicle, resulting in a $170 million loss. It may post a second-quarter loss of $1.56 billion after reporting about $14 billion of net losses in the previous three quarters, according to a Bloomberg survey of 11 analysts.

“The riskiest assets we had, our CDOs, weren’t even on our balance sheet,” Merrill Chief Executive Officer John Thain said on a June 11 conference call with investors. Merrill would have to provide $15 billion in financing for CDOs and related obligations under a “severe stress scenario,” according to a Merrill regulatory filing published in May.

The Financial Accounting Standards Board, the five-member panel in Norwalk, Connecticut, that sets U.S. accounting rules, voted earlier this year to eliminate “qualifying special- purpose entities,” or QSPEs, a category of off-balance sheet financing exempted from tighter standards enacted following the collapse of U.S. energy trader Enron Corp. FASB also plans to clamp down on “variable interest entities,” or VIEs, that banks used when their vehicles couldn’t qualify as QSPEs. And it voted June 11 to force banks to consolidate off-balance-sheet assets whenever an “obligation to absorb losses can potentially be significant.”

Banks are required to disclose their off-balance-sheet assets in annual reports. According to Citigroup’s most recent financial statement, filed in May, the bank’s $1.1 trillion of off-the-books assets as of March 31 included $760 billion of QSPEs and $363 billion of unconsolidated VIEs.

“Our quarterly financial report provides full disclosure of our off-balance-sheet assets, including our maximum exposure to assets in unconsolidated VIEs,” Citigroup spokeswoman Shannon Bell said. That figure was $141 billion as of March 31 and included funding commitments and guarantees, company reports show.

To lose the full amount, all the assumed assets would have to be written down to zero. The figure exceeds Citigroup’s market value of about $90 billion, which dropped more than $180 billion since the end of 2006.

Citigroup’s financial statement also says that about $517 billion of the QSPEs are related to mortgage securities, and that they are “primarily non-recourse,” which means the risk of future credit losses is transferred to purchasers.

Sharon Haas, an analyst at Fitch Ratings, said anyone who has studied Citigroup’s disclosures would be familiar with the off-balance-sheet risks.

“A lot of these so-called off-balance-sheet exposures, there’s no mystery about this,” Haas said. “Whether they’re on or off balance sheet is frankly not as important from an analytical perspective as understanding the inherent nature of the businesses that they’re involved in.”

Pandit, 51, who replaced Charles O. “Chuck” Prince III as CEO in December, said in a June 27 report posted on Citigroup’s Web site that regulatory reform must include “public disclosures to investors about pertinent risk and financial information that give the market a chance to make informed judgments.”

The comments came after Robert Traficanti, Citigroup’s deputy controller, sent a letter to FASB Chairman Robert Herz on June 9 objecting to a provision that would force banks to reevaluate their off-balance-sheet assets and liabilities every quarter. Citigroup has more than 7,000 VIEs and more than 100 QSPEs, he wrote.

“We believe that this model is impractical from an operational standpoint,” Traficanti wrote. “We would not be able to perform this analysis given the resources we currently have. We would need to hire many more accountants.”

Regulators may part ways with accounting overseers and grant banks a waiver from having to raise capital against assets that have to be consolidated on the balance sheet, said Tanya Azarchs, a managing director at Standard & Poor’s in New York.

“They really don’t want to introduce any more instability into the banking system,” Azarchs said.

Mortgage-finance agencies Freddie Mac and Fannie Mae plunged to their lowest in 17 years in New York trading last week, partly on concern that off-the-books assets might swamp their capital.

James Lockhart, director of the Office of Federal Housing Enterprise Oversight in Washington, said on July 8 that an “accounting principle should not drive a capital decision by a regulator.”

That doesn’t mean regulators aren’t paying attention. Examiners keep offices inside the headquarters of large banks, and they have access to non-public records that help them analyze off-balance-sheet risks, said Bill Isaac, a former Federal Deposit Insurance Corp. chairman who is now chairman of Secura Group, a consulting firm in Vienna, Virginia.

“The bank examiners are probably more thorough now and even skeptical in looking at these things,” Isaac said. “They’re probably doing more what-if scenarios and stress tests. People thought there was a 1-in-100 chance of something happening, and as we see now, it has happened.”

By the end of 2007, the full amount had been brought back on the books. The assets had to be written down by $4.3 billion in the fourth quarter and $3.1 billion in the first quarter. The remaining balance stood at $16.8 billion as of March 31.

The commercial-paper CDO assets are in addition to the assets Citigroup took over last December from its failing SIVs. In that case, the bank didn’t have a contractual guarantee; it intervened to cushion the losses for its clients. Citigroup had $212 million of losses related to the SIVs in the first quarter, according to the financial statement.

Murkier still are the $15 billion of assets Citigroup has had to import this year from four off-balance-sheet hedge funds that unraveled. They include the Old Lane hedge fund that Pandit helped open in 2006. Citigroup bought Old Lane Partners LP last July for about $800 million. Earlier this year, the bank said it would close the fund because Pandit and other Old Lane founders had moved on to management jobs at the bank.

Citigroup incorporated about $9 billion of Old Lane assets into its trading desk.

“You had risks off the balance sheet that came back to roost,” said Marc Siegel, head of accounting research and analysis at RiskMetrics.

While Citigroup has more off-balance-sheet assets than its peers, it isn’t alone. Bank of America assumed about $6.6 billion of commercial paper issued by off-balance-sheet CDOs last year. About $5 billion related to “written put options” and $1.6 billion related to “other liquidity support,” according to the Charlotte, North Carolina-based bank’s financial statements.

JPMorgan has off-balance-sheet “conduits” with about $54 billion of commercial paper outstanding, according to its first- quarter financial statement. The bank says it is “not obligated under any agreement” to buy the debt. Even so, the bank provided a chart showing the impact if assets had been consolidated: First-quarter net income would have been $2 billion instead of $2.4 billion.

“As soon as the cycle turned, all of these risks started to come back, and companies weren’t prepared,” Siegel said. “It wasn’t transparent to the investors what was going on.”

To contact the reporter on this story: Bradley Keoun in New York at bkeoun@bloomberg.net.