Don’t miss the provided information below this article. 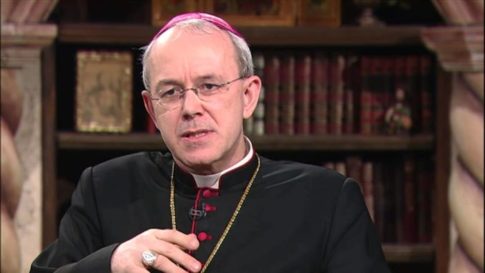 European politicians and senior Catholic officials have been bought and paid for by George Soros, according to Vatican Bishop Athanasius Schneider, who confessed to an Italian newspaper that the migrant crisis was orchestrated with the goal of “radically altering the Christian and national identity of the peoples of Europe.”

Bishop Schneider, a resident of the Vatican, made the bombshell revelation during an interview with Italian daily Il Giornale. According to Schneider, the Vatican has been infiltrated by globalist operatives and an organized campaign is being rolled out to radically alter European culture.

Speaking to the newspaper last week, Bishop Schneider said:“The migrant crisis represents a plan orchestrated and prepared for a long time by international powers to radically alter the Christian and national identity of the peoples of Europe.”

According to Bishop Schneider, the globalists operatives are determined to eradicate Christianity in Europe and the West. One of their key tactics involves flooding European countries with migrants in order to dilute the Christian base and radically change national culture and identity.

Pope Francis has been raising eyebrows for a long time over his continued support for globalist talking points. Last month the pontiff called for open borders in the United States, urging authorities to take in as many refugees as they can, and provided the examples of Germany and Sweden as models for the US to follow.

“Each country must do this with the virtue of government, which is prudence, and take in as many refugees as it can, as many as it can integrate, educate, give jobs to,” the Pope told reporters aboard his papal plane after a trip to Geneva, Switzerland.

These inflammatory statements are merely the latest in a lengthy series of disturbing announcements by the jesuit Pope and have renewed fears that he is the false prophet warned about in holy scripture and prophecy.

In July Pope Francis told the Italian newspaper La Repubblica that the United States of America has “a distorted vision of the world” and Americans must be ruled by a world government, as soon as possible, “for their own good.”

Read moreVatican Bishop Confesses: ‘Senior Catholic Officials Are Paid By George Soros’ To Help Orchestrating The Migrant Crisis With The Goal Of “Radically Altering The Christian And National Identity Of The Peoples Of Europe.”

“Famine and plague, tribulation and anguish are sent as scourges for the correction of humankind. Yet for all this they will not turn from their iniquities, or ever be mindful of the scourges.” [19-20] pic.twitter.com/9dGxWPKo7X

“Indeed, provisions will be so cheap upon earth that people will imagine that peace is assured for them, and then calamities shall spring up on the earth—the sword, famine, and great confusion.” [21] pic.twitter.com/9iGqOlnFQr

“For many of those who live on the earth shall perish by famine; and those who survive the famine shall die by the sword.” [22]

“No one shall be left to cultivate the earth or to sow it. The trees shall bear fruit, but who will gather it? The grapes shall ripen, but who will tread them?” [24-26]

“For in all places there shall be great solitude; a person will long to see another human being, or even to hear a human voice. For ten shall be left out of a city; and two, out of the field, those who have hidden themselves in thick groves and clefts in the rocks.” [26-28] pic.twitter.com/JcvbZlDepp

“The earth shall be left desolate, and its fields shall be ploughed up, and its roads and all its paths shall bring forth thorns, because no sheep will go along them.” [32] pic.twitter.com/mJcbxcR6pz

…and not long after that it will be destroyed during WW3.

THIS is probably the building he was talking about…

“That the entire project will only cost 5 million – is believed by no one (laughs).”

Before WW3 there will be a financial collapse & hyperinflation and civil war.

Saint Columba (one of Scotland's patron saints) prophesied that the Bank of England would one day go up in flames as a warning of Britain's impending downfall. https://t.co/JiBnoS4REf

The question, however, is will this fire happen before or after the economic collapse? Either way it is but a sign for Britain's last days as a power of any description. For after #WW3 power will be for ever denied to their survivors.

Was not Vladimir Zhirinovsky the one that suggested (I think it was in 2008) to drop nuclear bombs in the Atlantic in order to flood England?

“Documenting the lead up to World War 3 as predicted by German seer of same name. #WW3 is right around the corner. Hope for the best, prepare for the worst.”

"The largest part of England as well as most of the countries on the Atlantic and North Sea coast are flooded by this torrent that reaches even to Berlin. While England goes down … only the English mountain peaks rise out of the water." #WW3

I have the book about Alois Irlmaier by Stefam Berndt (in German) and Stefan Berndt is not sure if the second statement can be 100% verified.

However, during WW3 massive earth changes, the “3 Days of Darkness”, will set in and will put an end to WW3 and no place on the planet that is anywhere near the coast will be safe.

– Hopi Prophecy and the End of the Fourth World – Part 1

– Hopi Prophecy and the End of the Fourth World—Part 2