It makes sense, considering Bush’s concerted effort to destroy the Constitution and the Bill of Rights.

As Paul Joseph Watson notes, some of those “displaced” would argue that the government is not exactly helping them. “Shocking footage out of Cedar Rapids Iowa shows cops and government employee ‘strike teams’ breaking into houses of flood victims and threatening anyone who questions their actions in complete violation of the 4th amendment right that protects against unlawful search and seizure,” writes Watson. “No warrant, no knock home invasions are being carried out on the flimsy pretext of ‘checking for structural damage’ as cops harass and threaten with arrest people who refuse to have their homes ransacked by thugs in uniforms.”

It’s all part of the FEMA and Ministry of Homeland Security way of doing things. Remember when DHS spokesman John Erickson told the Indy Star residents of Indiana are basically on their own? In Iowa, that’s not the case, as local and state government are preventing residents from acting on their own. Iowa is under martial law, although not officially declared. It looks like martial law to those folks confronted by armed “strike teams” and checkpoints.

“In Cedar Rapids, residents were allowed to return home temporarily to retrieve keepsakes and other items Sunday, but authorities said Monday that strike teams had determined the neighborhoods were no longer safe, even for a quick visit,” CNN reported.

Keepsakes – as defined by government.

If neighborhoods are “no longer safe, even for a quick visit,” how long will it be before FEMA brings in the formaldehyde trailers? It looks like the feds will now get involved as the decider-commander is ready to fly in for public relations stunt, excuse me “inspection.” Bush, speaking to the script-reading corporate media, says “there has been close coordination between federal and state authorities.” In other words, the residents of Iowa and other flood ravaged states need to start worrying even more than they are already.

“I fully understand people are upset when they lose their home. A person’s home is their most valued possession,” Bush told the Associated Press.

“Federal Emergency Management Agency officials say they are dealing proactively with the Midwest flooding because of lessons learned from failures during Hurricane Katrina, as President Bush promised quick relief to the thousands affected,” reports the Washington Times. “A lot of people are going to be wondering, is there short-term help for housing? And there is, and we’ll provide that help,” declared the commander-decider. Get ready for another toxic trailer fiasco.

Not surprisingly, instead of helping flood stricken residents, FEMA has placed needed supplies out of the way in St. Louis. “FEMA positioned supplies and personnel north of St. Louis, even though the city is south of the most severe flooding and has not yet had any problems, said Robert Powers, FEMA’s deputy assistant administrator for disaster operations…. Mr. Powers said that FEMA’s planning in St. Louis is indicative of the change in the agency’s response after failing to deal effectively with Katrina in 2005.”

You’re doing a heck of a job, Brownie.

“I, unfortunately, have been to too many disasters as president,” said Bush. “But one thing I’ve always learned is that the American citizen can overcome these disasters. And life, while it may seem dim at this point in time, can always be better because of the resiliency and care of our citizens.”

In other words, Bush has occupied the White House while disasters exacerbated or created by the government have unfolded, from the deliberate “mishandling” of Katrina to the Iraq invasion and occupation. Bush and his neocon managers care so much for “our citizens” they have virtually hobbled the Constitution and the Bill of Rights. Bush so trusts and respects the citizenry, he oversaw the revision of the Insurrection Act, essentially killing off Posse Comitatus, and the John Warner Defense Authorization Act of 2007 and the Military Commissions Act of 2006. Oh, let’s not forget PDD51, National Security Presidential Directive 51.

It allows Bush to fully realize his role as the decider-commander and chuck Congress and the resilient (read, continually besieged by government) American citizen by the way side. For some reason, the corporate media did not find this directive worthy of much reportage.

Floods in the Midwest of course are not of the magnitude required to impose “continuity of government” – and government is perpetually obsessed with its own continuity above all else – but they may provide yet another dry run for a larger, more catastrophic national emergency. Our rulers have promised one for some time now.

Meanwhile, “strike teams” are breaking into houses in Iowa and providing a glimpse of how things will be under PDD51. Checkpoints and roving gangs of government thugs armed with crowbars and weapons will become common enough after Bush and the neocons declare their national emergency and finally consolidate power under martial law. 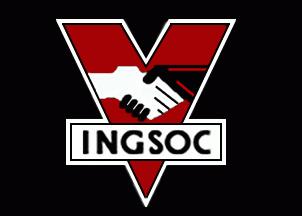 The federal government is continuing the incremental agenda to build a Ministry of Love styled detention camp system for the American people. According to a report from the Los Angeles Times, the Immigration and Customs Enforcement Agency or ICE is building three new detention camps in the United States. The detention facilities will be minimum-security residential facilities that the federal government says will be used to house illegal aliens. Considering that the majority of the American people are against illegal immigration and just want immigrants to come into the country legally, most people will believe that this is a reasonable step to solve the illegal immigration problem. Unfortunately, this is really nothing more than a phony solution to solve a problem that has been created by government policies that have been implemented to encourage the illegal alien problem. The federal government is using the illegal immigration problem as an excuse to build the detention camp apparatus that is really meant for the American people. This is pretty obvious considering Rex 84, the Army’s Civilian Inmate Labor Program, the preservation of detention camps for Japanese Americans used during World War II and additional detention facilities built by KBR. Building a series of detention facilities is not going to resolve the illegal immigration problem with an administration that has supported policies to ensure as many illegal aliens enter the country as possible. As the economy unravels and as more and more people begin to protest against this criminal government, the establishment will need these detention facilities to lock up large numbers of Americans.

Recently in Waterloo Iowa, the federal government through ICE and FEMA built a temporary detention facility on the National Cattle Congress fairgrounds to round up a group of illegal aliens working in the area. Rounding up a few hundred illegal aliens does absolutely nothing to reverse the long standing policies that created the illegal immigration problem in the first place. In fact, all they are doing to the illegal aliens they round up is to process them through their temporary FEMA camp. This is clearly not an effective way to stop illegal immigration. Under the guise of solving the illegal immigration issue they are simply having their people go through the motions in order to practice the deployment of a FEMA camp and the processing of live test subjects through the FEMA camp.

According to a report from Radar Magazine, top secret continuity of government operations includes a database called Main Core which contains a list of 8 million Americans. During a national emergency, people in this database could be arrested and detained by government authorities. In 2007, George W. Bush signed National Security Presidential Directive 51 which gives the president authority over all three branches of government during a catastrophic emergency. The Bush administration has also refused to reveal details on specific details of continuity of government operations to the U.S. House Homeland Security Committee. Perhaps the Main Core database and the plans to round up American citizens listed in this database during a national emergency is one of the reasons why they are keeping these details secret.

FEMA has also announced that they are expanding a program to transport a large number of American citizens using trains during an emergency. This is the same method that the Nazis used to transport large numbers of Jews and political dissidents to their death camps.

Read moreThe Real Life Ministry Of Love Is Being Built