Sexual assault and fascism we can take a bath in!

Texas lawmakers and federal agents came to a dramatic showdown last night, over a bill that would have prohibited Transportation Security Administration agents from conducting intrusive pat-downs. The Department of Justice circulated a letter that told the politicians if they went through with HB 1937, the TSA would cancel flights out of Texas.

Texas State Rep. David Simpson, who wrote the bill, put the ultimatum in more vibrant terms in a press release he issued today:

Either Texas backs off and continues to let government employees fondle innocent women, children and men as a condition of travel, or the TSA will cancel Texas flights. The Federal Government showed its willingness to bully the State of Texas if attempts to protect passengers from being forced to give up constitutional rights are not dropped.

In a letter to legislative leaders, the Department of Justice said the bill “would conflict directly with federal law.”

“Under the Supremacy Clause of the United States Constitution, Texas has no authority to regulate federal agents and employees in the performance of their federal duties or to pass a statute that conflicts with federal law,” John Murphy, an United States attorney, wrote in the letter.

Reuters reports that the bill would have made “intrusive touching” a crime punishable by up to a year of jail-time:

The bill described “intrusive touching” as touching a passenger’s sexual organs, or “touching in a manner that would be offensive to a reasonable person.”

(NaturalNews) In what can only be called a ruthless threat of total economic warfare, the TSA has threatened to enforce an economic blockade of Texas if the state legislature passes its bill criminalizing the TSA’s lewd pat-downs that have agents reaching down the pants of innocent travelers (http://www.naturalnews.com/032401_T…).

Texas state Sen. Dan Patrick had sponsored the bill which initially earned widespread support throughout both houses of the Texas legislature, but as the bill neared final passage, the TSA sent a threatening letter to Texas explaining that if the law were passed, the TSA would block all flights to and from Texas cities.

Just to be perfectly clear what you’re witnessing here, the TSA is saying that if your state stands up for the Fourth Amendment rights of its own citizens, then the federal government will shut down all your airports and refuse to allow airplanes to take off or land in your state. This is a form of economic tyranny being conducted by rogue federal agents who are threatening to turn Texas into a no-fly zone.

This is an act of war against Texas.

More complete BS we can take a bath in.

The United States has not had good intelligence on the whereabouts of Osama bin Laden, the al-Qaeda leader, in years, Leon Panetta, the director of the CIA, admitted on Sunday. 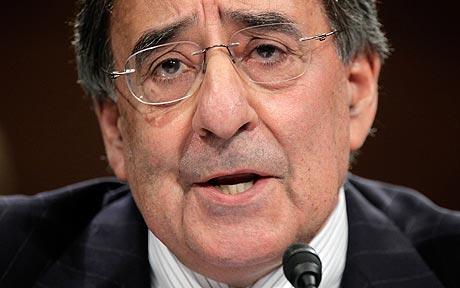 He also gave a sobering account of the war in Afghanistan, saying the Taliban seemed to be strengthening with a stepped-up campaign of violence, even as US-led forces undermine the Islamist movement with attacks on its leadership.

Of greatest concern, he said, was al-Qaeda’s reliance on operatives without previous records or those living in the US.

“We are engaged in the most aggressive operations in the history of the CIA in that part of the world, and the result is that we are disrupting their leadership,” Mr Panetta told ABC television’s “This Week”.

The rare assessment from the US spy chief comes as President Barack Obama builds up US forces in Afghanistan to prop up the government and prevent al-Qaeda from returning. Mr Panetta said only 50 to 100 militants were believed to be operating inside Afghanistan.

Mr Panetta said the al-Qaeda leadership was at its weakest point since the Sept 11, 2001 attacks, but admitted that he had not had reliable intelligence on the location of the group’s leader since “the early 2000s”.

“Since then, it’s been very difficult to get any intelligence on his exact location,” he said. “He is, as is obvious, in very deep hiding … He’s in an area of the tribal areas of Pakistan.”

Read moreCIA director: US has not had good intelligence on Osama bin Laden since ‘the early 2000s’

Now we know where the money comes from!

WASHINGTON (AP) — The Federal Reserve late Sunday opened a program to ship U.S. dollars to Europe in a move to head off a broader financial crisis on the continent.

Other central banks, including the Bank of Canada, the Bank of England, the European Central Bank, the Swiss National Bank and the Bank of Japan also are involved in the dollar swap effort.

The move comes after the European Union and International Monetary Fund pledged a nearly $1 trillion defense package for the embattled euro, hoping to calm jittery markets and halt attacks on the eurozone’s weakest members. The ECB also jumped into the bond market Sunday night, saying it is ready to buy eurozone bonds to shore up liquidity in “dysfunctional” markets.

The Fed’s action reopens a program put in place during the 2008 global financial crisis under which dollars are shipped overseas through the foreign central banks. In turn, these central banks can lend the dollars out to banks in their home countries that are in need of dollar funding to prevent the European crisis from spreading further.

The Fed said action is being taken “in response to the reemergence of strains in U.S. dollar short-term funding markets in Europe,” and to prevent the spread of that strain to other markets and financial centers.