Even type 1 diabetes is reversible!

There is not one (terminal) disease that can’t be cured.

The co-author of The pH Miracle, Dr. Robert Young in an extended 42 minute interview, talks about the importance of juicing when starting down the road to health. His program advocates alkaline foods to help balance the body against the typical american diet of mostly acid-forming foods. He says using a juicer daily could be one your most important steps to good health and longevity. 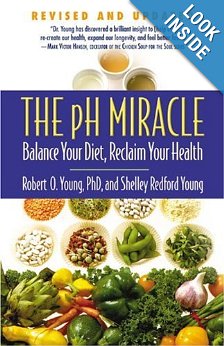 – The pH Miracle: Balance Your Diet, Reclaim Your Health

Other books from Dr. Young:

– The pH Miracle for Diabetes: The Revolutionary Diet Plan for Type 1 and Type 2 Diabetics

You need a slow juicer to get all the benefits from juicing! (Normal juicers destroy all enzymes and heat sensitive vitamins.)

As you can see in ‘Fat, Sick and Nearly Dead’ juicing is the secret of longevity and perfect health (or at least one of the most important ones).

The health benefits of juicing are not only about enzymes, vitamins and nutrients, but are also about ‘distilled liquids’!

Here is a very good & inexpensive juicer for my German readers: 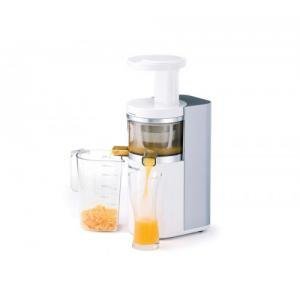 The Jupiter ‘Juicepresso’ juicer is almost a clone of the Hurom juicer: