All 104 nuclear reactors currently operational in the US have irreparable safety issues and should be taken out of commission and replaced, former chairman of the US Nuclear Regulatory Commission, Gregory B. Jaczko said.

The comments, made during the Carnegie International Nuclear Policy Conference, are “highly unusual” for a current or former member of the safety commission, according to The New York Times. Asked why he had suddenly decided to make the remarks, Jaczko implied that he had only recently arrived at these conclusions following the serious aftermath of Japan’s tsunami-stricken Fukushima Daichii nuclear facility.

“I was just thinking about the issues more, and watching as the industry and the regulators and the whole nuclear safety community continues to try to figure out how to address these very, very difficult problems,” which were made more evident by the 2011 Fukushima nuclear accident in Japan, he said. “Continuing to put Band-Aid on Band-Aid is not going to fix the problem.”

Read moreFormer NRC Chairman Gregory Jaczko: All 104 Nuclear Reactors Currently Operational In The US Have Irreparable Safety Issues And Should Be Taken Out Of Commission And Replaced

Tokyo Soil Samples Would Be Considered Nuclear Waste In The US from Fairewinds Energy Education on Vimeo.

While traveling in Japan several weeks ago, Fairewinds’ Arnie Gundersen took soil samples in Tokyo public parks, playgrounds, and rooftop gardens. All the samples would be considered nuclear waste if found here in the US. This level of contamination is currently being discovered throughout Japan. At the US NRC Regulatory Information Conference in Washington, DC March 13 to March 15, the NRC’s Chairman, Dr. Gregory Jaczko emphasized his concern that the NRC and the nuclear industry presently do not consider the costs of mass evacuations and radioactive contamination in their cost benefit analysis used to license nuclear power plants. Furthermore, Fairewinds believes that evacuation costs near a US nuclear plant could easily exceed one trillion dollars and contaminated land would be uninhabitable for generations.

– Radioactive Japan: ‘The Children Are The Sacrifices’ (Video)

Make him move to Fukushima city, …

… which is 60 km from the Fukushima nuclear plant, …

… and let’s see his reaction. 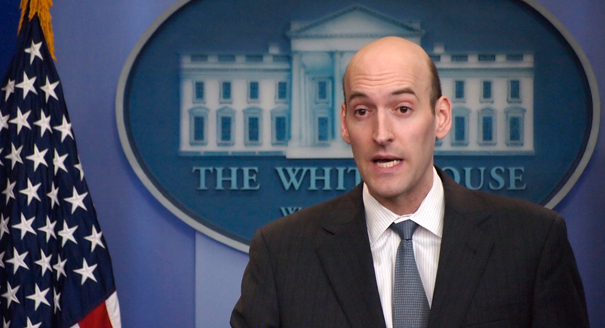 The U.S. government’s top nuclear regulator said Monday that no one has died as a result of exposure to radiation from Japan’s Fukushima Daiiche nuclear power plant, which was hit by a tsunami in March.

He did say that some people died at the plant as a result of the tsunami itself.

“What we know right now, there have been no fatalities we are aware of that are directly related to radiation exposure,” said Gregory B. Jaczko, the chairman of the U.S Nuclear Regulatory Commission. “I believe there were a few workers who were killed at the plant because they were performing work and when the Tsunami hit, they lost their life.”