Learn/study while listening to Mozart (It has been proven that the best result can be achieved with Mozart.) recorded in 432 Hz. (Low volume!)

(You will absolutely NOT get the same amazing effects and results by listening to the crap that can be found on YouTube, where they took Mozart’s pieces, slowed them down and changed pitch to 432 Hz.

All instruments really need to be tuned to 432 Hz before recording!!!). 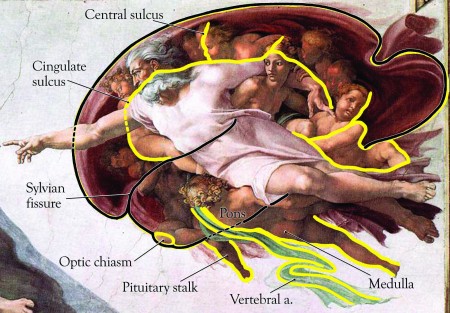 Two new studies from the Brain and Creativity Institute at the University of Southern California have revealed that even just two years of music instruction has multiple benefits.

Music training can alter both the structure of the brain’s white matter, which transfers signals through the brain, and gray matter, which has most of the brain’s neurons that are active in processing information. It also improves brain network engagements that optimize decision-making abilities and the capacity to focus attention.

These findings have been talked about in studies that have been recently published in scientific journals, including one in the journal Cerebral Cortex. They are the result of an ongoing longitudinal study that started in 2012, when the institute – which is based at the USC Dana and David Dornsife College of Letters, Arts and Sciences – partnered with the Los Angeles Philharmonic Association and Heart of Los Angeles (HOLA) to analyze the effects of music instruction on children’s emotional, cognitive, and social development.

“Together these results demonstrate that community music programs can offset some of the negative consequences that low socioeconomic status can have on child development,” says study lead author and assistant research professor of psychology Assal Habibi.

The first study had neuroscientists monitoring changes in 20 children who had learned to read and play music through the Los Angeles Philharmonic’s Youth Orchestra Los Angeles program at age six or seven.

The community music training program is very similar in structure to the one that Los Angeles Philharmonic music and artistic director Gustavo Dudamel had joined when he was growing up in Venezuela, where it was known as El Sistema.

In this study, the Youth Orchestra Los Angeles students picked up on the basics of playing instruments, such as the violin, in ensembles and groups, and they practiced for up to seven hours a week. The scientists compared the musicians to other children who were involved in other activities: 19 children in a community sports program, and, as a control group, 21 children who are not involved in any specific after-school programs.

Said regions, which are termed “auditory association areas”, are located just above the ears. The thickness of the cortex – which is the outer surface of the cerebrum where motor areas are located – is a dependable measure of brain maturity.

Children who were trained musically showed variations in the thickness of the auditory areas in the right versus the left hemisphere, a sign that music training affects brain structure. (Related: Music Shown to Facilitate the Development of Neurons in the Brain.)

“There has been a long suspicion that music practice has a beneficial effect on human behavior. But this study proves convincingly that the effect is real,” says Brain and Creativity Institute director and university professor Antonio Damasio.

In the second study that was published in the journal PLOS ONE, the neuroscientists at the Brain and Creativity Institute discovered that when the young musicians were doing a task that required intellect, they showed greater engagement of a brain network that handled executive function and decision-making.

The children who participated in the study were presented with a word whose meaning at times matched its color. The experiment is known in psychology research as the “color-word Stroop task”.

For instance, the word “blue” is shown in a blue font. After a time, however, the researchers mixed things up a little bit, and presented the kids with the word “blue” appearing in a red font. To gauge their impulse control and decision-making abilities, children were asked to disregard the written words and instead identify the color of the word. The children performed the task while undergoing a magnetic resonance imaging (MRI) scan, which measured the differences in brain responses between children who are learning music and children who are not.

“We have documented longitudinal changes in the brains of the children receiving this music instruction that are distinct from the typical brain changes that children that age would develop. Our findings suggest that musical training is a powerful intervention that could help children mature emotionally and intellectually,” Habibi says.

According to BeBrainFit.com, music can help the brains of students in such a way as to provide improved language development, improved test scores, increased brain connectivity, increased spatial intelligence, and a small increase in intelligence quotient (IQ), among others.

In addition, early music lessons can promote brain plasticity, which refers to the brain’s ability to change at any age.

For more stories concerning the mental capacities of human beings, and even of other species, visit Mind.news.