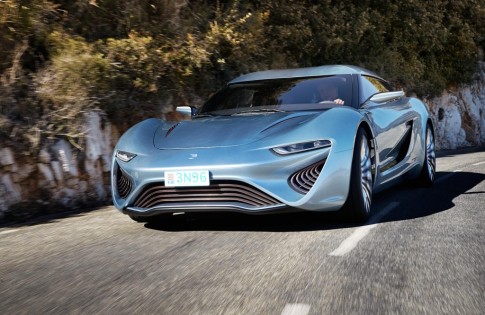 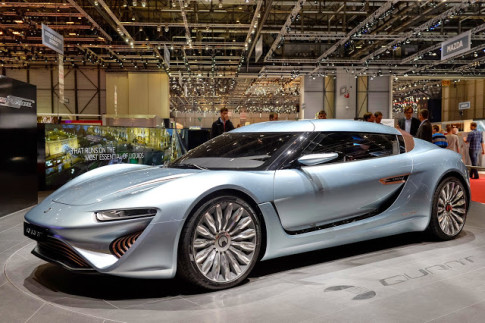 This type of alternative energy technology will eventually make gasoline powered cars obsolete, because using electrolyte flow cell technology to power cars is a lot more efficient and much cleaner than using gasoline. 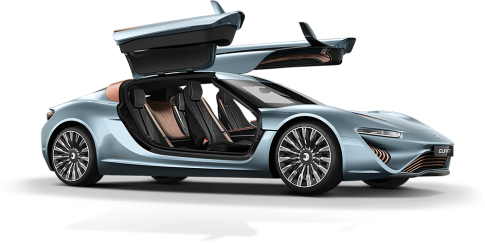 As described by The Mind Unleashed:

“The car is powered by the electrolyte flow cell power system, which is a part of the NanoFlowcell technology. The system works in a similar way to a hydrogen fuel cell, except for the fact that salt water is used for storing power.

“In particular, two liquids with metallic salts, which act as the electrolyte, are combined in such a way that the electrochemical reaction takes place. After that, electric motors use this reaction to generate electricity, which is then stored and distributed by super capacitors.

“The efficiency of this system reaches 80%, since the car has almost no moving parts in it, and the produced waste heat is insignificant in comparison with cars powered by lithium-ion batteries.” 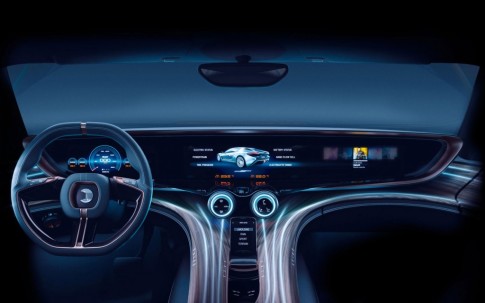 General Electric has been working on flow battery technology for years and announced in August 2013 that it aimed to power a car with a water-based battery for 240 miles, though there is no word on whether much progress has been made there. Flow cell batteries have the potential to power cars three times as far and for one-fourth the cost of lithium-ion batteries (the sort that industry darling Tesla Motors is betting big on), according to GE. Flow cell batteries are said to be safer, lighter, and easier to recharge than lithium-ion ones, as well.
Newsclip: World Premiere of the new QUANT e-Sportlimousine 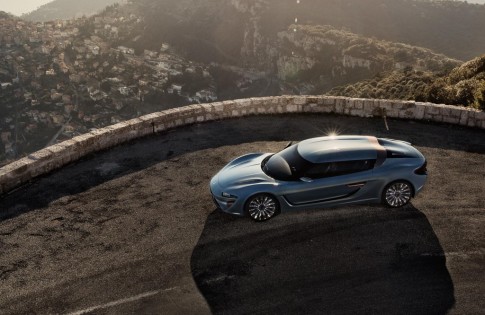 We now have a clearer picture of Nunzio La Vecchia’s energy and supercar ventures than we did when we covered the Quant teaser. La Vecchia began researching alternative energy technologies in 1991, forming NLV Solar in Switzerland seven years later. He turned his attention to auto design in 2003, partnering with Koenigsegg on the original Quant in 2009 and releasing an updated version on his own a year later. Nanoflowcell emphasizes that the cooperation with Koenigsegg ended in 2009, and the 2014 Quant represents an entirely new vehicle concept. 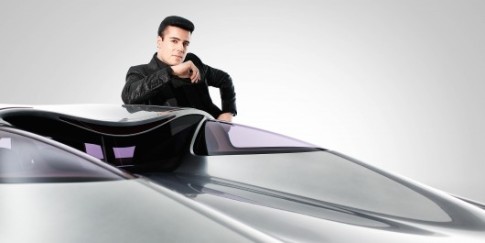 “Following the 2010 Geneva Motor Show, it was decided to pursue a completely new concept, both optically and technically,” Nanoflowcell explains. “Every element of the Quant e-Sportlimousine has been developed from the ground up over the last four years: new powertrain, complete redesign, and most importantly, every aspect of the new prototypes are designed with homologation requirements in mind.” 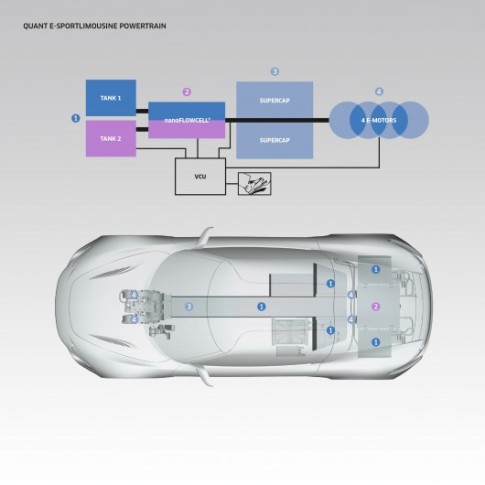 The beating heart of the new Quant is its Nanoflowcell power storage, a very specific formulation of flow battery. Flow battery power for vehicle use is being researched elsewhere, as well, but the Quant becomes what Nanoflowcell qualifies as the first actual vehicle powered by it.

Nanoflowcell explains that its technology boasts five to six times the storage capacity of other flow cell designs or lithium-ion batteries, making it primed for vehicular use. It credits that superior energy density to “an extremely high concentration of ionic charge carriers in the cell system’s electrolyte” and translates it into a 249- to 373-mile (400- to 600-km) driving range estimate. 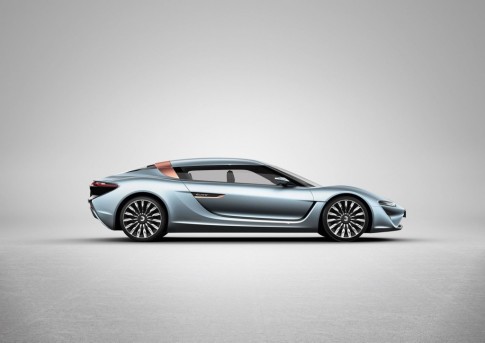 Understandably, Nanoflowcell isn’t divulging the full recipe for its flow battery or electrolytes. In its introductory video, it describes the solutions simply as salt water. La Vecchia confirmed that the full truth is a bit more complex, as the electrolytes contain a mix of metal salts and other ingredients.

The high- and low-charge solutions are stored in separate 200-liter tanks in the rear of the Quant, being pumped forward through a central cell, separated from each other by a thin membrane. This creates electricity, which flows into two supercapacitors, where it is stored and managed, released on acceleration to power the four three-phase wheel motors. Nanoflowcell says the flow technology operates with 80 percent internal efficiency.

In development for 14 years, the four-seated car measures roughly 5.25 metres in length and sports what its creators say is an entirely new kind of energy storage system, also called Nanoflowcell. The company claims that the automobile is capable of speeds of 350 kilometres per hour and acceleration of 0-100 kilometres per hour in just 2.8 seconds, and can travel distances of 600 kilometres with a full tank of a petrol made from a salt water solution. 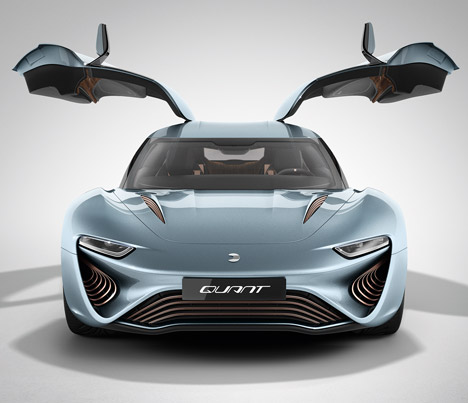 An electrochemical reaction is created by combining two liquids with metallic salts acting as the electrolyte. These solutions are pumped through a fuel cell where an anode or cathode electrode is located, creating electricity that is then forwarded to super capacitors within the car. 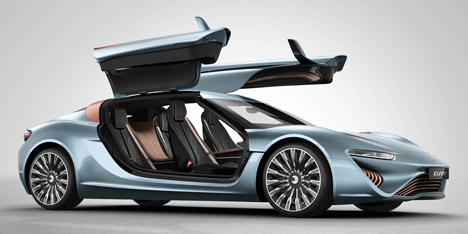 Compared to conventional technologies, one litre of the salty liquid contains 400 times more energy than a typical lead-acid battery, and the prototype car carries two 200-litre tanks on board, the company states. 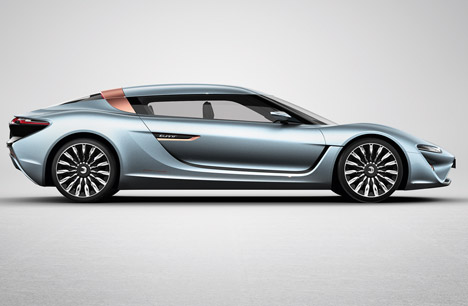 The Quant e-Sportlimousine concept made its initial debut at the Geneva Motorshow 2014, where it was met with some scepticism by critics. A separate Quant car had appeared at the same show in 2009 but never made it to market. 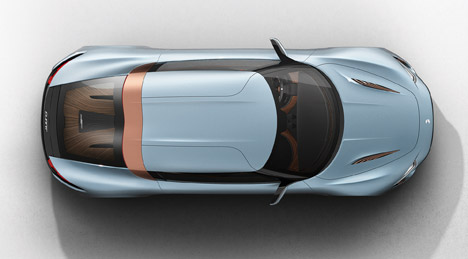 However, the news that the vehicle has been deemed safe for public roads has prompted renewed interest in the prototype. 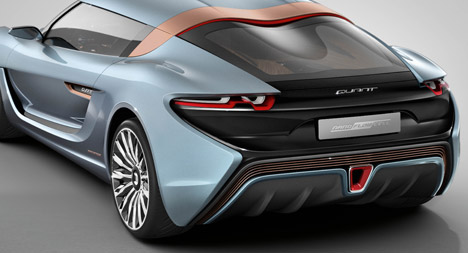 According to Nanoflowcell’s Nunzio La Vecchia, the firm has partnered with German electronics company Bosch Engineering GmbH to further develop the technology, and it hopes to release four more prototypes throughout 2014. 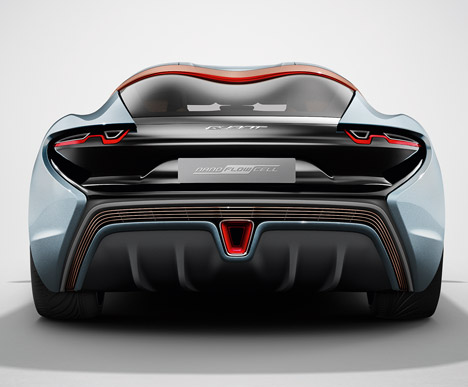 “Transforming an initial prototype into a series-production vehicle that can be used around the world is a big challenge,” La Vecchia said in an interview. “We are certain that we can manage it with this established and experienced partner.” 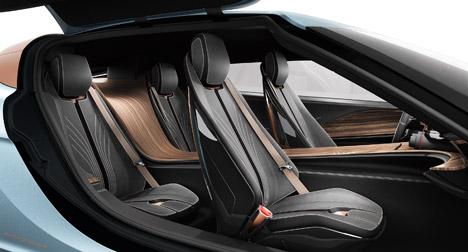 La Vecchia said in a statement that the approval from TÜV Süd marks a “milestone” not just for the prototype, but potentially for mobility in general. 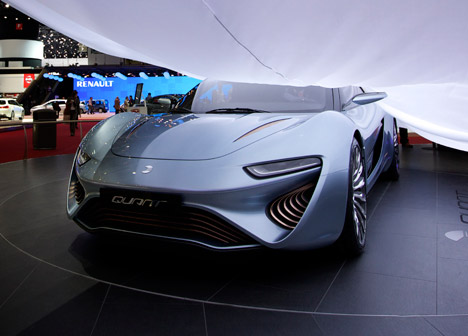 “For the first time an automobile featuring flow-cell electric drive will appear on Germany’s roads,” he said. “We are extremely proud that as a small company we have developed such visionary technology and are now able to put it into practice. But this is only the beginning of our journey of discovery.” 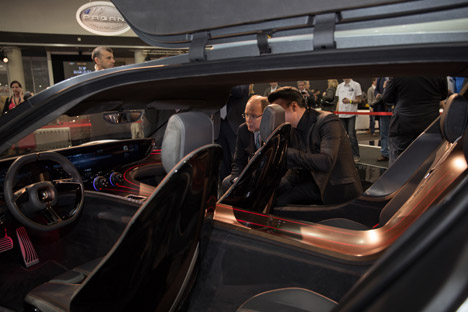 He added that investors and auto manufacturers showed “tremendous interest” in the e-Sportlimousine, and that the firm is now working at “top speed” on certifying the vehicle for series production.

The future of driving is the subject of the Dezeen and MINI Frontiers exhibition during this week’s London Design Festival. The exhibition at designjunction, 21-23 New Oxford Street, London WC1A 1BA, will run from 17 to 21 September and showcase six proposals for transport by emerging designers. 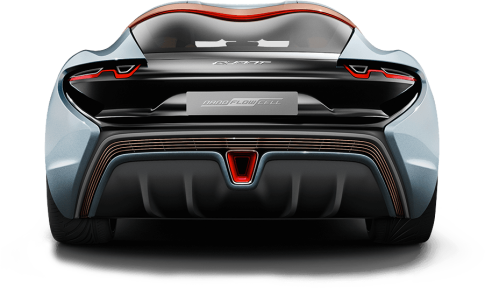