– Germanwings Airbus A320 Remote Recovery System Used To Crash German A320, FINAL ANSWER – Why The Cockpit Lock Out Story Is A LIE:

Next up from the liars: THE AGENDA. Lie#354: The suicide pilot Muslim tie-in to get support for that war in Yemen! 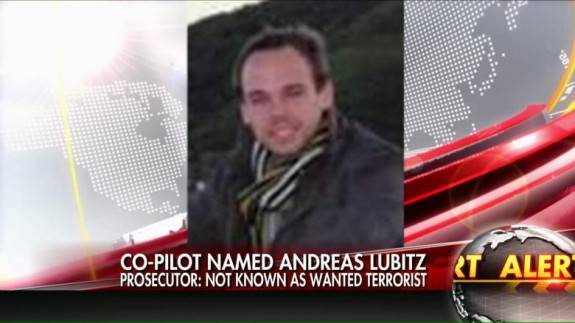 According to a German media site, it is speculated that the 28 year old copilot who crashed a Germanwings flight this week had converted to Islam. Andreas Lubitz had stayed for a time in Bremen, home of the radical mosque, Masjidu-l-Furqan, where he trained at the Lufthansa Flight Training School.

All evidence indicates that the copilot of Airbus machine in his six-months break during his training as a pilot in Germanwings, converted to Islam and subsequently either by the order of “radical”, ie. devout Muslims , or received the order from the book of terror, the Quran, on his own accord decided to carry out this mass murder. As a radical mosque in Bremen is in the center of the investigation, in which the convert was staying often, it can be assumed that he – as Mohammed Atta, in the attack against New York – received his instructions directly from the immediate vicinity of the mosque.

Converts are the most important weapon of Islam. Because their resume do not suggests that they often are particularly violent Muslims. Thus Germany now has its own 9/11, but in a reduced form. And so it is clear that Islam is a terrorist organization that are in accordance with §129a of the Criminal Code to prohibit it and to investigate its followers. But nothing will happen. One can bet that the apologists (media, politics, “Islamic Scholars”) will agree to assign this an act of a “mentally unstable” man, and you can bet that now, once again the mantra of how supposedly peaceful Islam is will continue. And worse still, the attacks by the left against those who have always warned against Islam, will be angrier and merciless.

The Masjidu-l-Furqan Mosque was raided by the police in December 2014.

BERLIN, Dec 5 (KUNA) — German authorities have closed a mosque in the northern city of Bremen, after it was accused of encouraging youth to join the extremist Islamic State group (known as ISIL), which is carrying out violent killings across Syria and Iraq.

In unprecedented circumstances, more than 100 German police personnel carried out a search of Masjidu-l-Furqan and its accompanying cultural office, which had both been under police radar since 2007.

Other sources state that Lubvitz may have been suffering from depression as he was dealing with a break-up with his girlfriend, who has yet to be located.

Police have reportedly found an “item of significance” at the apartment of Andreas Lubitz, the First Officer who crashed the Germanwing passenger plane into the Alps.  The item was NOT a suicide note.

Authorities claim they found ripped-up medical leave note(s) with the results of a urine test. They were found at this home in Dusseldorf indicated that he was “unfit for work” according to CNN and the German prosecutor Krumpf. The note was for “an existing illness and appropriate medical treatment”, according to France 24.

According to German daily Bild, Lubitz had been the recipient of a “specific and regular medical treatment” ever since his bout of depression in 2009.

He was on medication for an illness at the time of his death according to Fox news.

A website, Roman Catholic Imperialist.blogspot.com, claimed he was a convert who committed jihad.   The report also claimed that Lubitz had a Muslim girlfriend, but it is unclear if she was still dating Lubitz at the time of the crash or if he met the woman through Muslims friends.

Other news media are reporting that Lubitz had broken off the relationship after he pledged to commit Jihad for Allah.  They were supposed to marry next year.