All those who were wondering where Putin had “disappeared” to, and spreading rumors whether it was more likely his girlfriend had given birth in Switzerland or aliens had abducted him, will probably be satisfied if he were to promptly disappear once more following news that not only yesterday had he put 40,000 troops on full alert as part of “snap-readiness exercises”, but less than 24 hours followed this up with even more demonstrative military “drills” after Sputnik reported that Russian strategic Tu-22M3 (Backfire) strike bombers have been deployed to the Crimean Peninsula to hold snap combat readiness drills, a source in the Russian Defense Ministry said Tuesday, in addition to further massive troops and equipment deployment tests in the western part of the nation as well as around the Arctic circle.

As a reminder, Crimea was recently in the news following a weekend report citing Putin that he was ready to use nukes to secure the recently repossessed peninsula. So one can perhaps look at this as de-escalation.

“During the snap combat readiness drills by the Armed Forces, strategic Tu-22M3s will be deployed to Crimea,” the source said. 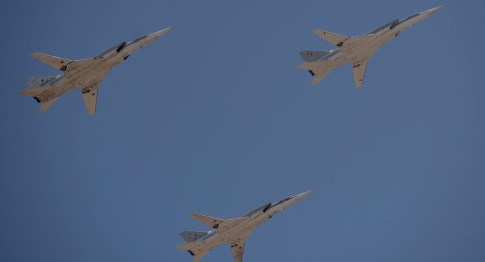 Then, perhaps to counter the build of NATO troops in the Baltics, Russia also deployed fighters and bombers to the country’s western exclave of Kaliningrad for snap combat readiness exercises, a source in the Russian Defense Ministry said Tuesday.

“Fighter and bomber aviation is to be redeployed to the Kaliningrad Region, and ground troops on the Baltic will be reinforced with Iskander missile complexes in the Western Military District that will be delivered on large landing ships from the Baltic Fleet,” the source said.

Snap military exercises will be held in the sea, as well as on the ground and in the air until March 21. Their ultimate goal is to improve the military capabilities of the Russian Armed Forces, according to the Defense Ministry. 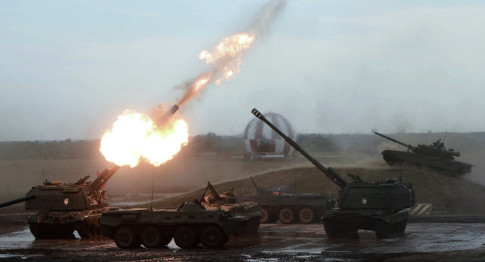 And then completing the trifecta, in addition to Crimea and Kaliningrad, as many as 30 army air force crews of Russia’s Western Military District are being redeployed from airfields in the Leningrad and Smolensk regions to a military airfield near the Arctic Circle as part of surprise combat readiness drills being held in the Northern Fleet and the Western Military District, according to an Interfax report.

“Army air force crews, which make up routine squadrons, are being redeployed. During the flight, the crews are practicing their pilot skills flying in units and near ground level,” the Russian Defense Ministry has reported.

As a further reminder, Russia has been particularly interested in weaponizing the Arctic in recent months, the location of countless energy deposits, announcing late in 2014 it would build 13 airfields and 10 radar stations to meet “unwelcome guests.” This is just a preview

The crews operating Mil Mi-24 and Mi-8 helicopters will have to cover more than 1,500 kilometers with a refueling stopover in the Republic of Karelia.

“Upon arrival, the army air force crews from the Western Military Districts will join a simulated operation to drop a landing force at a military training range, as well as will practice providing support for the Land Forces from the air, will conduct an air strike simulation against ground targets using missile and ballistic weapons, and will take part in simulated search and rescue operations,” the ministry said.

As Sputnik adds, military transport aviation crews of the Russian Air Force were redeployed from the Pskov region to the Severny airfield in the city of Ivanovo for further moving of personnel and equipment to a northern airfield, the press office of the Defense Ministry said in a statement Tuesday. 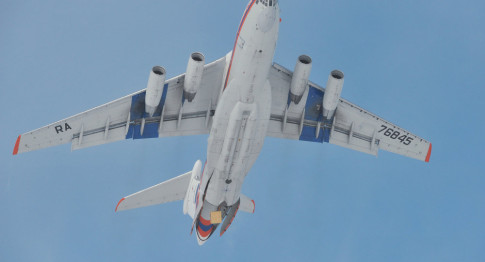 “Military transport aviation crews will deliver paratroop units to a military airfield in Russia’s polar region under a snap combat readiness exercise. More than 10 Il-76 aircraft will be used for the redeployment. The aircraft will fly over 3,000 kilometers in 24 hours. The redeployment will take place in the daytime and in the nighttime,” according to the statement.

According to the Defense Ministry, the exercises will continue until March 21

Many more are coming: the Russian Defense Ministry announced in December 2014 it planned to hold at least 4,000 military drills across the country in 2015.

And with the US now deploying tanks, armors and various other vehicles literally just across the Russian western border and soon, the Arctic as well, the possibility of an unexpected and unwelcome escalation in hostilities rises with every new military drill.