On occasion, we wonder why we still bother

Its politics as usual. Israel wants the Arab states to be kept in the stone ages, period. This also includes the rest of the world.

As far as they are concerned they don’t even want anybody to have a light bulb yet alone a refrigerator or a microwave. They are control freaks. End of story.

Clinton Baston was correct in his analysis on Iran, they have a nuclear program not a weapons program. However the two sometimes can cross over.

They only have uranium enrichment and not chemical separation that is needed for weapons development. Their reactor is a power reactor.

Israel’s is a weapons manufacturing design. It makes no electrical power so it is useful for plutonium production only. Israel has chemical processing Iran does not. But we all look the other way at Israel. It was Israel that has been testing nukes all over the world and not Iran. Again this is overlooked. So it is politics as usual.

The Israel lobby is in control. The State Department Office of Nuclear Non-proliferation is run by an Israeli operative by the name of Tom Countryman. So the game has been rigged from day one. 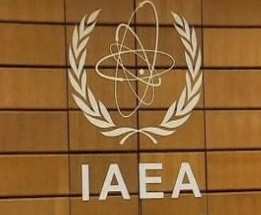 Israel has had them infiltrated for some years now

Weapons guys are all X military. The IAEA is a civilian run operation and they don’t want X military guys moving in and taking over their jobs.

So the IAEA just inspects nuclear reactors and employs a bunch of worthless PhD’s that are all writing research papers all day long. They know nothing about weapons design.

This is the key issue. They are so out of date that they keep pushing 1945 WW2 era weapons design material on the general public. They have never heard of single point or two point implosion systems.

Plutonium is only needed for miniaturization use on ICBM’s. If your target is tactical, uranium works better. It does not have all of the inherent aging and testing problems that a Plutonium warhead does.

Basically a uranium warhead is good for over 100 years after it’s made. Plutonium goes bad after about 32 years max sometimes as little as 16 years.

This is why we have over 3000 junk warheads in storage. Plutonium goes bad fast. Uranium is rock solid and is far more stable.

But it is bigger, heavier and has a lower yield. The Pentagon wanted the biggest bang for the buck. That’s great it you want to nuke Moscow. But for Iran, Pakistan or India, they only need a tactical weapon that can sink an aircraft carrier or nuke a tank column.

They don’t want to nuke Moscow and they don’t have the delivery system to do it. Just look at the Ukraine today the weapon of choice is the SS-21 tactical surface to surface missile not the SS-19 ballistic missile.

Cruise missiles, mini nukes and micro nukes are the in thing now. These NNP dummies are so out of date that a high school student knows more about the subject matter than they do. Old school versus new school. Maybe they should take a refresher course on newer nuclear weapons designs.

So it is obvious that the game is rigged. It’s all about what Israel wants and not about reality. If the IAEA was really effective and the US does not want that, then the biggest illegal nuclear proliferator in the world is the USA.

We have covertly sold off or allowed to be stolen more nuclear weapons material than any other country in the world. All we are doing is carrying forward with a “Bully Pulpit” on NNP and looking with a blind eye to our friends.

This is nothing more than Teddy Roosevelt’s policy of “Walking softly and carrying a big stick”. End of Story line………