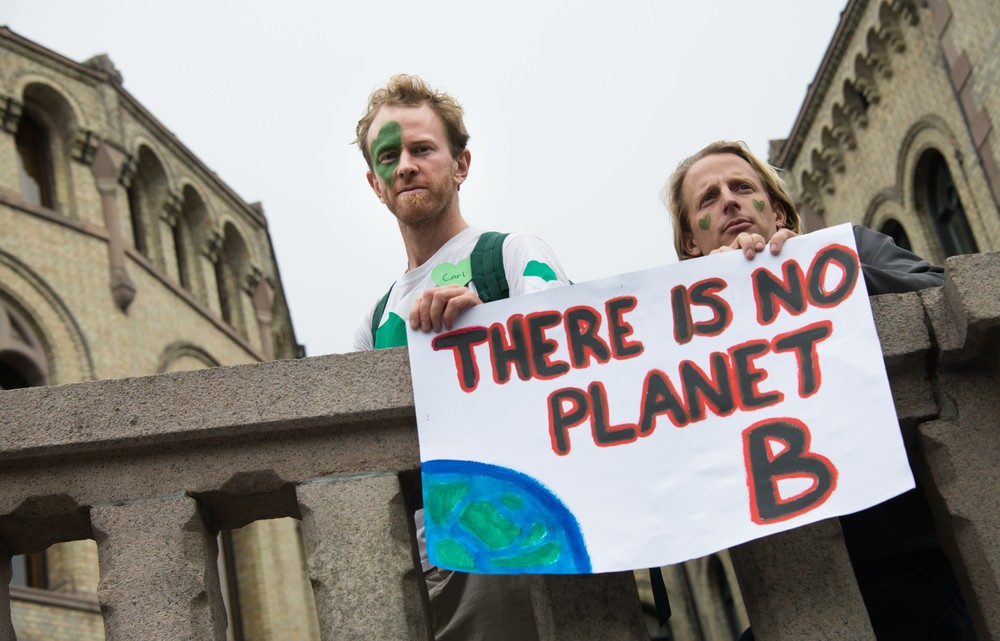 A brilliant strategy has superbly garnered the support of virtually every left-leaning organization, media outlet, journalist, and academic across the country.

The primary objective behind environmental activism related to anthropogenic global warming (AGW), aka “climate change,” is apparently not climatological, but rather is economic. The revelation came not from “global-warming deniers,” but from the United Nations’ own Christiana Figueres, who serves as the Executive Secretary of the UN’s Framework Convention on Climate Change.

At a press conference in Brussels last  month, the UN climate chief delineated the objectives of the Intergovernmental Panel on Climate Change (IPCC) and the United Nations. She revealed: “This is the first time in the history of mankind that we are setting ourselves the task of intentionally, within a defined period of time, to change the economic development model that has been reigning for at least 150 years, since the Industrial Revolution.”

She continued: “That will not happen overnight and it will not happen at a single conference on climate change, be it COP 15, 21, 40 – you choose the number. It just does not occur like that. It is a process, because of the depth of the transformation.”

Capitalism has been the primary economic model of the west since the industrial revolution. Therefore, the only logical conclusion, based on her stated objective, is the eradication of capitalism and free market economics, to be replaced with a model based on monetary redistribution. This we know by the redistribution calculations being developed by the UN’s IPCC for developed nations to pay “reparations” and “carbon offsets” to poorer countries based on carbon dioxide emissions.

While Figueres may have unintentionally disclosed the primary objective of the AGW alarmist movement within the UN, others are much less veiled. Naomi Klein, a self-defined “feminist-socialist,” environmental activist, and author of the book “This Changes Everything: Capitalism vs. the Climate,” is explicit in her denunciation of capitalism as the source of global warming. Her interview this week with Germany’s Der Spiegel underscored her denunciation of capitalism as the source of all evil in the world, including global warming. “The economic system that we have created has also created global warming. We can’t change the physical reality, so we must change the political reality.” Such a conclusion is easy to accept if the AGW alarmist premise is embraced blindly, sans scientific validation.

Ottmar Edenhofer, a German economist and co-chair of the IPCC Working Group III, explicitly affirmed the economic objective. He said a few years ago: “Climate policy has almost nothing to do anymore with environmental protection…One must say clearly that we redistribute the world’s wealth by climate policy…The next world climate summit in Cancun is actually an economy summit during which the distribution of the world’s resources will be negotiated.”

A leftist global think-tank alluded to this a few years ago. The Club of Rome proclaimed: “The common enemy of humanity is man. In searching for a new enemy to unite us, we came up with the idea that pollution, the threat of global warming, water shortages, famine and the like would fit the bill. All these dangers are caused by human intervention, and it is only through changed attitudes and behavior that they can be overcome. The real enemy then, is humanity itself.”

One of the luxuries of basing a movement’s argument on quasi-science, including heavily doctored reports and “data,” is that bogeymen can be made of almost anything. And in the case of the AGW alarmists, it’s man, and capitalism. Once mankind is identified as the culprit behind climatic changes, his every activity can be justifiably regulated, controlled, and taxed. And once taxed, an omnipotent government that idyllically “cares” for the collective can redistribute it. And as Figueres and Klein evidence, it can provide the irrational justification for changing the global economic system.

Coups, revolutions, and violent upheavals have worked only marginally to eradicate capitalism and replace it with socialistic economic models, all of which have failed, or are in the process of doing so. It would appear that the entrenched prevalent ideology of the UN has found a new way to fundamentally transform the world with the visage of Marx.

Considering the ultimate goal of the UN’s climate panels is to eradicate capitalism, it’s refreshing when a scientist who shares their ideology questions the quasi-scientific premises upon which the plan is based. Fritz Vaherenholt is a socialist, and the founder of Germany’s environmental movement. He was a reviewer of the IPCC reports and, while initially was supportive of them, found a host of scientific errors that proved to him the conclusions were defined before the scientific method was even attempted.

Vaherenholt’s recent book, “The Cold Sun: Why the Climate Disaster Won’t Happen, charges the UN’s IPCC with “gross incompetence and dishonesty… especially regarding fear-mongering exaggeration of human CO2 emission influences.” He expressed how stunned he was by the large number of scientific and computer-modeling errors he was finding in IPCC reports. He voiced his disapprobation in an interview with the German news publication Bild: “… IPCC decision-makers are fighting tooth and nail against accepting the roles of the oceans, sun, and soot. Accordingly, IPCC models are completely out of whack. The facts and data need to be discussed sensibly and scientifically, without first deciding on the results.”

But that’s precisely what has happened. The ideological plenipotentiaries in the UN, intent on implementing Marxist ideology, started with an objective, identified a human activity they could foment fear over, draw in like-minded “scientists” as apologists to “validate” their predetermined “consensus,” and fundamentally transform the global economy as an end result. It’s a brilliant strategy that has superbly garnered the support of virtually every left-leaning organization, media outlet, journalist, and academic across the country.

But the key to it all was reclassifying the atmospheric gas that facilitates photosynthesis and makes the world lush and green, and the gas emitted by mammals when we exhale, as a pollutant and a causal force in destroying the world. That’s a simple premise to accept when so much of the populace is either too acquiescent, uninformed, or ideologically aligned with the intended goal, to view it objectively.

1 thought on “Objective Behind Climate Change Is Economic, Not Climatic”